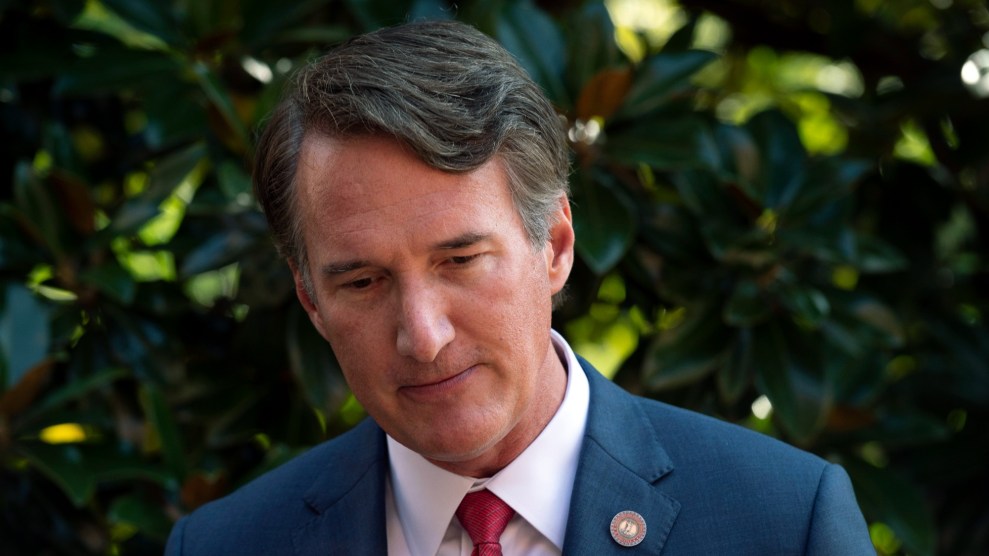 Gov. Glenn Youngkin, in a rare show of contrition in an increasingly shameless Republican Party, has decided to apologize. The Virginia governor sent a handwritten letter to House Speaker Nancy Pelosi after cracking a joke about the brutal assault against her husband. According to her spokesperson, the top Democrat accepted Youngkin’s apology.

In a statement to the Huffington Post, Youngkin confirmed the letter, admitting that he had messed up with his remarks:

“My full intention on my comments was to categorically state that violence and the kind of violence that was perpetrated against Speaker Pelosi’s husband is not just unacceptable, it’s atrocious. And I didn’t do a great job with that. And so listen, it was a personal note and it was one between me and the speaker, just to reflect those sentiments.”

Last month, a far-right extremist, identified as David DePape, broke into Pelosi’s San Francisco home with plans to kidnap the House Speaker. From there, DePape, who had been carrying zip ties and rope at the time, violently attacked the 82-year-old husband of Pelosi, Paul Pelosi, with a hammer, fracturing his skull and causing serious injuries to his hands. Before attacking her husband, DePape allegedly shouted, “Where’s Nancy?”

Just hours later, Youngkin told a crowd at a rally for Republican House candidate Yesli Vega: “Speaker Pelosi’s husband, they had a break-in last night in their house, he was assaulted. There’s no room for violence anywhere, but we’re going to send her back to be with him in California. That’s what we’re going to go do.”

Here is the video of @GovernorVA Glenn Youngkin mocking the attack on Paul Pelosi and attempted assassination of the Speaker of the House.

The crass comment was among several by Republicans to make light of the shocking assault against Pelosi’s husband.

So far, Youngkin appears to be the only one to openly apologize for such cruel behavior.  There’s been no apology from Donald Trump Jr. for retweeting memes about the attack. It’s nothing but crickets from Elon Musk for promoting baseless conspiracy theories. And we’ve heard nothing from former president Donald Trump, who two days after the assault, called Pelosi “an animal” during a rally for GOP senator J.D. Vance, effectively reinforcing the target already placed on Pelosi’s back. My colleague, Mark Follman, said it best:

It’s not just that Trump brazenly continues to put a target on the House speaker personally, even after she was just targeted in an assassination plot and her husband nearly was murdered. The ex-president’s language on Monday night is further disturbing in a specific regard: By dehumanizing Pelosi, Trump is boosting the likelihood that a random extremist supporter will be moved to commit an act of violence in response.

Maybe we’ll see some more decency in the days ahead. But judging by the actions of people like Rep. Andy Biggs, who made this especially obscene joke Tuesday night, it doesn’t seem likely.