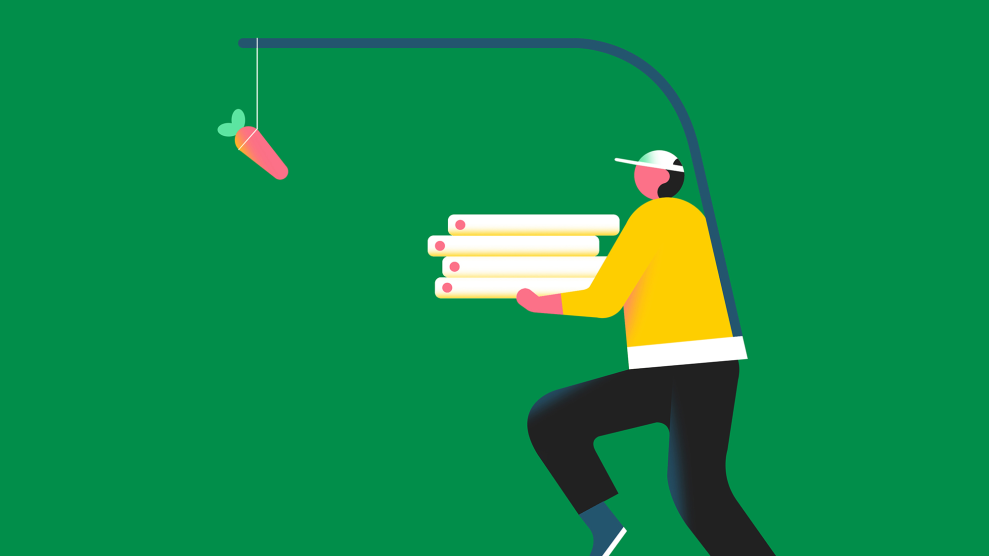 Cardell Calloway was at an Uber Eats Driver Appreciation Day pizza party when he realized he was getting screwed. It was just before Christmas 2017, and Calloway, who spent up to 80 hours a week delivering food for various gig companies including Uber’s food takeout service, had suspected he and his fellow drivers might be getting a bonus. Instead, an Uber Eats representative told the 40 or so people who’d gathered at a Southern California pizza parlor that the company’s pay model was changing.

No reason to worry, the rep explained: Yes, drivers would be paid less per delivery, but this would mean more deliveries, so more money. “We pull out our calculators,” Calloway recalls. “We’re barely making $8 an hour.” Caught in a flurry of anxious questions from the drivers, the rep got up to order more pizza and never returned.

Uber Eats could leave Calloway and his colleagues hanging because, officially, it wasn’t their employer. In the company’s view, they were just independent contractors who happened to use its app to connect with people who wanted takeout. Never mind that it established how much they were paid per trip or that its business would crumble without them: Because they weren’t real employees, Uber owed them none of the benefits of a real job, like overtime pay, workers’ comp, health insurance, or paid sick leave.

“See, the thing is, I don’t want to eat pizza,” Calloway says. “I want to be able to afford a good meal.” So his interest was piqued when he found a note stuck to his windshield from the Mobile Workers Alliance, a group of gig drivers seeking to make tech companies classify contractors as employees. MWA began with 20 drivers in 2017. Three years later, it claims a network of more than 20,000 members and supporters, some of whom, including Calloway, pushed California’s lawmakers to take action.

The result was Assembly Bill 5, which set up a test to determine if gig workers were de facto employees and made it harder for companies to classify them as contractors if their work is essential to the business. The bill, which received backing from senators Kamala Harris, Bernie Sanders, and Elizabeth Warren, passed last fall and went into effect January 1.

Yet most gig companies have stalled in transitioning their contractors to employees. The result is that, as coronavirus has shut people indoors, delivery workers like Calloway are now on the frontlines of a global pandemic, with few protections to keep themselves safe. To call attention to the precariousness of their situations, low wage tech workers at Instacart, Shipt, and Amazon, have organized strikes—a growing movement questioning the economic ecosystem of gig work.

For their part, gig companies are doubling down on their opposition to the law, which dared to question one of the tenets of Silicon Valley: A business is not defined by the service it provides but by its technology—its platform. Uber is a platform for “several different types of digital marketplaces.” Lyft is a platform “where persons…seek transportation to certain destinations.” Instacart’s grocery delivery drivers are just participants in a “communications and logistics platform.” Twitter, Facebook, and Instagram are platforms, so they claim they can’t be expected to police misinformation or hate speech. Platforms exist in a state of sublime inno­cence, free from any responsibility beyond providing the infrastructure for connecting people.

None of My Business

Uber, Lyft, and Instacart aren’t the only companies that don’t want to be defined by what they actually do.

Audi: “We are a tech company that happens to make cars.”

Big River Steel: “At our core, we’re a technology company. We just happen to make steel.”

Shea Homes: “We’re a service company that just so happens to build homes.”

Wild Alaskan: “Wild Alaskan is a tech company that happens to sell seafood.”

Even before AB 5 went into effect, Uber and Postmates, another delivery app, sued California to stop the law. (A federal judge denied the companies’ initial request.) Uber, Lyft, Instacart, DoorDash, and Postmates have spent $110 million to promote and gather signatures for a proposed ballot measure that would essentially exempt many gig companies from the law. The companies formed a group that recruited what it calls “app-based drivers” to serve as spokespeople for the proposition, which will almost certainly appear on the November ballot. Op-eds written by drivers associated with the campaign called it a matter of “flexibility.”

The coronavirus appears to have done little to change the minds of company executives. Uber told Mother Jones it was still “100 percent” behind the ballot measure. And when CEO Dara Khosrowshahi sent a letter to President Donald Trump, arguing that government benefits should go to drivers to help with the economic fallout from COVID-19, he made it clear he didn’t want such benefits to be a case for making Uber employ those drivers. It would harm, Khsrowshahi argued, their “flexibility.”

Not so, says Calloway. When he began driving for Uber in 2014, at age 60, he was living in a town in the Mojave Desert, about an hour and a half from Los Angeles. He was, in theory, free to decide where and when he worked. But “if I want passengers, I have to drive to Los Angeles to get them,” he recalls. At first, he made the 140-mile round-trip drive every weekday. But when he realized that was a “losing proposition” financially, he started living out of his car. “What kind of flexibility is that?” he asks.

Since January, state lawmakers have introduced no fewer than 30 bills to soften or repeal AB 5. Lyft has put $2 million into Californians for Independent Work, an independent expenditure committee working to unseat pro–AB 5 legislators.

The law’s unintended consequences have also ticked off employers and employees in other sectors. In November, the California Trucking Association sued state officials, arguing that independent truckers regularly carrying loads for companies should stay contractors, not become employees. Journalists have taken to their natural habitat, Twitter, to complain that AB 5 hurts freelancers. SB Nation, the sports site owned by Vox Media, blamed the law when it laid off its entire California workforce. A day later, organizations representing freelance writers and photog­raphers sued the state attorney general, calling the law unconstitutional.

Assembly member Lorena Gonzalez, AB 5’s author, says there are legitimate concerns, but chalks up much of the pushback to Republican theatrics and “corporations paying for disruption.” But she says the law was necessary. In the midst of a pandemic, gig workers have been driving and making deliveries without protections for long-term unemployment or if a family member gets sick. And even if AB 5 hadn’t become law, many of the same companies now complaining would likely have been forced to make changes due to a 2018 California Supreme Court ruling that set a near-identical standard for defining independent contractors.

So far, there aren’t many examples of how the new law has helped gig workers. Gonzalez says Gov. Gavin Newsom seems to be unenthusiastic about the law. “If I was holding out for this governor to enforce,” she said, “I think I’d be holding my breath all year.” There have been some small victories for gig workers. In September 2019, the San Diego city attorney took Instacart to court under AB 5 for classifying its shoppers as contractors. Earlier this month, Senator Warren wrote to major gig companies to reclassify contractors amid the coronavirus pandemic as employees. A judge recently agreed that workers picking out customers’ groceries likely “perform a core function” for the company.

The changes Calloway fought for won’t help him much now. Earlier this year, his car, which had 155,000 miles on it, broke down. He’s living in his RV back home, too broke to afford a new car and unable to drive for work anymore. The gig economy promised freedom for drivers, but it left Calloway worse off than when he’d started. “They say it’s innovative because it’s on a platform,” he says. “But when you’re cheating everybody, how innovative is that?”