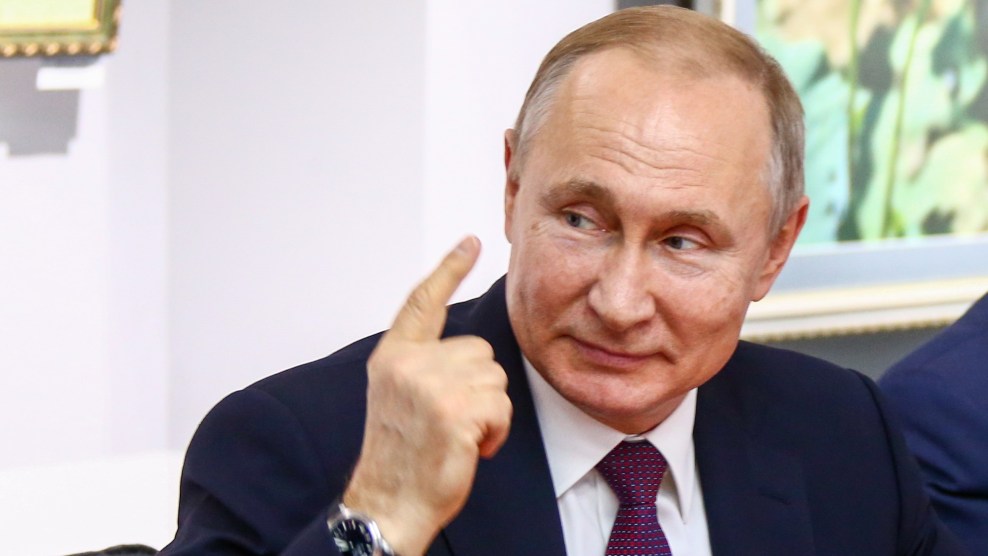 One of the frustrations of investigative reporting is that usually you don’t see the impact of your work until much later—if at all. That’s why it was remarkable when, earlier this week, House Speaker Nancy Pelosi and Senate Majority Leader Chuck Schumer asked the FBI to investigate contacts between Cindy Yang, a Donald Trump donor and founder of a massage-parlor chain, and the president of the United States.

This was just days after Mother Jones’ Daniel Schulman, Dan Friedman, and David Corn exposed Yang’s efforts to sell Chinese executives access to Trump, and her involvement with organizations connected to the Beijing government. And since those stories got a lot of attention, I thought it might be a good time to open the box a little and show readers like you—whose support makes this and all of our work possible—how an investigation like that comes together. (It’s also a good antidote to the tunnel vision on the Mueller report prevalent among the commentariat right now: Whatever is in his report will not be the end of the story of foreign influence, corruption, and betrayal in the Trump orbit. Not by a long shot.)

So rewind to the morning of Friday, March 8 (it does feel like a year ago already), when the Miami Herald broke the news that Yang, the former owner of the massage parlor where Patriots owner Robert Kraft was recently busted for allegedly soliciting prostitution, had watched the Super Bowl at Mar-a-Lago and taken a selfie with the president. It was the kind of story that makes MoJo reporters’ ears perk up: When wealthy businesspeople, donors, and politicians hobnob, there’s usually more to the story. Especially with Donald Trump.

News and engagement editor Inae Oh quickly found that Yang’s Facebook page was full of photos of her with Republican power brokers. She began taking screenshots, knowing that people often take down their accounts when they’re in the headlines, and dug through Florida business records to confirm directly that Yang was associated with the spa from the Kraft incident. Then she published a post showing some of the photos: Yang with Trump; Yang with Sarah Palin; Yang with Kellyanne Conway, Transportation Secretary Elaine Chao, Florida Gov. Ron DeSantis, Senator Rick Scott (R-Fla.) and more.

Saudi Arabia, Qatar, Azerbaijan, Germany, and China are just a handful of the countries to which Trump and his circles are connected in ways that suggest conflicts of interest.

Meanwhile Daniel Friedman, a reporter in MoJo’s Washington bureau, had dug up a phone number for Yang (a man answered and hung up right away); reporter Stephanie Mencimer was combing through Florida licensing records to find background on Yang’s business; and deputy DC bureau chief Dan Schulman discovered a company registered to Yang called GY US Investments. Its website was in Mandarin, but there were enough intriguing references—including what looked like an invitation to an event at Mar-a-Lago featuring Trump’s sister, Elizabeth Trump Grau—to warrant a closer look.

With the help of Google Translate and, eventually, the expert review of a Mandarin-speaking lawyer who happens to share office space with Mother Jones (thank you, Mark!), the picture came into focus: Yang’s company was in the business of peddling access to the president and his family to Chinese executives. (We called the White House press office—many times—but it was days before spokesman Judd Deere finally responded, saying the president “doesn’t know this woman.”)

The website was quickly taken down, but Schulman had taken screenshots and, with a full-court press by him, Friedman, and Washington bureau chief David Corn, the story of Yang’s access-peddling went live on our site on the morning of Saturday, March 9. ProPublica’s Charles Ornstein tweeted, “You’d think this would be on the front page of every newspaper today. If it isn’t, why?” Conservative commentator Bill Kristol shared the piece. And late that night, perhaps the craziest moment of all came when @realdonaldtrump pushed the “Like” button on the story. (It was quickly unliked.)

By Monday night, the story was covered by Rachel Maddow, Stephen Colbert, USA Today, the Associated Press, and other media outlets. Also by then, David, Dan, and Dan (there are a total of five Dans in Mother Jones’ newsroom—we really have no idea how this happened) had published another scoop showing that Yang had worked with groups tied to the Chinese government and Communist Party. And then, this past Monday, Capitol Hill Democrats sprang into action, demanding that the FBI open up criminal and counterintelligence investigations of the matter.

This is how the press can act as a SWAT team for accountability. Congress might never have known about Yang had it not been for the Miami Herald’s and Mother Jones’ reporting. And access-selling at the commander-in-chief’s palatial residence is something Congress—and the public—definitely should know about.

It’s also a demonstration of why your support is so important. Because Mother Jones is financed by our readers, our newsroom can dig deep and pivot fast. That’s why our DC bureau was able to jump on this story within minutes. Because of you, we can go after complex issues longer and harder than others in the media. And because we don’t have to panic about taking a reporter off the daily grind to pursue an important lead, David and the Dans have been able to continue investigating the ramifications of the Yang story.

Collusion with Russian attacks on America’s elections is one of the most important foreign-influence scandals of this election, but it’s part of a bigger pattern. Saudi Arabia, Qatar, Azerbaijan, Germany, and China are just a handful of the countries to which Trump and his circles are connected in ways that suggest conflicts of interest. Exposing these connections has been a core beat for Mother Jones ever since Trump rode down that golden escalator. It’s a web of influence that involves not just the president, but his family, key associates, and donors

The president may not know Cindy Yang, but she knew him and how he operates, and she moved brazenly to monetize that knowledge. This is bigger than a swamp. And that’s why we’ll stay on this beat—and plan to double down in a big way. More on that soon.