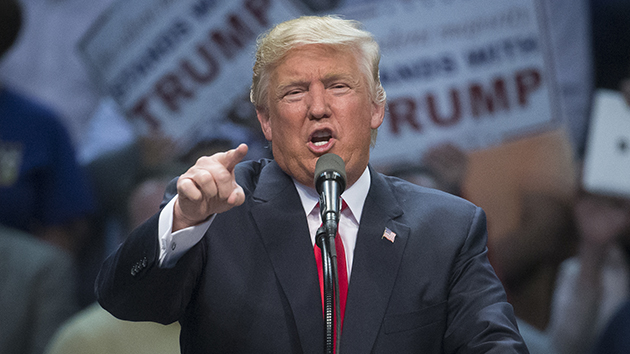 Donald Trump emphatically reclaimed momentum Tuesday night in the fight for the Republican presidential nomination, scoring an overwhelming victory in his home state of New York.

The major networks called the race immediately after polls closed at 9 p.m. EST. Exit polls showed Trump winning more than half the vote in the state, with John Kasich and Ted Cruz trailing far behind.

The Republican front-runner’s win follows a string of losses this month, in the Wisconsin primary and at state conventions in Colorado and Wyoming where Cruz outmaneuvered him in the delegate selection process. But in New York, which will send 95 delegates to the Republican National Convention in Cleveland in July, Trump worked hard to climb back on top.

While Cruz and Kasich bounced in and out of the state over the past week, Trump pulled out all the stops, holding rally after rally across the state in the final days of the race. He did not just want to win; he was looking to pull out a massive victory.

Trump was expected to clean up in his home state, where he is popular in the economically struggling areas upstate as well as the New York City region. Kasich and Cruz had their best odds here in New York City, where the Republicans generally do not share Trump’s populism and are more likely to be minorities then elsewhere in the state. But there was little indication heading into Tuesday that the sparse Republican populations in these districts would abandon Trump. (There was also very little data due to the small GOP populations in much of the city.) Cruz’s socially conservative, evangelical style does not play well in New York. Kasich is a better fit ideologically and temperamentally, but he was so far behind Trump and Cruz in the delegate count that would-be supporters may no longer have seen him as a viable nominee.

Trump will ride his victory to contests in five Northeastern states next Tuesday, where he’s also expected to perform well.