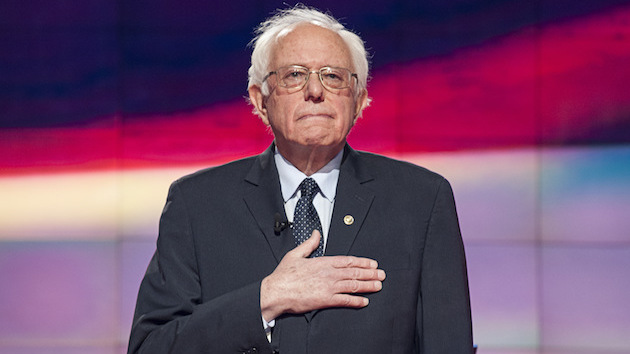 As Bernie Sanders and Hillary Clinton battle for a win in Tuesday’s Democratic presidential primary in New York, Clinton’s home state advantage has given her an edge in the polls, but Sanders has a secret weapon.

It’s called the Working Families Party, a progressive party backed by labor unions and community activists whose New York chapter has gone all-in for Sanders. The party is known across the state and particularly in New York City for its impressive get-out-the-vote efforts. If Sanders tops Clinton in her home state or even beats expectations and comes close, he will have the WFP to thank.

In New York, where the party was founded in 1998, it has become a major presence. Third parties enjoy substantial influence in the Empire State due to fusion voting, which lets candidates appear on the ballot for multiple parties. At times, the WFP runs its own candidates; at others, it backs progressive Democrats in primary races. In Tuesday’s Democratic primary, only registered Democrats, not the small number of progressives registered with the WFP, can vote for the Democratic nominee. The party’s biggest successes have come in New York City, where WFP-backed candidates hold substantial power, including Mayor Bill de Blasio and City Council Speaker Melissa Mark-Viverito.

“They have the best political operation in New York,” says Bill O’Reilly, a Republican consultant in the state. “They are a mighty machine.”

For months, the party has been engaged in voter outreach on Sanders’ behalf—knocking on doors, phone banking, talking to local leaders, and helping Sanders draw local endorsements. Bill Lipton, the WFP’s New York state director, says the party has been able to use the momentum behind Sanders to recruit thousands of volunteers. The WFP recently helped the campaign draw 1,500 supporters to a rally in Brooklyn, where it was able to recruit hundreds of volunteers. “Like 600 or 700 of them, two hours later they were out door knocking with canvass sheets,” says Lipton.

The coordination with the WFP also extends to the Sanders campaign’s strategy for winning delegates ahead of the Democratic Party’s July convention. “The campaign has a strategy around that which we’re plugged into,” Lipton said, declining to elaborate. Robert Becker, deputy national field director for the Sanders campaign, calls the WFP “a very valuable partner in our efforts here.”

The polls generally show a tightening race in New York, although a poll released Thursday puts Clinton 17 points ahead of Sanders. Having served as a US senator from New York for eight years, Clinton has a built-in advantage in the state. And New York plays to Clinton’s strengths: She has generally done well in states with large African American populations and in closed primary contests like New York’s, where independents and Republicans cannot vote. “New York was never really in question,” says Scott Levenson, a Democratic consultant in New York City. If Sanders comes within seven points of Clinton on Tuesday, he says, that will count as a win for the senator.

If Sanders and WFP do pull off a symbolic victory, it would be an embarrassment for the state’s Democratic establishment, many of whose county-level Democratic leaders are supporting Clinton. “This will get down to old-style street organizing and turning people out,” says New York Democratic strategist Hank Sheinkopf. If the WFP turns out a lot of young voters for Sanders and cuts into Clinton’s lead among minorities, “there’s going to be a lot of embarrassed Democratic leaders.”

With the stakes so high, there’s tension between the two camps. Even though the New York Democratic establishment has grown accustomed to the WFP’s role in party primaries, “that doesn’t mean it doesn’t leave a bad taste in peoples’ mouths,” says Jay Jacobs, the chairman of the Nassau County Democrats on Long Island and a superdelegate who supports Clinton. “But I guess that’s politics, right?”

Sanders’ relationship with the Democratic Party has become an issue in the race. At the Democratic debate Thursday night in Brooklyn, the moderators noted that Sanders has not raised any money for the Democratic Party this year, while Clinton has. Sanders responded that in the past he has raised millions of dollars for his colleagues in the Senate.

But in his campaign for the presidency, he’s actively fundraising for the WFP. Sanders supporters received an email on Thursday asking them to donate $3, to be split between Sanders, Zephyr Teachout, a progressive Democratic congressional candidate in upstate New York whom Sanders has endorsed, and the WFP. The email came from “Bernie Sanders for Working Families Party.”

“We’re working closely together and some resources are coming to us because of emails,” says Lipton, “but it’s a relatively modest amount.”

Jacobs, a former chairman of the state Democratic Party, is irked by what he believes is the shortsightedness of the WFP’s decision to back Sanders, who he thinks is unelectable in key swing states in November. “They are looking to, I think, more send a message, and maybe even win a nomination,” Jacobs says. But if they win, he says, they will have saddled the Democratic Party with an unelectable nominee. “Ohio is not voting for Bernie Sanders, a socialist candidate. I’m sorry, they’re not going to do it. You barely can get them to vote for Barack Obama.”

The WFP is currently limited to New York and a handful of other states, but it aims to expand into new states. Over the next few years, the party hopes to run progressive candidates against Democrats in primaries across the country in order to push the party to the left, much as the tea party’s primary challengers in recent years have pushed the Republican Party rightward. If the party is able to propel Sanders to an upset win in New York, or even a close second-place finish, it would mark a triumphant entrance for the WFP onto the national stage.