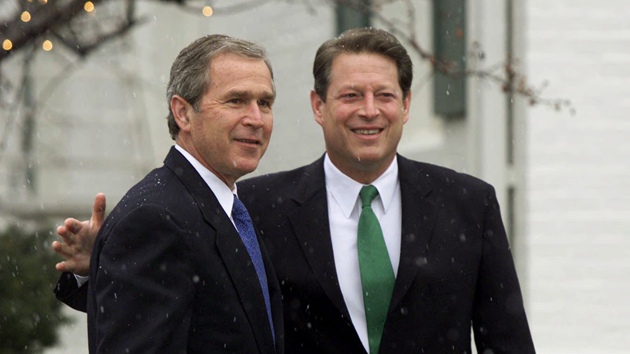 On Monday, the Supreme Court issued its decision on Burwell v. Hobby Lobby. Hobby Lobby’s owners had objected to a provision in Obamacare that forced the the craft supply store chain to provide its employees with health insurance that covers birth control or pay a fine. In a 5-4 ruling, the conservative justices on the court said that the government can’t force Hobby Lobby—or any closely held corporation—to pay for birth control and emergency contraception if doing so would offend the religious beliefs of the company’s owners.

Justice Samuel Alito, the George W. Bush appointee who penned the majority opinion, went to great lengths to write a limited decision, stressing that the ruling should only apply to Obamacare’s contraception regulations, and that other employers shouldn’t cite Hobby Lobby to justify opposing other laws. “This decision concerns only the contraceptive mandate,” Alito wrote, “and should not be understood to hold that all insurance-coverage mandates, e.g., for vaccinations or blood transfusions, must necessarily fall if they conflict with an employer’s religious beliefs. Nor does it provide a shield for employers who might cloak illegal discrimination as a religious practice.”

As Alito no doubt knows, that’s not how Supreme Court jurisprudence works. The justices often try to limit their decisions to a narrow set of facts. But they’re still setting legal precedent, and their logic is certain to be used in future cases in lower courts—often in unintended ways. There are no take-backsies for Supreme Court decisions.

Bush v. Gore, the 2000 Supreme Court case that shut down the Florida recounts and handed Bush the presidency, is the most famous example of the Supreme Court trying to dissuade other federal courts from referencing its decision in future rulings. “Our consideration is limited to the present circumstances,” the majority wrote in that opinion. But the justices’ attempt to limit the impact of Bush v. Gore didn’t work: Several campaigns have cited the ruling when challenging voter suppression laws, and during the 2012 election, a federal court in Ohio bought an argument from the Obama campaign that said the state’s efforts to roll back early voting violated the equal protection concepts endorsed by the Supreme Court in Bush v. Gore.

Bush v. Gore isn’t the only example. Last summer, when Justice Anthony Kennedy joined with Supreme Court liberals to strike down the federal Defense of Marriage Act, the majority ruled that it was discriminatory for the federal government not to recognize same-sex unions, but said the opinion shouldn’t be read as forcing states to legalize marriage equality. Conservative Justice Antonin Scalia called the liberals’ argument a sham. Scalia noted that the majority decision offered logical justification for legalizing marriage nationally and, in his dissent, predicted that lower courts would expand upon the Supreme Court’s ruling. “By formally declaring anyone opposed to same-sex marriage an enemy of human decency, the majority arms well every challenger to a state law restricting marriage to its traditional definition,” Scalia wrote. That line has hence been cited in a number of decisions to strike down state bans on gay marriage, fulfilling Scalia’s prediction.

In the near term, the Hobby Lobby decision only effects a narrow slice of companies that objected to Obamacare’s requirement that they purchase insurance that covers birth control. But if lower courts embrace its underlying logic, its reach could eventually extend much further.

That’s exactly what has liberals and progressives worried. “While the Court purports to limit its ruling to closely-held corporations on this issue only, the majority opinion invites a number of ‘me too’ religious objections by other companies on matters ranging from anti-discrimination law to other medical procedures such as blood transfusions or vaccinations,” Elizabeth Wydra, chief counsel at the Constitutional Accountability Center, a liberal think tank, said in a statement Monday. Wydra isn’t alone. LGBT activists are already concerned that other companies might seek to expand upon Alito’s Hobby Lobby logic to discriminate against gay employees. “We will remain vigilant in the event business owners attempt to use this decision to justify other forms of discrimination, including against LGBT people,” the Human Rights Campaign said in a statement.