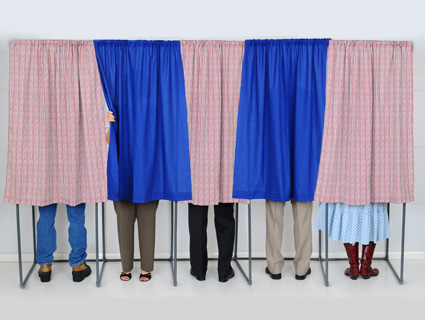 Update: On Tuesday, the Supreme Court rejected an attempt by Ohio to shut down early voting the weekend before Election Day for everyone but members of the military and their families, a major victory for the Obama campaign.

The Supreme Court’s highly politicized and intensely criticized decision in the landmark case Bush v. Gore was so bad for the court that it reportedly made former Justice David Souter weep and contemplate quitting. In his dissent, Justice John Paul Stevens lamented bitterly that the majority opinion “can only lend credence to the most cynical appraisal of the work of judges throughout the land.” When asked about the decision, Justice Antonin Scalia usually tells audiences, “Get over it!”

In the 12 years since the conservative court majority stopped the Florida recount and handed the presidential election to Republican George W. Bush, it has studiously avoided revisiting that decision. Bush v. Gore has become The Case That Shall Not Be Named. Not once has the court cited the opinion in another decision. By comparison, in the decade after Brown v. Board of Education, the court referenced that decision more than 25 times. But an unexpected litigant may soon force the court to confront the logic of what it did in 2000: the Obama campaign. And how the court decides that case could swing the election. Again.

Obama for America has been in court in Ohio challenging the state’s move to close early voting three days before the actual election for everyone but military and overseas voters. The state had implemented early voting in 2005 after criticism of its performance in 2004, when thousands of voters faced huge lines on Election Day and many people were turned away because they didn’t vote before the polls closed. In 2008, 100,000 people, many of whom might be considered to lean Democrat (women, minorities, poor people), voted early during the weekend before the election. So last year, Ohio’s Republican-dominated state legislature decided to pull the plug on early voting, except for the people who might be more inclined to vote Republican, namely people in the military.

The Obama campaign challenged the move, and in August, a federal judge agreed that Ohio had violated the Constitution’s Equal Protection Clause by allowing some people to vote early but not others. In early October, the Sixth Circuit Court of Appeals upheld the decision and ordered Ohio to keep the polls open for the weekend for everyone if they do it for the military and overseas voters. The state has filed an emergency petition with the Supreme Court to overturn the order. The Obama campaign, naturally, is opposed, and has filed a brief arguing that Bush v. Gore demands that the court protect the integrity of the voting process. (In that case, the court stopped the Florida vote recount because it argued that the state’s procedures failed to treat all ballots equally and thus had violated the 14th Amendment.)

As a result, the court now will have to prove whether it was serious or simply partisan when it sided with Republicans by declaring that “[t]he right to vote is protected in more than the initial allocation of the franchise. Equal protection applies as well to the manner of its exercise.” The Ohio case could provide the court with an opportunity to “heal the wound of confidence” that Stevens so eloquently identified in his 2000 dissent. This time, though, if the court sticks with this earlier precedent, it might be helping hand the election to the Democrats, making the case a serious test of the conservatives’ true commitment to the idea of equal protection at the ballot box.