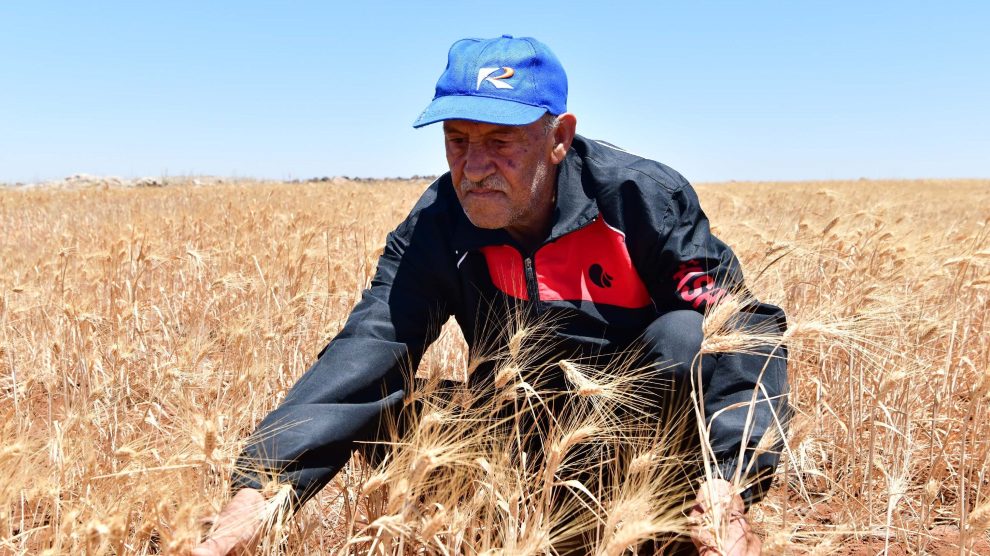 A new drought-tolerant variety of durum wheat has been created as part of an international breeding program to boost climate resilience in the food system by increasing crop diversity.

Durum wheat is used to make pasta, pizza crusts, and flatbreads such as pitta and chapatis, as well as for couscous, bulgur, and pastry for desserts such as baklava.

The new wheat, Jabal, which means “mountain” in Arabic, was developed by farmers and crop scientists by crossing a commercial durum wheat with a wild relative from an arid region of Syria, to create a new durum variety which can withstand drought.

It’s part of the Crop Trust’s wild relatives project, which is using genetically diverse crop varieties to help develop more resilient and adaptive varieties of wheat, barley, rice, and potato that can withstand erratic and extreme weather conditions caused by the climate breakdown.

While it is not yet commercially available, farmers in Morocco will be the first to start growing the new version of durum wheat, which is widely eaten in north Africa and the Middle East, in about three years. Morocco is suffering its worst drought in four decades, and grain production is down by about 70 percent due to the extremely dry conditions.

Breeders and farmers in drought-affected areas planted numerous new durum wheat varieties between 2017 and 2021. Jabal stood out as it was able to flourish and produce grains while all commercial varieties of durum failed. Its distinctive black spikes also produced high yields of plump grains that made tasty bread, scientists said.

“Many farmers said it was love at first sight when they saw it standing strong when all other varieties were being destroyed by drought,” said Filippo Bassi, senior scientist with the durum wheat breeding program at the International Centre for Agricultural Research in the Dry Areas (Icarda) in Lebanon.

Wheat, the most widely consumed grain globally, is grown on every continent apart from Antarctica and eaten by billions of people.

Crop failures due to lost biodiversity and extreme weather events such as drought, extreme heat and floods have led to rising wheat prices and food insecurity in many parts of the world, exacerbated by Russia’s war on Ukraine, as both countries were major wheat exporters.

It takes years to breed new wheat varieties, in a complicated, never-ending race against time, as global heating drives climate disasters and the emergence of new, adapted or more aggressive pathogens.

Wild relatives are considered the more resilient cousins of commercial crops, having evolved in nature to survive tough conditions such as extreme heat, drought, flooding, and poor soils. Plant breeders are increasingly looking to wild and other forgotten varieties stored in seed banks for useful genetic diversity, which was sidelined in favor of yield, uniformity, and profits after the Green Revolution.

But the International Panel of Experts on Sustainable Food Systems warns that in addition to genetic diversity, building resilience in the food system also requires diversity on farms and in landscapes, as well as more farmer led initiatives.

“Farmers have domesticated 7,000 different crop species and have donated more than 2.1 million plant varieties to international gene banks, but most of the profit from this effort has been captured by four or five international seed companies,” said Pat Mooney, an expert in agricultural diversity and biotechnology. “[Jabal] shows what can be accomplished with multilateral cooperation where farmers are at the centre of decision-making.”