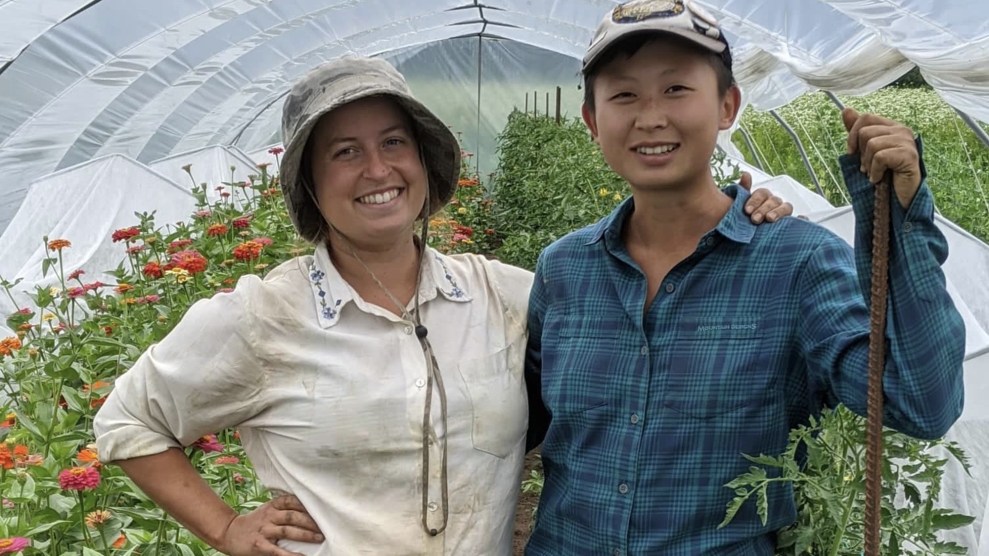 Comeau, left, with a farm volunteer.Courtesy of Marie-Claude Comeau

For the past several weeks, Marie-Claude Comeau has spent her days in the fields on her farm in Manseau, a small town in Québec, prepping them for the upcoming growing season. But unlike most farmers who are sowing crops destined for dinner plates, Comeau is planting a field of crops not for harvest, but for their seeds.

Few Canadian farmers grow their own seeds, a practice that takes time and specialized skills to do well. Instead, the majority of Canada’s seeds, particularly for vegetables, come from specialized seed farms as far afield as Tanzania. Comeau is one of the rare farmers whose business is entirely devoted to producing seeds for North American distributors.

“(Seeds) are the basis for resilience. You can’t have a resilient food system without local seed,” explained Comeau. To that end, the Quebec farmer and 11 more from across Canada will participate in a federally funded project to showcase Canadian seeds and teach more people how to grow them.

“Large corporations control most of the world’s commercial seeds, and if you control the seeds, you basically control the food.”

Spearheaded by SeedChange, a global organization that promotes local seed, the three-year effort will increase interest in local seeds, boost seed production, and help teach farmers how to save their seeds. It will also focus on sustaining heritage seed breeds otherwise at risk of extinction and breed new varieties better adapted to local climate and soil conditions.

“Today, large corporations control most of the world’s commercial seeds, and if you control the seeds, you basically control the food,” explained SeedChange executive director Leticia Ama Deawuo.

The approach has shrunk seed diversity by favoring varieties designed to do well on large industrial farms that rely on artificial fertilizers and pesticides. While they might perform well on big farms, these varieties tend to be ill-suited to more sustainable practices and less resilient in the face of extreme weather.

These types of seeds are also more vulnerable to supply chain disruptions than locally grown seeds, as was laid bare in 2020 when a pandemic-induced gardening boom left both farmers and gardeners scrambling to find enough seed. Bolstering local seed production is key to preventing this kind of disruption, whether from global pandemics, war or other crises.

“If farmers can access the seeds they need in a time of crisis, they can act quickly to protect communities from hunger or to compensate for rising food prices” by growing more products locally, said Deawuo.

But for Comeau, growing seeds is about more than food security. Growing seeds lets her “complete the whole circle” from seed to vegetable to seed once more over the course of a year or two. Aligning her life with this cycle was “really appealing” to her when she started farming after university.

For Comeau, growing seeds is about more than food security. Growing seeds lets her “complete the whole circle.”

Comeau didn’t grow up farming. Originally from a small town near her farm, she moved to Montreal as a teen. It would be years before she left the city to work on a Quebec vegetable and seed farm. It was there she found her love for seeds.

“I learned this really specific skill that is seed saving,” she said. Even when farmers can save seeds—some big seed companies patent seeds and make this illegal—seed saving requires special skills, time, and effort not all are willing to commit. She was “very privileged” to find seed-saving mentors, and wants to pass on the favor to the next generation of growers.

The SeedChange project will give her the resources to grow trickier vegetables like onions and carrots—both are biennials and only produce seed in their second year of growth—and teach agricultural students about her work. She also plans on growing squash to show them cross-pollination techniques used to create hybrid varieties.

“(There’s) no official curriculum in any school that’s dedicated to saving seeds” even if it is such a key element in making food supplies more resilient, she said. “That’s why I decided to target future farmers—students—so they will be able to acquire some knowledge.”