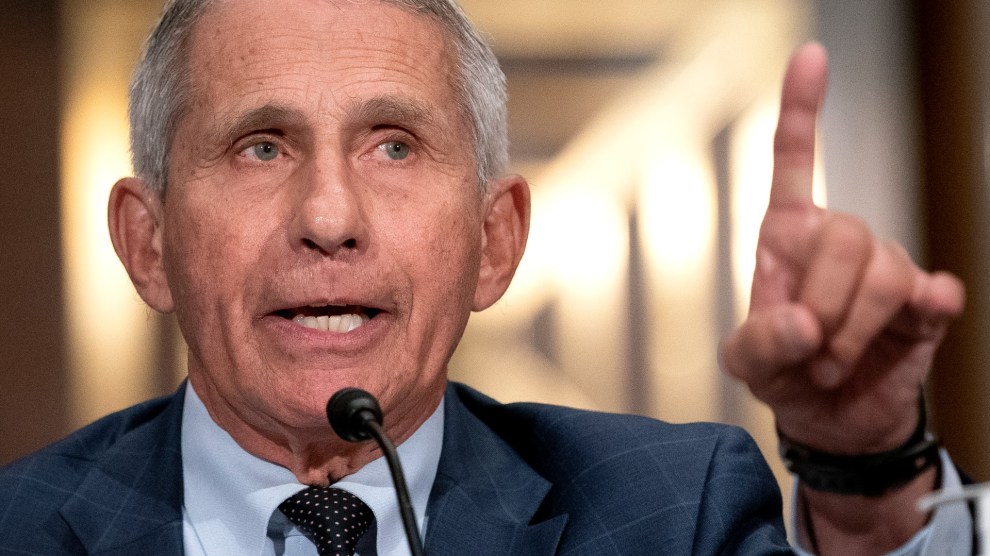 On Friday, an independent advisory panel for the Food and Drug Administration voted against recommending a Pfizer booster shot for the general public. It did, however, vote to recommend that those 65 and older and at risk of severe disease be eligible for a third dose of the COVID vaccine.

Top health official Dr. Anthony Fauci, a proponent of the wide use of boosters, responded to the decision on Sunday, saying it “is not the end of the story.”

“I don’t think they made a mistake,” Fauci told CNN’s Jake Tapper on State of the Union, “but the one thing I think people need to realize: That data are coming in, literally on a daily and weekly basis…They’re going to continue to look at this literally in real-time.”

Dr. Anthony Fauci to @jaketapper: The FDA advisory committee did not make a mistake on the booster shot recommendations and the FDA "absolutely should not ignore them." pic.twitter.com/KxxTH5RHcR

In recent days, the media has framed the panel’s recommendation, which is non-binding, as a “blow” and “stinging setback” for the Biden administration, which had proposed booster shots beginning as early as September 20 as part of its pandemic response plan. But Fauci emphasized Sunday that approval from the FDA was always baked into the proposal.

“It was always pending the evaluation of all of the totality of the data from the United States, from Israel, and any bit of data that we could get by the advisory committee to the FDA,” he said. “They did that in the proper deliberative process and they came up with a recommendation which I think is a good recommendation.”

When Tapper reminded Fauci that only days before he’d said a panel decision against boosters would be “a mistake,” Fauci pushed back: “That’s the reason why we have qualified groups of people who together as a committee examine all the data and make a decision…Data will continue to come in, and I believe you are gonna see an evolution of this process.” (It’s worth noting that, as my colleague Lil Kalish reports, many experts have cautioned against the rush to dole out boosters when so many people in low-income countries have yet to receive a first dose. Fauci has argued that America can—and is—providing boosters while also supplying vaccines to other nations.)

Echoing Fauci’s stance, National Institutes of Health director Francis Collins told Fox News Sunday that he expects the FDA to approve boosters for those under 65 in the coming weeks. “I think the big news is that they actually did approve the initiation of boosters, and, remember, they’re taking a snapshot of right now…It would surprise me if it does not become clear over the next few weeks that administration of boosters may need to be enlarged.”

“What you’re seeing here is science playing out in a very transparent way,” he said. “This is the way it ought to be.”

NIH Director Francis Collins in response to Chris Wallace's gotcha questions about Biden's booster shots comments: "We're trying to do the right thing… maybe we ought to be talking more about that than about whether the president said this a month ago & FDA said this on Friday" pic.twitter.com/WocqxDSbxL