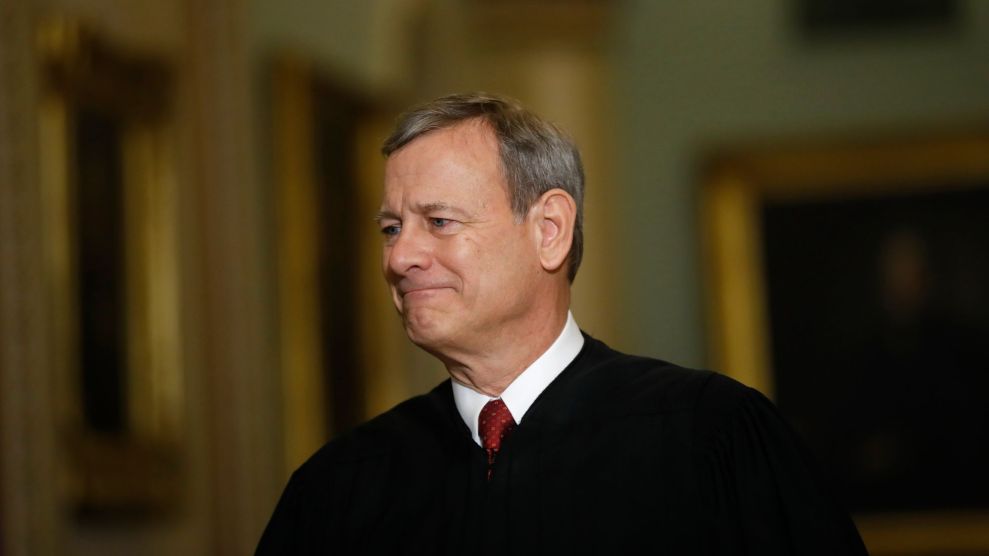 “Things have changed dramatically” in the South, Chief Justice John Roberts wrote in 2013 when he authored the majority opinion gutting the Voting Rights Act, ruling that states with a long history of discrimination no longer needed to have changes to their voting procedures approved by the federal government.

Voter suppression in Georgia is Exhibit A for why he is wrong.

After Joe Biden carried the state in November and Black voters turned out in record numbers in the January runoffs to elect Democrat Raphael Warnock as the state’s first Black senator and Democrat Jon Ossoff as the state’s first Jewish senator, Georgia Republicans passed a sweeping rewrite of the state’s election laws on Thursday to make it harder for Democratic constituencies to vote and have their ballots counted.

Though some Georgia Republicans, most notably Secretary of State Brad Raffensperger, defended the integrity of the 2020 election, the “Election Integrity Act of 2021” heavily restricts mail ballot drop boxes, adds new ID requirements for mail-in voting, throws out ballots cast in the wrong precincts, and makes it a crime to give voters food and water while they’re waiting in line.

In addition to making it harder to vote, the new law allows the GOP-controlled legislature to appoint a majority of members of the state election board and gives the board the power to take over county election boards, making it easier for Republicans to challenge election results, take over election administration in large Democratic counties, and even decline to certify the results if Democrats win close races—which Trump tried and failed to get the state to do in 2020.

"The real purpose here was to intensify control over how every aspect of elections are run in Georgia. So when there are close elections in the future, which they know there will be, they will have unprecedented power to challenge the election results…" @AriBerman pic.twitter.com/NBPms3hmgj

“Despite nationwide scrutiny of Georgia’s elections, which only confirmed the absence of any fraud, insecurity, or wrongdoing, Republican members of the General Assembly voted to pass sweeping omnibus legislation that is clearly intended to and will have the effect of making it harder for lawful Georgia voters to participate in the State’s elections,” says a new lawsuit filed by Democratic lawyer Marc Elias on behalf of civil rights groups in the state. “And it will impose these unjustifiable burdens disproportionately on the State’s minority, young, poor, and disabled citizens.”

In a disturbing echo of history, Republican Gov. Brian Kemp signed the bill surrounded by an all-white group of Georgia legislators, under a painting of a slave plantation, according to Philadelphia Inquirer columnist Will Bunch.

1. You've probably seen this picture of Georgia Gov. Brian Kemp and his gaggle of white men signing the state's voter suppression law — the new, new Jim Crow. But there's a shocking angle to this story that you haven't heard. Sit down for this one… pic.twitter.com/edHPmyeoiu

When a Black member of the legislature, Democratic state Rep. Park Cannon, knocked on the governor’s door as he announced his signing of the bill, the Georgia Capitol police arrested her and forcefully dragged her from the building, bringing felony charges that brought to mind how Black protesters were targeted by law enforcement in Georgia during the Jim Crow era.

This is insane: Georgia Dem rep @Cannonfor58 was arrested for trying to watch Brian Kemp sign new voter suppression bill. Look at how she is treated by police. This is straight out of Jim Crow pic.twitter.com/zRpMWumbkQ

Georgia was the first Southern state to pass a poll tax to disenfranchise newly emancipated Black voters during Reconstruction. Now it’s one of the first states to pass sweeping new voting restrictions in 2021, based on Trump’s lies about a stolen election.

Voting discrimination is far from a thing of the past, and things have changed much less in the South than John Roberts would have you believe.