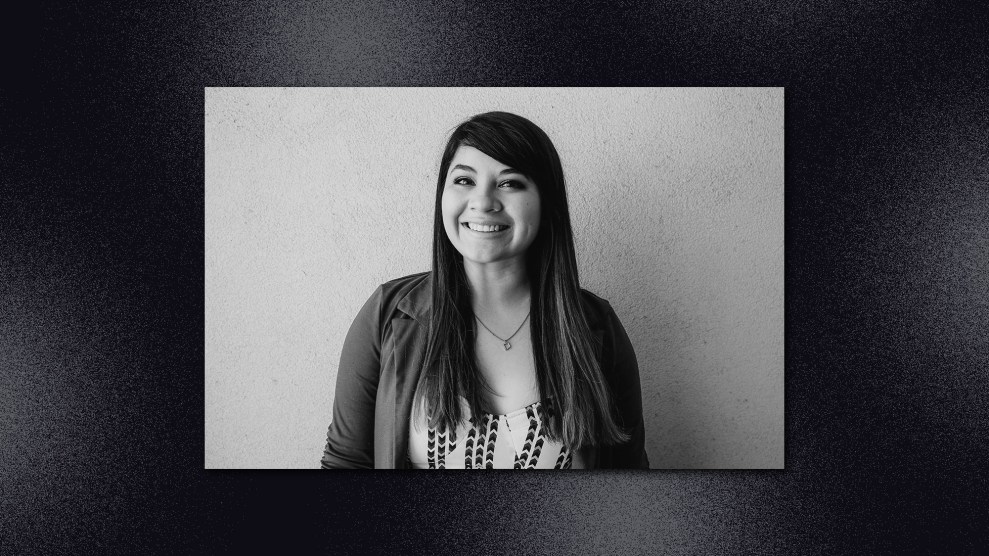 In 2012, President Obama created Deferred Action for Childhood Arrivals (DACA), allowing certain undocumented immigrants who were brought here as children to apply for a two-year work permit that also protected them from deportation. More than 700,000 people have since received and renewed DACA. But in 2017, the Trump administration announced it would dismantle the program—a move that was quickly challenged in court. On June 18, 2020, the Supreme Court blocked Trump’s attempt to end the program but sent the matter back to the administration for further consideration.

From: Mexico
Lives in: Mesa, Arizona

I ended up migrating to the United States by the age of 13, but before that, at the age of 10, we moved from Tijuana to Nogales. I was just picked up from school one day. No explanation was given to me. Later on, I found out that my dad had been kidnapped by Mexican police. And as a little kid I didn’t know anything. I would just see my mom’s face and my dad’s face; they were always worried after that.

I learned about this years later, when my dad was in deportation proceedings in 2012—I started piecing everything together, because we were trying to figure out how to keep my dad here through asylum. There were a lot of questions like, “Why did you migrate?” So then everything made sense.

We always had tourist visas, my mom, my brother, and I, so my migration was a little bit different. I remember just crossing the border in a car. But I learned pretty fast that not knowing English meant that I wasn’t going to be valued, and that I was always going to be excluded from opportunities. So I was in ESL classes, and within a year and a half I was kicked out of ESL. I don’t know how, but I learned English pretty fast.

Still, high school was one of the most difficult moments of my life, where my identity was formed around being a good student and paying it forward for my parents. I had to make sure that my parents’ sacrifices were worth it. But when senior year of high school came, I realized I couldn’t pay in-state tuition when I went to college. It didn’t matter that I had a 3.8 GPA. It didn’t matter that I was involved in all these extracurriculars. I felt deceived and lied to by my teachers. I was like, “You promised me that if I will work really hard, the future would look bright,” but that was not my reality.

DACA didn’t exist then, and I have mad respect for my parents. I don’t think I would have had that much drive and hustle. My mom and dad, who didn’t even graduate high school, found out that there was this private scholarship—and that’s how I got into college.

At Arizona State I met other Dreamers, and I started advocating for the DREAM Act in 2010. The DREAM Act failed, and there was a lot of heartache and disappointment, but I decided to stay involved. When the DACA announcement was made on June 15, 2012, I led a press conference. I was terrified. President Obama made the promise that if we came forward in good faith, our information was not going to be used against us or our parents. Call it naivete, but a lot of us believed in that promise.

When I got DACA a few days after the election of 2012, I felt a lot of hope. While it wasn’t what we wanted, we were hoping that this was a step in the right direction that would enable us to eventually, maybe down the road, get immigration reform.

During the Trump era, having DACA has meant anxiety and broken dreams. It’s meant betrayal, a lot of betrayal. We were promised this, and now I can be deported. It became real.

President Obama promised that if we came forward in good faith, our information was not going to be used against us. Call it naivete, but a lot of us believed in that promise.

Even talking about it now, my hands are getting sweaty and my throat chokes up, because it’s been very, very difficult. I’ve been in a romantic partnership for the past seven years, and he’s also a DACA recipient, so it’s that constant anxiety and fear. It’s like I feel someone is holding my heart really tightly.

When I think about all the people that I encouraged to apply for DACA, it feels really heavy now that there’s been a betrayal from the government, knowing that ICE has our information and what this administration can do with that. It’s very, very scary.

Since Trump took office, he was constantly threatening to drop an executive order. Every Friday became a nightmare, from the Muslim ban to the leaked memo in February 2017 with his plan to end DACA. Then fast forward to September 2017, when Jeff Sessions officially announced the termination of the DACA program. It went from Trump saying, “I’m gonna negotiate with Chuck and Nancy” to him saying, “No, Chuck and Nancy don’t like me, they are not getting me what I want.” So it was just constantly reading the tweets, waking up at 5 a.m. and checking my phone, instead of saying my morning prayer, or my morning meditation. Then it became about the Supreme Court, waking up every morning and tracking the Supreme Court through the blog and Twitter. Then finally I could catch my breath, when the Supreme Court ruled in our favor a little bit. But still, what does that mean? Is the Trump administration actually gonna follow protocol? They reduced our two-year work permit to one year, so it’s scary.

It’s been such a roller coaster of emotions. I’ve started going to therapy. It definitely has been very difficult for me to not only to experience that as someone who is impacted, but having to answer to many Dreamers who come with questions and have very different life experiences. When I think about those Dreamers who are isolated and don’t have the resources to get mental health support, my heart gets really heavy.

I hope those people that said that they care and that they voted, because they’ve heard stories like mine, that they don’t forget about our pain.