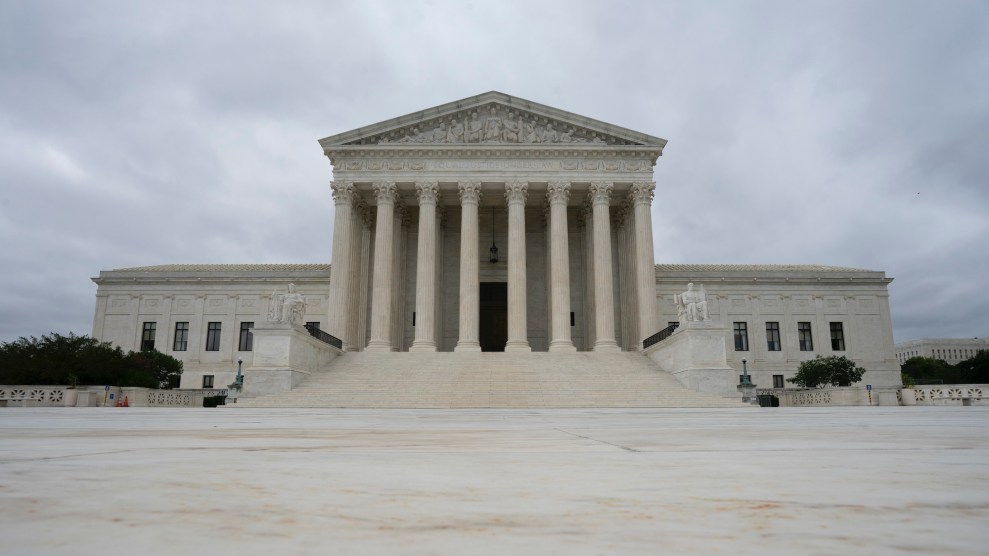 In a major and unexpected win for immigrants, the Supreme Court on Thursday blocked the Trump administration’s attempt to end protections from deportation for undocumented immigrants who came to the country as children.

In a complex 5-4 decision, Chief Justice John Roberts wrote that the Department of Homeland Security’s September 2017 move to end the Deferred Action for Childhood Arrivals program was made in an “arbitrary and capricious” manner. The decision does not permanently block DHS from ending protections for the undocumented immigrants often called as Dreamers. Instead, Roberts sent the matter back to DHS for further consideration—it’s unclear if Trump will try again to end the program and, if so, how quickly that could happen.

One very important caveat to today's good news. No court has ever said that Trump *can't* end DACA. He definitely can. It's just that he ended it the wrong way.

So, as always, the Trump administration can go back and do it "right."

But politically, will they? https://t.co/wY6fJaVZWO

President Barack Obama launched the DACA program in 2012. It allowed those who at the time were between the ages of 16 and 31, who were brought to the country as children, and who didn’t otherwise have immigration status, to apply for renewable two-year work permits that protected them from deportation. The immigrants also had to meet a series of requirements and have no criminal record. There are approximately 700,000 DACA recipients in the country. Roughly 200,000 of them have been working essential jobs amidst the pandemic.

DACA had  bipartisan support in Congress, but Trump threatened to end it on the campaign trail in 2016, calling it an overreach by Obama. In September 2017, the Trump administration announced it would kill the program, leaving many DACA recipients scared and confused by their uncertain future. They were particularly vulnerable to deportation because, thanks to the program, the government already had all of their information. Many were afraid for their undocumented family members, who were now also exposed.

Courts quickly ruled that the administration did not have the authority to end DACA so abruptly and without adequate explanation, and the government was compelled to renew the program for those who had already been granted temporary protected status. Since then, lower courts have ruled against the Trump administration, saying its effort to end the program was “arbitrary and capricious.” In November, the issue finally reached the Supreme Court.

Immigrations rights advocates applauded Thursday’s ruling. But with the future of the program still unclear, they also called on Congress to pass legislation to prevent Trump from deporting DACA recipients.

“Today, we celebrate but know that the fight is not over,” said Andrea Flores of the American Civil Liberties Union in a statement. “For nearly three years, DACA recipients have lived in a legal limbo brought on by the Trump administration. The House of Representatives has already passed H.R. 6, the American Dream and Promise Act, and it is incumbent upon the Senate to do the same to permanently protect Dreamers. We won’t rest until Dreamers can.”

In the next seven months, the Trump administration could, “if it chose, try to end the DACA program, again, and throw the lives of more than 700,000 Dreamers into limbo,” Flores added.

After the news broke Thursday, I spoke with Juan Escalante, a DACA recipient and immigrant rights activist. He sighed deeply before celebrating this “decisive moment.” The ruling “reaffirms what we have always known to be true: that Dreamers and DACA have had the backing of the America public throughout this journey.”

“I’m still conflicted, trying to process this moment” he told me, adding that he had been filled with anxiety and fear over how the court would rule after years of dealing with “the most xenophobic and anti-immigrant administration.”

Now, he said, the Trump administration must recognize that it lost, and “back off from any further attack on our community.”

“We will not be bargaining chips used for any political games they try to pull ahead of the election,” Escalante said.

Noah Lanard contributed to this story.