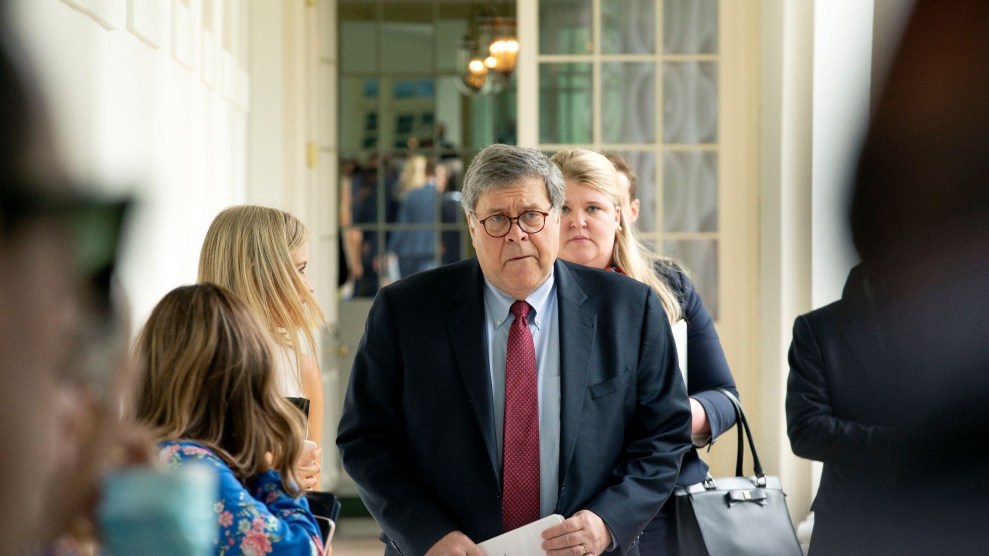 A Justice Department lawyer who prosecuted Roger Stone says that he and other career prosecutors “were told that we could be fired,” if they resisted political pressure to lower their recommended sentence for the longtime adviser to President Donald Trump.

Aaron Zelinsky, a lead prosecutor on the Stone case, shared new details Wednesday on efforts by his superiors to convince him and his colleagues to give Stone “a break” after the self-styled dirty trickster was convicted in November for perjury, obstruction of Congress, and witness tampering. “What I heard repeatedly was that Stone was being treated differently from any other defendant because of his relationship to the president,” Zelinsky testified.

Stone is not just Trump’s friend. He was convicted of lying to Congress about his efforts, at Trump’s direction, to learn details of WikiLeaks’ plans during the 2016 campaign to release stolen Democratic emails. “Roger Stone lied to the House Intelligence Committee because the truth looked bad for the Trump campaign and the truth looked bad for Donald Trump,” Zelinsky said in his opening statement at Stone’s trial last November.

Attorney General William Barr has acknowledged that he personally intervened in the Stone case, which Trump has denounced. In May, Barr also ordered subordinates to drop the case of former National Security Adviser Michael Flynn, who pleaded guilty in late 2017 to lying to FBI agents. Flynn also admitted as part of his guilty plea to secretly acting as a foreign agent for Turkey while advising Trump. On Wednesday a federal appeals court panel ordered a district court judge to accept DOJ’s motion to drop charges against Flynn.

“What’s happening now is much worse than what happening in  Watergate.”

The hearing came just days after Barr ousted Geoffrey Berman, the US Attorney for the Southern District of New York, whose office is investigating Trump associates, in an apparent effort to install a less independent prosecutor in the powerful post. “Mr. Barr’s actions make clear that, in his Department of Justice, the President’s allies get special treatment, the President’s enemies—real and imagined—are targeted for extra scrutiny, and the needs of the American people are generally ignored,” House Judiciary Chairman Jerrold Nadler (D-N.Y.) said Wednesday.

Zelinsky testified that ahead of Stone’s February 20 sentencing, Timothy Shea, then the acting US Attorney for the District of Columbia, through subordinates, pushed the Stone prosecutors not to follow standard sentencing guidelines for Stone. Zelinsky said he was told this was because Shea was “afraid of the president.”

Zelinksy and his colleagues refused and filed a motion recommending that Stone receive more than seven years in prison. But after news coverage of that recommendation, Trump, in a 1:48 am tweet on Feb. 11, called Stone’s treatment “horrible and very unfair.” Zelinsky says he learned the next day that the Justice Department would issue a new memo recommending a lighter sentence. The four prosecutors who had worked on the case promptly withdrew in protest. Barr has said his actions were not prompted by Trump’s tweet.

In a statement Tuesday night, Kerri Kupec, a Justice Department spokesperson, acknowledged Barr had directed Shea to override prosecutors’ initial sentencing recommendation. But Kupec said Barr did not discuss the sentencing with Trump and argued that Zelinsky’s claims were based “on his interpretations of events and hearsay (at best) not firsthand knowledge.” Shea, now the acting head of the Drug Enforcement Administration, declined through a spokesperson to comment.

Another DOJ whistleblower, John Elias, a career employee in DOJ’s anti-trust division, testified Wednesday that Barr has repeatedly ordered meritless anti-trust reviews based on political considerations. Elias said Barr backed 10 reviews of mergers in the cannabis industry that appeared to result from the Attorney General disliking “the nature of their underlying business.” Elias also said that the Justice Department had launched an anti-trust review of four automakers last September shortly after Trump tweeted angrily about the companies agreeing to a deal with California to adhere to higher fuel emissions standards than the Trump administration wants. Elias said there was no legitimate anti-trust case against the companies. DOJ dropped its inquiry in February.

Another witness,  Donald Ayer, a former deputy attorney general who Barr ousted from that post in 1990 in an earlier stint as attorney general, testified that Barr’s politicizing of the department is “undermining public trust in the system.”

“What’s happening now is much worse than what happening in  Watergate,” Ayer said, arguing Barr is systemically undoing safeguards against corruption. “This guy has got to go.”