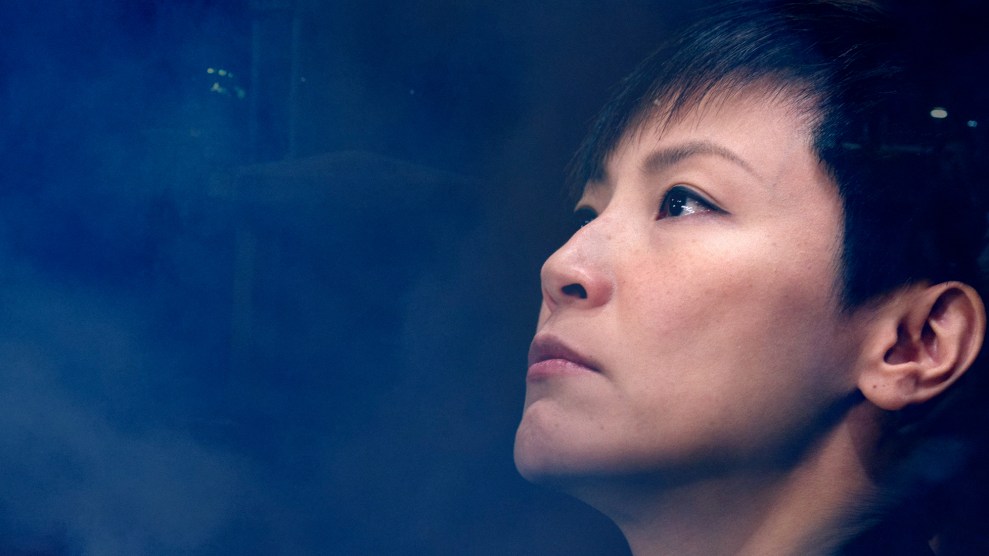 A new surge of violence swept Hong Kong last weekend, continuing what appears to be the deadliest period of the months-long pro-democracy protests so far. As November began, a 22-year-old student fell one story from a parking garage and died following clashes with the police, sparking a dramatic escalation between protesters and authorities. Ten days later, riot police shot and critically wounded a protester at point-blank range. Another man was doused with flammable liquid and set on fire by protesters on the same day, after voicing criticism of the movement.

Last month, Mother Jones Podcast host Jamilah King interviewed Denise Ho, a Cantopop star and one of the de facto spokespeople for this largely leaderless movement. Ho was already a prominent figure in Hong Kong, having gained fame for putting out hit albums since the late 1990s. But more recently, Ho has embraced civic activism as an outspoken critic of the Chinese government, and a proud member of Hong Kong’s LGBTQ community, after she came out in 2012. In 2014, Ho was arrested for marching in what was known as the Umbrella Movement, when pro-democracy demonstrators deployed umbrellas to protect themselves from tear gas and conceal their identities.

“Right now, it is very, very much like a war zone,” Ho told the Mother Jones Podcast, during a recent trip to New York City, where she was appearing at the Oslo Freedom Forum. “Police charging onto people, arresting and beating up people on the streets. Something that we never thought would happen in Hong Kong on a daily basis.”

Listen to the full interview with Ho:

As a result of her activism, Ho’s music, which blends rock, folk, and pop influences, has been banned on mainland China. She’s lost corporate sponsorships from companies like Lancome, who came under pressure from Chinese media. But she has embraced her new role, using her celebrity and her songs to support political causes.

“In Hong Kong or in Asian communities, it is actually very rare for a celebrity to be involved in politics or any social movements,” says Ho. “In these very difficult times, I do think that there is a very important role for songs and any sort of art form.” She sees art as a form of “therapy for the people,” and notes that with the internet, artists are able to evade some of the inevitable government censorship.

Now, the civic infrastructure in Hong Kong is on the brink of a meltdown, with subways experiencing partial shutdowns, university classes being cancelled, and barricades going up in the streets. Ho reminds listeners that the ramifications of the violence and the demonstrations could extend beyond its borders.

“Hong Kong is in this very global fight,” she says. “If Hong Kong falls, if our systems fall, if our judicial and legislative system fall, the Chinese reach could easily go even further into different areas of the rest of the world.”