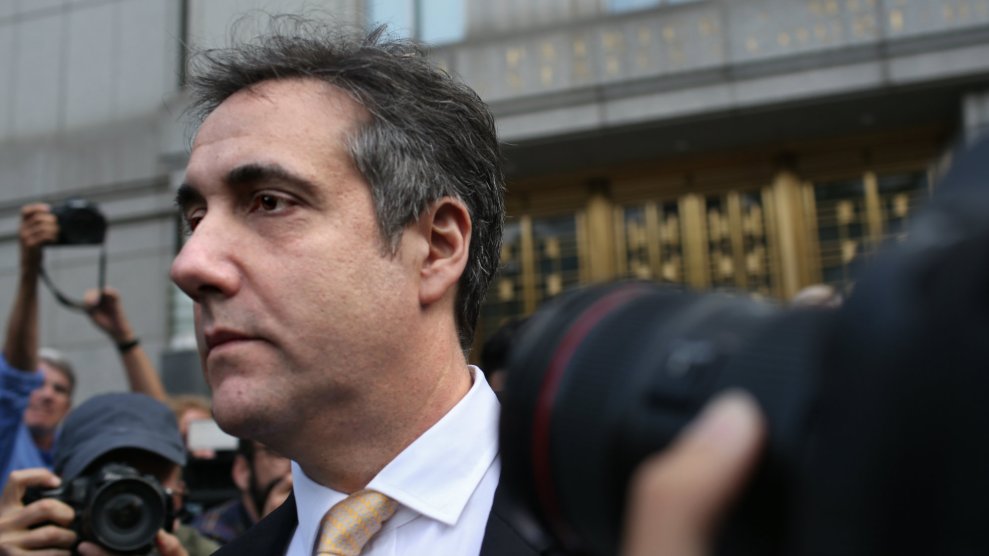 Michael Cohen, in his capacity as Donald Trump's personal lawyer, funneled payments to two women who claimed they had affairs with the president.Yana Paskova/Getty Images

A senior Democrat in Congress is requesting documents related to payments President Donald Trump made before the election to silence women with whom he was accused of having affairs—and asking for answers about what appears to be inaccurate information on the president’s financial disclosures.

“Mr. Cohen’s testimony—and documents obtained by the Department of Justice—reveal that these payments were far greater than previously reported and far higher than President Trump listed in his financial disclosure forms pursuant to federal law,” Cummings wrote. “These payments include a number of increases, bonuses, and anomalies that raise even more questions about the nature and scope of the services President Trump obtained from Mr. Cohen.”

Cummings’ request raised a number of questions for McGahn and Sorial, including why Trump has not amended his financial disclosure form to note the higher payment to Cohen. The form Trump filed in May listed a payment to Cohen of between $100,001 and $250,000. But subsequent revelations suggest the actual payment was $420,000.

Unless the Democrats retake control of the House next year, Cummings will likely not see his questions answered expeditiously, if at all. Only committee leaders have subpoena power, and Oversight Committee chairman Trey Gowdy (R-S.C.) has denied previous requests from Democrats on the committee to probe Cohen’s payments and the various, often contradictory ways Trump has characterized his knowledge of them. “Chairman Gowdy never responded to these requests, and the Committee took no action, requested no documents, conducted no interviews, obtained no briefings, and held no hearings,” Cummings wrote.

House Republicans have drawn sharp criticism from their Democratic colleagues—and even some GOP staffers—for focusing on misconduct by Justice Department officials in lieu of a bipartisan probe into Trump’s personal conduct and finances. Kris Kolesnik, who spent nearly two decades as senior counselor and director of investigations for Sen. Chuck Grassley (R-Iowa), wrote in an op-ed in the Hill this week that he was “horrified by the assault from Republicans on oversight norms.” He continued, “What Republicans have wrought is downright destruction. If Democrats re-take either chamber of Congress in November, they are obligated to resuscitate that function Republicans have allowed to atrophy in service to their president.” (Republicans are reportedly “getting ready for hell” once Democrats take control of the House, as is widely predicted, according to a recent Axios report.)

Federal investigators, already under near-daily assault by the president, said Cohen sought more than $180,000 from the Trump Organization as reimbursement for his payments to McDougal and Clifford. Executives from Trump’s company “grossed up” his request to $360,000 and tacked on a $60,000 bonus, totaling $420,000. This figure is nearly $200,000 greater than the highest amount Trump could have given Cohen according to the president’s financial disclosure form.

Trump, who has denied having affairs with either woman, has given shifting explanations for the payments. He first denied he knew about the payments? before acknowledging in a series of tweets that Cohen had “received a monthly retainer” to set up a non-disclosure agreement with Clifford. Investigators determined that Cohen had made the payments in an effort to bury potential negative press about Trump before the election, but the president maintained late last month that the payments were not campaign finance violations because they “came from me.”