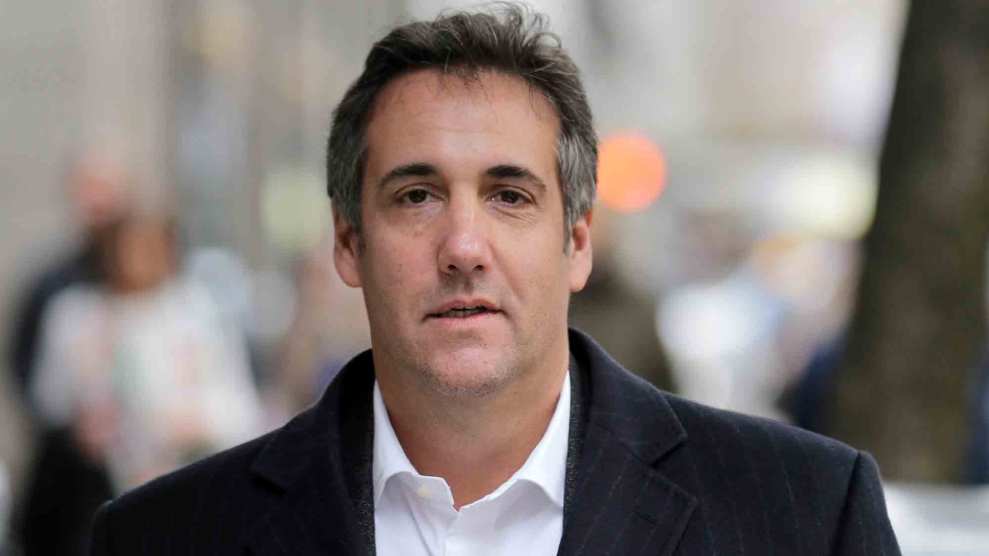 When Michael Cohen handed over to CNN (via his lawyer Lanny Davis) a tape he secretly recorded of Donald Trump and him discussing a payment intended to keep a Playboy model silent about her alleged affair with Trump, the former Trump fixer signaled that he indeed has defected and is willing to cooperate fully with prosecutors, including special counsel Robert Mueller. This marks what promises to be a decisive moment in not only the Trump-Russia scandal but all the Trump scandals (known and unknown), for Cohen appears to have been involved in almost every aspect of Trump’s deeds and misdeeds. With Cohen blowing the whistle, Mueller and other prosecutors will end up with a symphony of leads. After all, he likely has inside information on each of the three rings of the Trump scandal circus: the Russia affair, the business affairs, the affairs affair. Make a Venn diagram of all this, and Cohen is dead center. This ex-consigliere poses a triple threat to the godfather he once ruthlessly served.

Let’s start with Russia. Cohen intersects with the known narrative in at least two ways. He was there when Trump cut a deal with Russian oligarch Aras Agalarov and his pop-star son Emin to hold the Miss Universe contest in Moscow in 2013. When Trump gathered with the Agalarovs in Las Vegas in June 2013 to formalize their partnership, Cohen accompanied the celebrity businessman and was part of a celebratory dinner at a high-end restaurant. That is, Cohen was present at the creation of the bond forged between Trump and this Putin-friendly oligarch. (Also in attendance was an Agalarov associate who had been linked to Russian money laundering.) This could well be significant for investigators because it was the Trump-Agalarov connection that led to the now notorious Trump Tower meeting on June 9, 2016—when Donald Trump Jr., Jared Kushner, and Paul Manafort, then the campaign chairman, met with a Russian emissary whom they were told would provide them dirt on Hillary Clinton as part of a secret Kremlin plot to help Trump.

That meeting is an important focus of the Russia investigation, for it is an example of when the Trump campaign eagerly attempted to collude with the Putin regime. (“If it’s what you say I love it,” Trump Jr. said in an email at the time.) It is also an important component of any obstruction-of-justice probe. When the meeting became public in July 2017, Trump Jr. released a statement falsely claiming that the meeting merely had covered Russian adoption policy. Trump’s involvement in the drafting of that inaccurate statement has been a key issue. In January, Trump’s lawyers sent a letter to Mueller noting that Trump had dictated his son’s response. This raised the question of whether Trump Jr. had lied to a Senate committee when he previously said during private congressional testimony that his father had not played a vital role in concocting the statement. But this letter also highlighted other potential problems for Trump: Did he lie when he publicly said he had no prior knowledge of the meeting, and did he direct potential witnesses in the Mueller investigation to stick to a false cover story? Meaning, did the president engage in obstruction of justice?

Listen to David discuss the peril Michael Cohen poses to Trump on the Mother Jones Podcast.

Cohen has not yet emerged as a major player in the Trump Tower meeting episode—an episode in which possible collusion and possible obstruction intersect. But it is not improbable that Cohen might know something about the gathering and the subsequent effort by Trump and his son to hide its true purpose.

Cohen, though, was directly involved in another key interaction between Trump and Russia during the campaign. From September 2015 through January 2016, he handled secret negotiations between Trump and a Russian company to develop a luxury Trump tower in Moscow. The middleman for these talks was Felix Sater, a onetime stock swindler who had done business with Trump in the 2000s and who was a boyhood pal of Cohen. The deal was odd in that the Russian construction company had no previous experience developing such a property. Though the CEO of this company declared he was the sole owner of the firm, the company, as Michael Isikoff and I reported in Russian Roulette: The Inside Story of Putin’s War on America and the Election of Donald Trump, was actually owned by three off-shore companies, including one controlled by a Cypriot lawyer deeply involved in Russian finance.

While Trump was trying to pull off this project, he said nothing in public about the venture and campaigned as an “America First” nationalist candidate. Throughout this stretch, Trump consistently refused to criticize Russian leader Vladimir Putin, without telling voters that he was pursuing a Moscow project that Sater told Cohen would be underwritten by a bank partially owned by the Kremlin. Given that the project would not proceed if the Russian government said nyet, this was a stunning conflict of interest—perhaps one of the most scandalous personal financial conflicts of modern US political history. The deal eventually fizzled out, but an investigator wondering if anything was fishy about the project would want Cohen’s testimony.

There may well be other Russian matters about which Cohen has knowledge. (The Steele memos allege that Cohen secretly met with Kremlin representatives during the 2016 campaign—an allegation Cohen has denied.) But he certainly is familiar with the details of the hush-money deals set up for porn star Stormy Daniels and Playboy model Karen McDougal, who each claim they had an affair with Trump. One critical question is whether these payments were made to keep the women quiet because their revelations could harm Trump’s electoral chances. If so, the payments might have violated campaign laws. Cohen can provide an answer on this front. And he can testify as to whether these payments skirted other laws. (The tape that Cohen provided to CNN suggests that Trump was trying to arrange a cash payment to conceal the arrangement with McDougal.) Cohen also presumably would know about similar deals, if they exist. For investigators zeroing in on the keep-quiet payoffs, Cohen is the man.

And then there is everything else in Trump World—all of Trump’s financial dealings. Trump’s reputation as a businessman is not one of probity and prudence. He has long had—and lied about—business connections to organized crime. In 2010, the Manhattan district attorney, Cyrus Vance Jr., opened an investigation into whether Trump, Trump Jr., and Ivanka Trump had committed fraud related to the selling of units in Trump SoHo, a 46-story luxury condominium-hotel. (In 2012, the probe was dropped. Vance had received campaign donations from Trump’s personal lawyer, but he has claimed that had no bearing on the case.) A sketchy deal that Trump began in 2014 to develop a Trump Hotel in Baku, Azerbaijan, may have violated the Foreign Corrupt Practices Act. (The hotel never opened.) And many of Trump’s other projects in the United States and abroad have sparked legal tussles. Cohen could be expected to have much to say about any Trump wheeling-and-dealing that may have crossed lines.

For years, Cohen’s office was near the boss’. As a friend of Cohen points out, Cohen “worked in an environment that was total chaos. People were constantly running in and out of Trump’s office. The man had a 30-second attention span. Everyone knows everything. Everyone is talking. And there are no secrets.” In the middle of Hurricane Donald, Cohen was as close to the mast as anyone. He may well know of Trump actions deserving of investigation that prosecutors for Mueller and the US attorney in New York have never taken a gander at. If Cohen ends up a cooperative witness, one question will be how far federal prosecutors want to—or are willing to—dig into Trump’s business. A whole new terrain could be wide open for exploration.

Several years ago, a lawyer who worked for the Trump Organization told an acquaintance of mine, “My job boils down to doing two things. First there is this: I say, ‘Mr. Trump, you can’t do that. You really can’t do that, Mr. Trump.’ Then I say, ‘Mr. Trump, why did you do that?'” Cohen was not that type of attorney. He was the handyman who came in after one of the regular lawyers had gone through those two steps—a Mr. Fix-it for a rule-bending executive.

In recent weeks, Cohen has been compared by some to John Dean, the Nixon White House lawyer who eventually testified that Nixon was in on the Watergate cover-up and who became a quasi-hero of that scandal. No doubt, Lanny Davis is advising Cohen on how best to rehabilitate himself and change his image from a sleazy pit bull who was willing to do anything for Trump (even take a bullet!) to a repentant henchman who now is eager to serve the truth. But if Dean was a torpedo that sank Nixon, Cohen is more an aircraft carrier. He probably has ammunition that can strike multiple Trump targets. His cooperation with prosecutors could dramatically reshape and perhaps expand the Trump investigations. He is someone that Trump ought to fear. There likely are bodies buried in Trumpland, and if you want to raise the dead, Cohen is the guy to see.