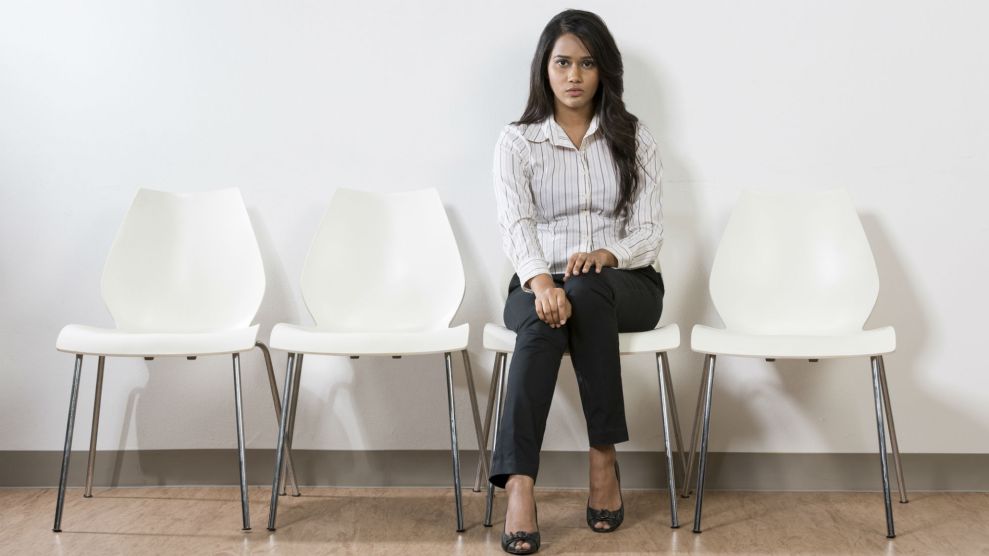 For years, anti-abortion advocates have used the claim that abortion is bad for women’s health to help justify restrictions on the procedure. But how do states with highly restricted access to abortion stack up when it comes to women’s health overall?

Not so well, according to a new report by two reproductive rights groups.

Released on Tuesday, the report by the abortion rights legal advocacy group Center for Reproductive Rights and the research organization Ibis Reproductive Health found that states with more anti-abortion laws also tend to have poor outcomes generally for women’s and children’s health compared with states that have fewer restrictions.

Researchers tallied up the number and type of abortion restriction in each state and sifted through data and literature on women’s health overall from 2015 to 2016. Then they gave each state two numbers: one for the number of restrictions and another for the number of women’s health “benchmarks” met by the state. These benchmarks included things like access to primary care providers, low maternal mortality rates, childhood vaccinations, and children receiving mental health care.

“Framing a measure like, ‘We’re doing this to protect and promote women’s health,’ eases the passage of it.”

“Framing a measure like, ‘We’re doing this to protect and promote women’s health,’ eases the passage of it,” says Terri-Ann Thompson, a researcher at Ibis and an author of the report. But she explains that their research suggests those states often don’t actually prioritize policies that would benefit women and children.

Over the last seven years, states legislators have enacted more than 300 anti-abortion bills. Among them are restrictions on insurance coverage for abortion, limits on which health care professionals can perform abortions, mandatory counseling on fetal pain and development, and requirements on the time frame within which abortion can be performed. Meanwhile, in some areas women’s and children’s health care has been deteriorating.

Consider the situation in South Carolina. The state has 14 abortion restrictions on the books, meaning it is one of five states—along with Indiana, Kansas, Mississippi, and Oklahoma—that have every type of restriction identified by Ibis. Last year, the state passed a ban on abortion after 20 weeks, which Americans United for Life, an anti-abortion legal group, touts as an important move for maternal health. “Late-term abortions cost more than early abortions,” says AUL in a report on 20-week bans, “a fact that reflects the greater health risks of later abortions and provides an incentive for the abortion industry to support late-term abortion instead of women’s health and safety.”

Abortion rights groups say the bans are actually detrimental for women. Only a small fraction of the nearly 1 million abortions performed each year are after 20 weeks. Women who get abortions after 20 weeks often do so if the pregnancy is a threat to their health, or if a serious fetal anomaly has been detected.  “The reality is that abortion later in pregnancy is extremely rare and often takes place in complex and difficult situations where a woman and her doctor need every medical option available,” Alyssa Miller, Planned Parenthood South Atlantic’s director of public affairs for South Carolina, told the New York Times. “These bills are simply part of an extreme political agenda to chip away at access to safe and legal abortion.”

“These bills are simply part of an extreme political agenda to chip away at access to safe and legal abortion.”

But even before Gov. Nikki Haley signed the 20-week ban into law, South Carolina already had some of the worst outcomes for women’s health in the country, according to the new report. In 2015, maternal mortality rates in the state had soared nearly 300 percent and reached their highest point since the turn of the century. The Post and Courier attributed the rise to the “growing numbers of women who go through pregnancy and childbirth while suffering from chronic diseases, such as diabetes and hypertension.” In 2015, one third of women in South Carolina had no dedicated health care provider, a worse level than the national average. And this year, the Legislature is considering a budget bill that would cut all state funding from Planned Parenthood, potentially forcing the clinics in the state to close.

Meanwhile, the report notes that South Carolina fares even worse when it comes to children’s health. The state met none of the benchmarks—meaning it was worse than the national average on everything from child mortality rates to teen birth rates to the percentage of children with asthma problems.

Thompson points to Louisiana as another good example of the connection between restrictive laws and bad outcomes. Like South Carolina, the state has fared terribly when it comes to women’s and children’s health outcomes such as infant and maternal mortality rates over the last two years. Last year, Gov. John Bel Edwards signed seven abortion restrictions into law, and the state is currently battling in court over four abortion-related laws. Add to that, in 2014, Republican Sen. David Vitter urged the Louisiana health department to investigate a Baton Rouge clinic he accused of violating a privacy law in order to “protect the health and safety of women and children in Louisiana.” He made the request one day before state lawmakers were scheduled to discuss an anti-abortion bill to require that abortion providers have admitting privileges at nearby hospitals. The measure passed but is currently facing a court challenge.

“They make these claims that they’re trying to promote the health and well-being of women, but that really isn’t backed up by the numbers,” says Thompson. “These policies only work to further place women at a disadvantage in overall health.”