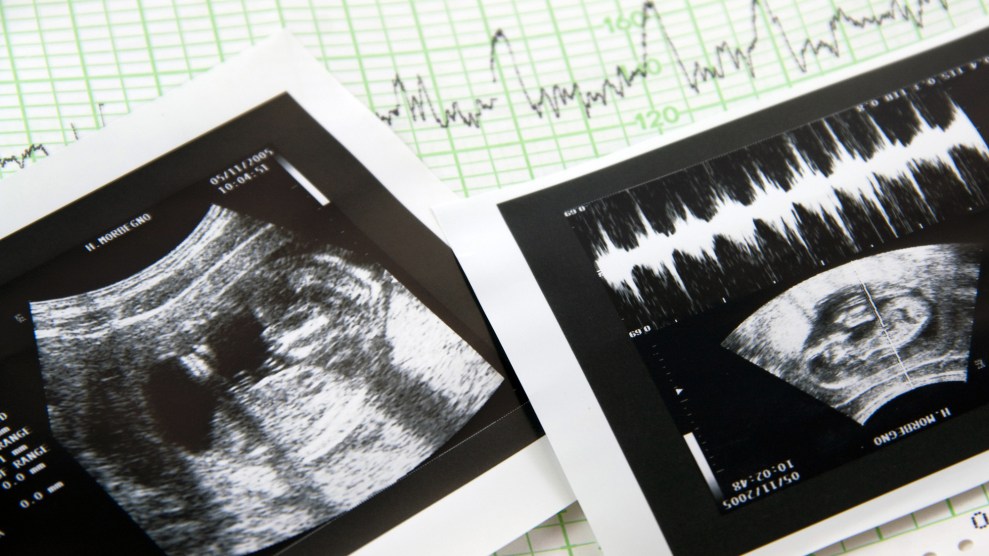 So-called crisis pregnancy centers are well known for trying to convince women not to end their pregnancies. But George Delgado, a physician with a crisis pregnancy center called Culture of Life Family Services clinic in San Diego, California, takes the practice a step further: He claims to have developed a technique to reverse the effects of a pill-induced abortion. “Have you taken the first dose of the ABORTION PILL…Do you regret your decision and wish you could reverse the effects of the abortion pill?” reads the website of the project Delgado started. “We are waiting to help you!” The promotional language suggests that, with some strong and timely doses of the hormone progesterone, women can stop the abortion and carry the pregnancy to term: “IT MAY NOT BE TOO LATE, IF YOU CALL QUICKLY.”

The only problem, according to several doctors I spoke to, is that there is scant medical evidence that abortion pill reversal works.

The only problem, according to several doctors I spoke to, is that there is scant medical evidence that the procedure works. Based only on anecdotal accounts from pro-life doctors and a small case study, the abortion pill reversal protocol is experimental at best, they say. But that hasn’t stopped conservative state legislatures from trying to push through laws requiring doctors to tell their patients that, should they regret their abortions, they might be able to undo them.

A medication abortion typically involves two drugs. The first, mifepristone, which is administered in a doctor’s office, ends the pregnancy, and the second, misoprostol, which the woman takes at home, expels it from her body. Since 2000, when the Food and Drug Administration approved mifepristone sales, medication abortions have soared in popularity for women less than three months into their pregnancy. In 2014, abortion with mifepristone and misoprostol accounted for about a third of all abortions in the United States. It’s also a target of anti-abortion advocates, who call it dangerous (major complications result in less than 0.4 percent of all cases) and say it contributes to an “abortion on demand” culture.

The abortion pill reversal protocol was born in 2009, when Delgado got a call about a woman in Texas who changed her mind after taking mifepristone. Then the medical director of Culture of Life Family Services, Delgado reasoned that progesterone, a hormone given to pregnant women to prevent miscarriage, might help. He found a Texas physician who agreed to give the woman progesterone injections. According to Delgado, it worked, and the woman carried the pregnancy to term.

After that, says Delgado, more requests started coming in. In 2012, Delgado co-authored a case study reviewing the experiences of six women who’d contacted him for abortion reversals after taking mifepristone. Each were given doses of progesterone, which latches onto the same hormone receptors as mifepristone, and four of the six carried pregnancies to term. Through the study, Delgado got in touch with a North Carolina doctor, Matthew Harrison, who claims he oversaw the first successful reversal in 2007. Together they created the Abortion Pill Reversal group, which boasts foundational principles such as, “It is reasonable and appropriate to respect a woman’s right to choose to reverse a medical induced abortion.”

Through the group, which runs a hotline and prints testimonials from anonymous women who’ve reversed their abortions—”not following through with the abortion pill has been a tremendous blessing”—Delgado and Harrison say they’ve amassed a network of over 350 doctors and mid-level practitioners across the country willing to try abortion reversal with progesterone. According to Delgado, the group has taken more than 2,000 calls and “saved” nearly 300 babies. “We are very excited to give women this second chance at choice,” he told me.

Word of Delgado’s technique soon spread to lawmakers. Americans United for Life, the influential anti-abortion advocacy group, wrote model legislation for abortion pill reversal. Testifying in front of an Arizona legislative committee in 2015, Dr. Allan Sawyer opined that women “should not have their babies stolen from them” just because they aren’t getting accurate information about their abortions. That’s why, said Sawyer, the former president of an anti-abortion OB-GYN group, he wants the state to ensure that doctors “inform women that if a woman changes her mind it may be possible to reverse her medication abortion.”

“The vast majority of patients don’t change their mind,” one expert told me. “It’s extremely patronizing, what Delgado is insinuating.”

Less than a month later, Arizona became the first state to pass an abortion-pill reversal law requiring physicians who offer medication abortion to tell their patients that, should they come to regret their decisions, they might be able to undo them. Arkansas followed suit with a similar law. In 2016, South Dakota enacted an abortion reversal law, and this year, four more states introduced similar bills. The measures are similar to many other restrictions on abortion access and care that pro-life groups have pushed—about 350 since 2010—and play on the same tropes: Women regret their abortions, according to anti-abortion groups, and so if they’re given information and time to think about what they’re doing, they might change their mind.

But many doctors and medical experts have pointed to a number of problems with the technique. The leading medical association for obstetricians and gynecologists wrote of the 2015 Arizona bill: “claims of medication abortion reversal are not supported by the body of scientific evidence.” In a review of the literature on mifepristone, Dr. Daniel Grossman and others point out that Delgado’s study did not have approval from an institutional review board, which usually monitors research involving human subjects. Nor does the study actually make the case that the women’s pregnancies continued because of the mifepristone; as Grossman explains, taking mifepristone alone—without misoprostol—can result in a continued pregnancy up to 46 percent of the time, depending on the dosage and the gestational age of the fetus. In other words, doing nothing after taking mifepristone might be as effective as the progesterone doses.

“Everyone I know who provides abortion would try to determine whether or not someone is feeling ambivalent—that’s a critical part of providing good care,” says Karen Meckstroth, an OB-GYN at an abortion clinic in San Francisco. “I don’t think it’s wrong to talk to people about reversal as a theoretical possibility. But it could cause real harm if it’s not true.”

Grossman, Meckstroth, and a third doctor, Matthew Zerden, at Planned Parenthood South Atlantic, all said that passing laws based on a single, and problematic, study leads to bad medicine. Zerden, whose Planned Parenthood affiliate has clinics in North Carolina, says women receiving abortion care are already informed that they have other options, and that women must consult with a nurse or doctor 72 hours before their abortion appointment because of a waiting period law in the state. “The vast majority of patients don’t change their mind,” he says. “It’s extremely patronizing, what Delgado is insinuating.” Indeed, a 2015 study of nearly 700 women found that 95 percent of women who got abortions reported that it was the right decision three years later.

Delgado counters that the method makes “biologic sense” and that “further criticism of our work isn’t warranted.” In an interview with Mother Jones, Delgado pointed to what he called the “three pillars” that back up abortion pill reversal: first, the fact that progesterone interacts with the same hormone receptors as mifepristone, thereby, at least theoretically, canceling out the effects of the abortion drug. (Grossman points out that mifepristone is known to bind more tightly to those receptors than progesterone.) Second, Delgado points to a Japanese study involving pregnant rats that were given mifepristone and progesterone and did not abort. The third pillar, Delgado says, are the two new studies his team is publishing this year. One of those studies, which has not yet been submitted for peer review, will look at the hundreds of cases the group has documented since 2012, according to Delgado.

So far, none of the abortion reversal bills introduced this year have become law. And the Arizona measure never took effect and was ultimately struck down in court. After Delgado testified in support of Colorado’s bill in February, it was defeated in committee. Other measures in North Carolina, Indiana, and Georgia have been stalled in committee.

But anti-abortion advocates are not giving up on lobbying lawmakers—and in the meantime Meckstroth fears the procedure could do more harm than good. “It’s very experimental and it’s completely inappropriate to recommend it,” says Meckstroth. “For it to become law or a recommendation with no research is unfair to women.”