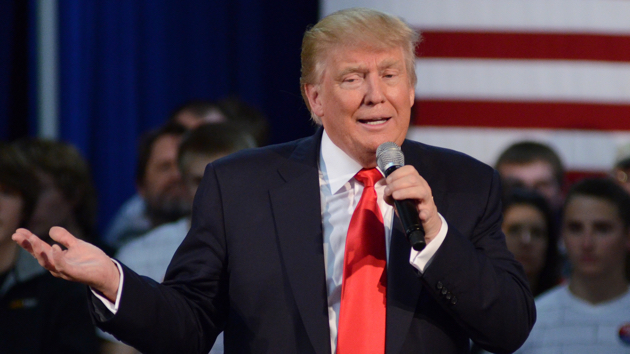 Donald Trump hasn’t been shy about trashing the current state of the country while running for president. His Make America Great Again slogan comes with an implicit suggestion that America’s not doing so hot at the moment, and he often criticizes President Barack Obama for weakening various institutions, such as the military.

But in the run-up to the Wisconsin primary, he’s taken that tactic even further, bashing the state he’s trying to win on Tuesday.

Trump has made a habit of dissing the current condition of things in Wisconsin to promise a brighter future when he’s president. It’s his spin on “negging,” a concept popularized by men who style themselves as “pick-up artists” to attract women by subtly insulting them. The online scene behind it, predictably, is a wasteland of misogyny.

Trump, known for his lothario treatment of women in his personal life, seems to be adopting the strategy when trying to convince Wisconsinites that he deserves their vote. During a Saturday rally in Racine, near Milwaukee, Trump just couldn’t help himself as he found new ways to attack Wisconsin.

“I’ve got statistics on Wisconsin that are unbelievable,” Trump said, breaking from his typical off-the-cuff speech to glance at some notes. “You think we’re doing nicely and everybody thinks they’re doing well, but I have some statistics. You could write out some of the numbers—you look at your manufacturing jobs, you know better than anybody how they’ve gone to other countries. They’re gone. I mean, they’re literally gone.”

Trump pointed out that Wisconsin has had slower job growth than the national average. “Twenty-five percent of manufacturing jobs have left since 2000,” Trump said. “No one knows that.”

Normally, candidates do everything they can to ingratiate themselves with voters as they campaign, sampling regional cuisines and complimenting the local scenery. Even as Hillary Clinton and Bernie Sanders campaign on trashing Wisconsin Gov. Scott Walker’s agenda, they are sure to pair those critiques with praise for the character of the state. Why might Trump be so eager to break from that tradition? Part of it might be his struggles in the polls, with Sen. Ted Cruz currently running far ahead of him in the state. Trump’s bombast hasn’t played well in the land of Midwestern nice, with the conservative establishment in the state rejecting his rhetorical stylings. The influential talk radio hosts around Milwaukee put Trump through the ringer when he called in last week, and Walker, unpopular statewide but still beloved by the Republican base, threw his support behind Cruz.

Walker’s decision to back Cruz appears to have stung Trump particularly, although Trump rarely wins endorsements from elected officials. During a press conference on his plane as he headed to Wisconsin last week, Trump dismissed Walker’s relevance to local reporters. “Look, I beat him very badly,” Trump said. In Racine, Trump bragged that Walker had once gifted him a plaque at his Manhattan office, and pondered whether he should release it as an effort to embarrass Walker.

Trump said Walker’s leadership had hurt Wisconsin, a state he once held in higher regard. “I thought Wisconsin was doing well,” Trump said, “and it’s not true! It’s oookay, it’s in the middle of the pack. Nothing spectacular.”