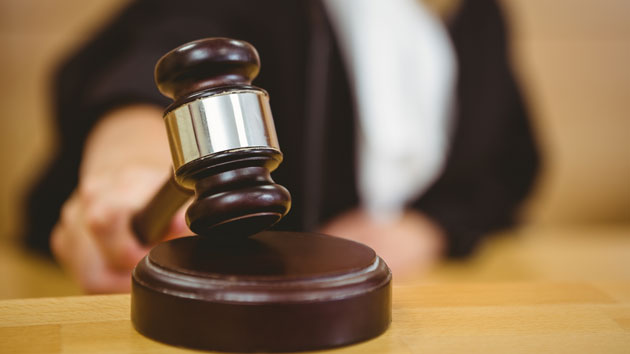 The 7th US Circuit Court of Appeals ruled on Monday that a Wisconsin law requiring abortion providers to gain admitting privileges at nearby hospitals is unconstitutional.

The law that was struck down is known as a TRAP law—short for “targeted regulation of abortion providers.” According to the Guttmacher Institute, Wisconsin is one of 11 states that have required similar admitting privileges. (Courts have blocked these requirements in six of those states.) The law is particularly effective in conservative regions where hospitals are less likely to grant those privileges to abortion providers. The law’s supporters say the law ensures continuity of care if complications arise from the procedure. The American Congress of Obstetricians and Gynecologists notes that less than one half of 1 percent of all abortions involve major complications.

The 2-to-1 decision comes at a time when the constitutionality of TRAP laws are in question nationally. Just over a week ago, the Supreme Court agreed to hear a challenge to Texas’ “HB 2,” which decreased the state’s number of abortion clinics from 41 to 18 by implementing a host of TRAP laws. The ruling, due next year, will be the most notable reproductive rights ruling since Roe v. Wade.

Judge Richard Posner, writing for the 7th Circuit majority, stated that the regulation qualifies as an “undue burden” and that the medical grounds for such a requirement is “nonexistent.” Posner also had some words for abortion foes: “Opponents of abortion reveal their true objectives when they procure legislation limited to a medical procedure— abortion—that rarely produces a medical emergency.”

Posner—nominated by President Ronald Reagan—is known for his tart legal arguments, as we’ve noted previously. This case is no exception:

A great many Americans, including a number of judges, legislators, governors, and civil servants, are passionately opposed to abortion—as they are entitled to be. But persons who have a sophisticated understanding of the law and of the Supreme Court know that convincing the Court to overrule Roe v. Wade and Planned Parenthood of Southeastern Pennsylvania v. Casey is a steep uphill fight, and so some of them proceed indirectly, seeking to discourage abortions by making it more difficult for women to obtain them. They may do this in the name of protecting the health of women who have abortions, yet as in this case the specific measures they support may do little or nothing for health, but rather strew impediments to abortion. This is true of the Texas requirement, upheld by the Fifth Circuit in the Whole Woman’s case now before the Supreme Court, that abortion clinics meet the standards for ambulatory surgical centers—a requirement that if upheld will permit only 8 of Texas’s abortion clinics to remain open, out of more than 40 that existed when the law was passed.