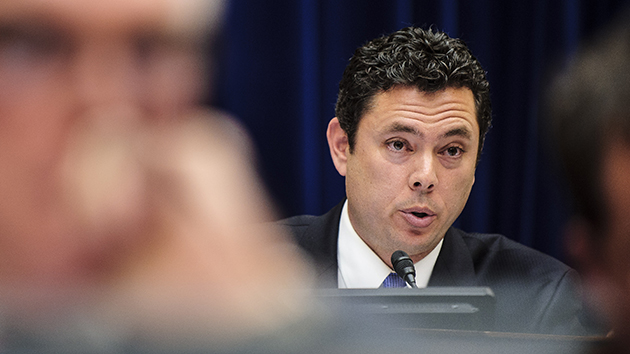 When Rep. Kevin McCarthy (R-Calif.) suddenly dropped out of the running for House Speaker Thursday, it wasn’t immediately clear who was the odds-on pick to succeed outgoing House Speaker John Boehner. But there were two contenders who remained in the race: Reps. Jason Chaffetz of Utah and Daniel Webster of Florida. And some eyes turned quickly to Utah’s Jason Chaffetz, who is perhaps the more prominent of the pair and who chairs the House Oversight and Government Reform Committee.

McCarthy’s surprising self-defenestration, though, did not immediately boost Chaffetz’s chances; other names were quickly floated by House Republicans and pundits. Yet the story of Chaffetz’s rise from kicker on the Brigham Young University football team to a speaker contender is an intriguing tale, in which he has hit several rough spots. A small sampling:

That time he worked for a “multi-level marketing” firm that was accused of being a pyramid-like scheme: Chaffetz was, for a time in the early 1990s, the administrative assistant for public relations at Nu Skin, a Utah-based “direct selling company” that distributes “anti-aging products.” More than once, the company has been accused of being a classic pyramid-like scheme, most recently in China. The company also was a big supporter of Mitt Romney.

That time he ticked off fellow Republicans by taking down a colleague’s portrait: Chaffetz took control of the House Oversight and Government Reform Committee from Rep. Darrell Issa (R-Calif.) earlier this year. On his way in, Chaffetz let it be known that rather than pay homage to the former chairmen of the committee by keeping their portraits hanging on the committee’s walls, he would instead hang pictures of everyday Americans. He wanted to be “inspired by the people we serve, not former committee chairmen,” he told Politico at the time. The move reportedly left some “more than a little miffed,” according to the Huffington Post, and created the impression that Chaffetz was a less-than-loyal opportunist.

The time he had to backtrack on stripping a subcommittee chairmanship from a fellow Republican: Earlier this summer, Chaffetz removed Rep. Mark Meadows (R-N.C.) as chair of the Government Operations Committee after Meadows didn’t vote in line with the wishes of Boehner. A few days later, other Republicans went behind Chaffetz’s back, organized support for Meadows, and forced Chaffetz to give Meadows his chair back. Not only had Chaffetz angered his fellow Republicans; now Boehner and his team were upset that Chaffetz had folded and reinstated Meadows. “Disgusting,” one Boehner supporter told Politico.

The time he mixed it up with the Secret Service: In March, as Chaffetz began hearings looking into a series of high-profile screw-ups by the US Secret Service, employees within the beleaguered agency accessed Chaffetz’s 2003 application to the agency, which had been denied. Employees within the agency leaked the info to the Daily Beast, which published a story in April. The inspector general for the Department of Homeland Security is investigating the incident.

That time he totally whiffed during the Planned Parenthood hearings: Most recently, Chaffetz bricked during the high-profile Planned Parenthood hearings, when the group’s president was hauled before Chaffetz’s committee to talk about abortions, the sale of fetal tissue, and how much money she made. During the hearing, Chaffetz presented a slide that seemed to show that the number of abortions provided by Planned Parenthood was skyrocketing, while the number of breast exams plummeted. Cecile Richards, the head of Planned Parenthood, immediately refuted the slide, saying it didn’t accurately represent what was going on at the organization. She quickly added that the slide came from an anti-abortion group, and suggested Chaffetz should “check [his] source.” After the hearing it was clear that slide badly misrepresented the data, with one data visualization expert calling it “ethically wrong.” Watch the exchange:

The time he undermined his own campaign for the speakership: After McCarthy withdrew from the race, attention naturally turned toward Chaffetz. How did he respond to this potential uplift in his fortunes? He said he was still running for the post, but…he didn’t know if he was the right person for the job.