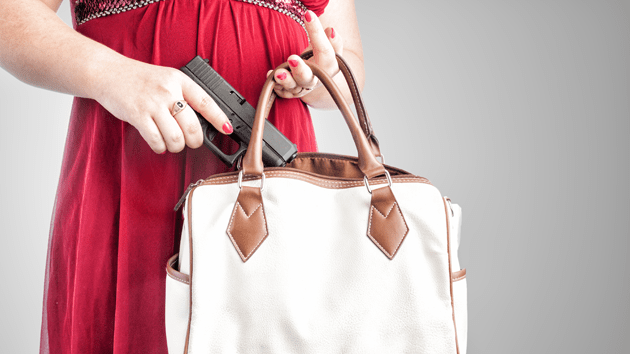 Last fall, a first-person narrative by Taylor Woolrich, a student at Dartmouth and a stalking victim, went viral. In the article, which appeared on FoxNews.com, Woolrich wrote that her stalker of several years would soon be let out of jail, yet the college wouldn’t let her carry a gun. The headline read, “Dear Dartmouth, I am one of your students, I am being stalked, please let me carry a gun to protect myself.” The article went on:

I feel that I have no control over my life. My family was forced to move. I have had stay indoors [sic], keep drapes closed, avoid posting on social media sites, and even change my car. It’s almost like being held hostage.

Should myself and other female victims just have to put up with this? The answer, hopefully, is “no.” Women must be able to defend themselves. The most effective way of doing this is by using a gun. When police arrive to enforce a restraining order, it is usually too late.

But Woolrich didn’t write the article. Instead, it was penned by John Lott, a Fox News columnist, economist, and gun advocate whose research claiming that guns reduce crime has been repeatedly challenged and dismissed. Now, Woolrich believes that her experience was repurposed to promote a cause that she never intended to support. “I wanted to talk to the media, if it could mean something positive,” Woolrich recently told BuzzFeed. “But I wanted to talk to the media about stalking. I didn’t realize I was being turned into an NRA puppet.”

Woolrich’s interactions with Lott go back to last summer, when he asked her to speak on a panel at the Students for Concealed Carry conference. She agreed, admitting in her presentation that she didn’t particularly identify with the pro-gun movement but wanted to help stalking victims. Around the same time, Lott and Woolrich shared a byline for an article for the Daily Caller about her experience. Woolrich says Lott wrote it, but she agreed to share the credit with him to make the piece “more reputable.” Afterward, Fox News asked her to write a first-person op-ed. She said she didn’t have time, so Lott offered to write it.

The piece incorporated elements of her talk at the conference, but otherwise it was essentially the same article written by Lott, which is still online at the Daily Caller. “It’s his op-ed,” she says. “Word for word, except the chunks that match what’s said in my speech.” The references to Lott’s disputed research? Not hers. The link to the Amazon sales page for his book? Not hers. The headline? “Dear Dartmouth, I am one of your students, I am being stalked, please let me carry a gun to protect myself.”

“I think his first priority was his cause,” she says. “He saw me as a really great asset.”

So did Fox News. “THANK YOU for putting this in the first person,” wrote a Fox editor to Lott. “Here’s hoping this piece might go viral.”

It’s unclear if the Fox editors were aware of the extent to which Lott was involved in writing the piece. An editor’s note at the bottom mentions that Lott “contributed to this story.” But Fox News executive editor John Moody told BuzzFeed that FoxNews.com “published what was characterized to us as a first person account of Ms. Woolrich’s experiences.”

This isn’t the first time that Lott has written in the voice of a young woman seeking safety from a gun. In 2003, Lott was forced to admit he had posed as an active online commenter named Mary Rosh, who presented herself as his former student at the University of Pennsylvania and fiercely defended his research. “Even if I am not wearing heels, I don’t think that there are many men that I could outrun, especially over a short distance. Unfortunately, women are not as fast as men on average,” Rosh/Lott wrote. “You obviously don’t know what it is to be seriously threatened by someone who is much stronger than you are.” Lott later explained that “on a couple of occasions I used the female persona implied by the name in the chat rooms to try to get people to think about how people who are smaller and weaker physically can defend themselves.“