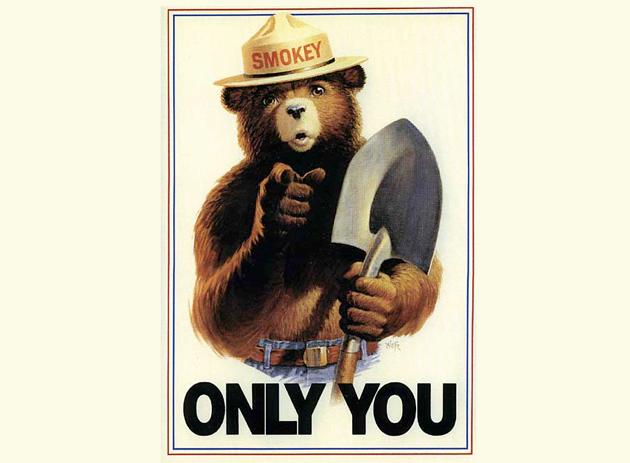 Perhaps nothing is more emblematic of the frustration Americans felt during the October government shutdown, which cost the economy an estimated $24 billion, than the furor over the shuttering of more than 400 federal national parks. Republicans accused Democrats of keeping veterans from seeing the World War II monument in Washington, DC. Democrats blamed the Republicans (who effectively held the nation’s budget hostage for 16 days until they couldn’t politically afford to anymore) of seizing the park issue to distract from the economy. But now, the US National Park Service—which lost $450,000 a day in park entry and activity fees during the shutdown—has a new message for Congress: No, we’re not going prepare for another government shutdown, because you need to do your job.

The smack-down took place at a hearing last week before the House Subcommittee on Public Lands and Environmental Regulation, which weighed in on a new bill introduced by Rep. Chris Stewart (R-Utah) in October. The Provide Access and Retain Continuity (PARC) Act, which has 17 Republican co-sponsors, would allow states to keep national parks operating in the event of another shutdown and would make them eligible for reimbursement by the federal government. (During the shutdown, six states entered into a similar agreement.) Right now, the government is only funded until January 15, meaning that Republicans could potentially pull the same shenanigans all over again in 2014. Stewart tells Mother Jones, “This bill is designed to provide some safeguards to local communities that rely heavily on access to public lands in the event that a shutdown does occur.”

According to a National Park Service spokesman, more than 11 million people were unable to visit parks during the shutdown, and the park service lost about $7 million in park entry fees. The Park Service also estimates that communities within 60 miles of a national park suffered a collective negative economic impact of $76 million for each day of the shutdown. But Bruce Sheaffer, Comptroller of the National Park Service,testified that the agency “strongly opposes the bill.” He said:

We have a great deal of sympathy for the businesses and communities that experienced a disruption of activity and loss of revenue during last month’s government shutdown and that stand to lose more if there is another funding lapse in the future. However, rather than only protecting certain narrow sectors of the economy…from the effects of a government shutdown in the future, Congress should protect all sectors of the economy by enacting appropriations on time, so as to avoid any future shutdowns.

Sheaffer took issue with other parts of the bill, noting that forcing the Park Service to rely on state revenue would be “a poor use of already strained departmental resources” and would “seriously undermine the longstanding framework established by Congress for the management of federal lands.” While Sheaffer didn’t object to another GOP-backed bill on the table—the Protecting States, Opening National Parks Act, which would reimburse states for National Park expenses incurred during the October shutdown—he concluded that planning for another shutdown “is not a responsible alternative to simply making the political commitment to provide appropriations for all the vital functions the federal government performs.”

Scheaffer’s position had support from Rep. Raul Grijalva, (D-Ariz.), who told Cronkite News Service at the hearing, “We shouldn’t be coming up with doomsday preparations.” But Stewart says, “The [Park Service] opposition is odd and misses the point. Of course the preferred course of action is to avoid future lapses in funding.” He adds, “While I cannot predict the future, I do not anticipate another shutdown during the 113th Congress.”

When Mother Jones asked the National Park service whether it considered the GOP’s fixation on funding national parks a way to deflect blame away from the shutdown, a spokesman said, “Your question asks us to speculate on an issue. We don’t do that.”