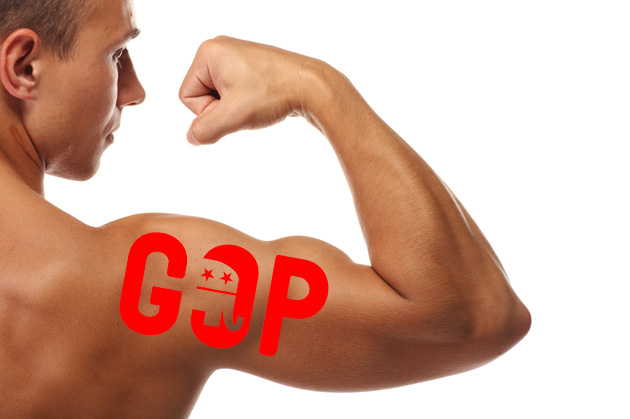 Today we’re witnessing an explosion of research on the biological factors that may underlie our political views. This new body of science is, slowly but surely, upending the old “I vote Democrat because Mom and Dad did” view of where our ideologies come from, and substituting an explanation based on genes, personalities, and emotions.

But to draw a seamless connection between a person’s genes and his or her political orientation poses a formidable scientific challenge. What’s more, there’s a crucial biological step that, thus far, has been largely missing. Genes, after all, are simply the code or template that our cells use to make proteins. So what are those proteins doing in the body to create political leanings?

Today’s political psychologists and biologists are honing in on a possible answer: Genetic differences may influence the body’s production of hormones (such as testosterone) and neurotransmitters (such as dopamine). These chemical messengers flow through the bloodstream and in between nerve cells, shaping our patterns of attention, response, emotions, and much else. Such patterns, the thinking goes, then come together to create our values and personalities; and these, along with input from our surroundings, impel our political ideologies and behaviors.

“Those people who don’t vote are the people who tend to have fairly high cortisol levels. Because politics is pretty stressful.”

“The variation between people in hormone levels is just tremendous, and I don’t think we really appreciate that,” explains John Hibbing, a political scientist at the University of Nebraska-Lincoln who has been a pioneer in studying the biology of ideology.

This is a very new field, but already researchers have homed in on some hormones and neurotransmitters that may be involved in politics:

Cortisol: This stress hormone may also influence us politically, according to recent research by Hibbing and his collaborators. “You can see people’s cortisol levels go up dramatically when you stress them out,” Hibbing says—for instance, by requiring them to prepare to give a speech that is going to be videotaped. “We are finding there are relationships between cortisol and not voting. Those people who don’t vote are the people who tend to have fairly high cortisol levels. Because politics is pretty stressful.”

Testosterone. “There is genetic variance in how much testosterone someone has at birth, and there are certain things that can enhance or diminish that,” explains Brown University political scientist Rose McDermott, a prominent researcher on the science of ideology who authored a recent book chapter on hormones and politics. “One of those things that enhance that is muscle mass—if you build muscle mass, you enhance” your testosterone levels.

What might this have to do with politics? While direct research linking testosterone to ideology is lacking, researchers have recently published data tying muscle mass to political preferences. One study shows that rich men with large biceps are more opposed to wealth redistribution than rich men with small biceps. Another study finds that weightlifting ability correlates with support for, er, a more muscular foreign policy. Plus, get this: Men with wider faces (an indicator of testosterone levels) have been found to be more willing to outwardly express prejudicial beliefs than their thin-faced counterparts.

Oxytocin: Often dubbed the “love hormone” because of its role in forging ties between lovers (and parents and children), oxytocin may also have a role in politics. Paul Zak, a neuroeconomist at Claremont Graduate University, describes research in which a nasal spray containing oxytocin made research subjects more generous in sharing money with one another. But before you jump to the conclusion that oxytocin simply fuels generosity, consider another study, in which the hormone seemed to promote cooperation with your in-group or tribe, but quite the opposite with an outside group or tribe that threatens you. Clearly there are strong political implications here—and not entirely cuddly ones.

Dopamine: This neurotransmitter shapes our need for pleasure, rewards, and novel sensations. Indeed, “sensation seeking” has been associated with particular dopamine receptors in the brain whose numbers vary, for genetic reasons, from individual to individual. A particular variant of the gene that codes for these receptors has, in turn, been associated with political liberalism; one study found that people who had the key gene variant in question were more likely to be political liberals.

None of which is to say that researchers can definitively say how any of the four chemicals discussed here—cortisol, testosterone, oxytocin, and dopamine—may affect us politically. Nor are they the only candidate hormones or neurotransmitters that may do so. “I think it would be a mistake to kind of lead people to believe that in the near future this is going to be tied up with a ribbon,” says Hibbing.

For Hibbing that’s good news, because studying political hormones could help lay to rest the concern that the new biology-of-politics research is focused on simplistic genetic explanations for why we think as we do. “It moves us a little bit away from the nature-nurture debate, because clearly, the nature of your endocrine system and how it’s released, it’s influenced by genetics, but also by your experiences in your early life,” he says. Our hormones pulse and cascade, in part, in response to what happens to us—and what has happened to us. And over time, a pattern of response can be laid down. Nobody disputes that—but what scientists are now saying is that the pattern itself may influence our political leanings.