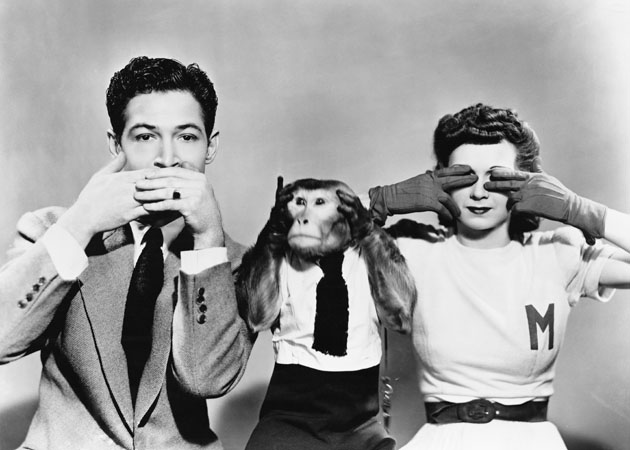 Ever since Stanford psychologist Leon Festinger’s pioneering work on doomsday cults in the 1950s, the concept of cognitive dissonance has been well established in psychology and even, to some extent, embedded in public consciousness. Basically, when the mind is faced with an idea that is threatening to one’s identity or sense of self—an idea that induces unpleasant dissonance—one tends to try to either avoid the thought or, perhaps, reinterpret it into something unthreatening or positive. Thus, in Festinger’s landmark work, a doomsday cult interpreted the failure of the world to end on the precise day they had predicted as evidence that their beliefs were right in the first place!

But do liberals and conservatives differ in their tendency to avoid cognitive dissonance? Suggestive evidence from past research suggests they might. For instance, a study of voters in the 2000 election by Stanford public opinion specialist Shanto Iyengar and his colleagues found that although Republicans and conservatives were more interested in learning information about George W. Bush than about Al Gore, Democratic and liberal voters had no such political preference.

In a recent study in PLOS One, an online academic journal, the psychologist Jay Van Bavel and his colleagues at New York University set out to explicitly test whether conservatives are more likely than liberals to avoid the unsettling sensation of cognitive dissonance. For the experiment, they asked George W. Bush and Barack Obama supporters to write an essay supporting the president whom they had already said they opposed. It was a test, as the study’s instructions instructions put it, of “the ability to craft logical arguments arguing positions you may not personally endorse.”

Importantly, the study sometimes presented writing the essay as a choice—which is more likely to arouse dissonance—and other times presented it as an assignment. As a control, the participants were put through the same routine by being asked to write essays on a nonpolitical issue: How they felt about Macs vs. PCs.

Sure enough, the results yielded a significant partisan difference in the willingness to write the essay—but only when the essay was political (not about Macs vs. PCs) and only when writing it was presented a choice, not an assignment. In that context, the results were rather stunning: Not a single Bush supporter was willing to write a pro-Obama essay. That’s 0 out of 28 Bush supporters overall. Obama supporters didn’t like writing pro Bush essays much either, but they were a lot more willing in general: 20 out of 71 did so, or 28 percent overall. (The study sample, obtained through Amazon.com’s Mechanical Turk, contained more liberals than conservatives.)

In fact, some conservatives sounded rather miffed after taking the study, leaving comments like: “Not for all the tea in China would I write that.” In contrast, note the study authors, some liberals seemed to revel in the assignment. “This was fun!” as one put it.

The same finding arose—but less sharply—in a second study, when the presidents involved were Ronald Reagan and Bill Clinton, rather than Bush and Obama. Here, 13 out of 58 Clinton supporters—or 22 percent—wrote essays supporting Reagan, whereas just 3 out of 30—or 10 percent—of Reagan fans bothered to extoll Clinton. (The authors hypothesized that the response might have been different in this case because both former presidents are now quite well regarded, their reputations much more insulated from the partisanship of the current political moment.)

Like responsible scientists, the study authors noted factors other than the obvious one that could have contributed to their results—e.g., maybe liberals just enjoy the opportunity to be devil’s advocates more than conservatives do. Or maybe it’s really true (as much other research suggests) that the left-right divide reflects a deeper divide in psychology.

Liberals and conservatives did look almost identical when they were required to write the dissonance-inducing essay, rather than having a choice about the matter. When people are required to think positively about their political foes, they will, says NYU’s Van Bavel. It isn’t impossible, then—just something that happens far too rarely.