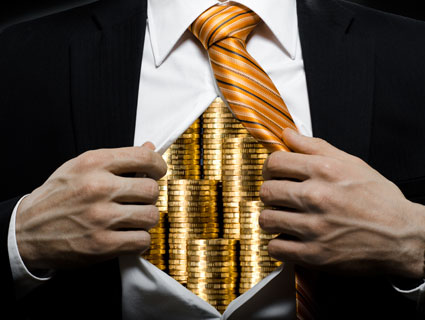 In late February, some 70 guests arrived for dinner at a hotel near Washington, DC’s Union Station. Nine members of Congress were there, including Reps. Rubén Hinojosa (D-Texas), Raul Ruiz (D-Calif.), and Gloria Negrete McLeod (D-Calif.), as was former Labor Secretary Hilda Solis. Also in attendance were lobbyists and executives for Fortune 500 companies and big industry trade groups. Lonnie Johnson, a lobbyist for ExxonMobil, sat next to Hinojosa at dinner; Walmart lobbyist Ivan Zapien gave the closing remarks. Exxon, American Gas Association, Darden Restaurants, and Coca-Cola had underwritten the event. That was how, seven weeks into the 113th Congress—as lawmakers began work on immigration reform and a tax code overhaul—powerful corporate lobbyists scored premium access to politicians.

The dinner was organized by the Congressional Hispanic Caucus Institute, an obscure offshoot of the 27-member, all-Democratic Congressional Hispanic Caucus. (Caucuses are factions of lawmakers formed around an issue or ideology, such as the Progressive Caucus, the Black Caucus, and the Tea Party Caucus.) The CHCI, founded in 1978 by a small group of Hispanic lawmakers, says its mission is to “develop the next generation of Latino leaders” by underwriting scholarships and fellowship programs for young Latinos, funding college readiness courses for them, and placing them in jobs and internships on Capitol Hill. But like other nonprofits nominally affiliated with congressional caucuses, CHCI sells access to influential lawmakers in exchange for big donations.

Before Congress passed several waves of ethics rules impacting caucuses and lobbyists, corporations and unions that hire lobbyists could pay for trips, conferences, and other perks for federal lawmakers. Today, nonprofits like CHCI offer lobbyists a way to sidestep those rules, says Craig Holman, a lobbyist with the watchdog group Public Citizen. “It’s a simple dance to evade the ethics rules that apply to members of Congress as well as to caucuses,” he says. “Lobbying entities can’t give gifts, but they can launder the money through nonprofits and let the nonprofits do the giving.”

Housed in an ivory-colored brick office building a few blocks north of the US Capitol, the CHCI hosts dozens of events each year. Its public policy conference and awards gala, held during National Hispanic Heritage Month, “represent the largest and most prestigious gathering of Hispanic leaders in the nation,” the institute’s website boasts. Corporate or union sponsorship packages for CHCI events range from a few thousand dollars to $300,000. The more you give, the more you get to hobnob with CHCI’s network of legislators and other Latino leaders.

For a company wanting to endear itself to the Latino community’s political leaders, now is an especially smart time to give. As the nation’s Latino population grows, so, too, does the clout of the Congressional Hispanic Caucus, described by one expert as “the vanguard of this growing [Latino] power” in America. Caucus members, all of whom have roles with CHCI, are cultivating new Latino donors and playing bigger roles in Hispanic outreach within the Democratic Party. Reps. Luis Gutierrez and Xavier Becerra, both members of CHCI’s advisory council, are part of the House’s Gang of Eight crafting a comprehensive immigration reform bill, and lawmakers in the CHCI are poised to play an important role in the immigration reform debate once legislation is unveiled.

CHCI is just one of a long list of “institutes” or “foundations” trading on its ties to Congress that pockets corporate and union money and doesn’t fully disclose its donors. The International Conservation Caucus Foundation, a secretive charity recently exposed by Mother Jones, hosts lawmakers on all-expenses-paid international junkets. Fortune 500 corporations and private conservation groups fund the ICCF, and, in turn, the ICCF pledges an “unparalleled opportunity for access” to the 141 members of Congress’ bipartisan International Conservation Caucus. The Congressional Sportsmen’s Foundation, a nonprofit sponsored by the National Rifle Association and gun and ammo companies, affords gun lobbyists and executives the chance to mingle with lawmakers at wine and cigar tastings, fancy dinners, and shooting contests.

Esther Aguilera, CHCI’s president and CEO, says her organization doesn’t work on policy issues and is unlike, say, the mighty American Israel Public Affairs Committee. Instead, the CHCI focuses on providing young Latinos with access to colleges and jobs they wouldn’t otherwise have, helping as many as 1,600 students and workers. Aguilera does not outright dismiss CHCI critics who decry group’s ties to corporate and union lobbyists, but she insists that members of Congress should be applauded for lending their name and time to CHCI’s efforts. “Yes, those critics need to be asking those key questions,” she says, “but we shouldn’t be penalizing our key leaders for wanting to get involved.”

Aguilera acknowledges that CHCI’s corporate funders might have ulterior motives—gaining access to politicians, promoting their brand at CHCI’s splashy events. Yet she says she welcomes more donations from the private sector, and adds that criticism should be directed at the philanthropic world for failing to fund Latino causes. “Thank god for the private sector for supporting this community and other communities,” she says. “Certainly, the charitable and philanthropic foundations are pitiful right now.”

Access—to lawmakers, corporate leaders, and more—is a central selling point in CHCI’s pitch to potential donors. For $1 million, donors get the VIP treatment at CHCI galas, a private dinner with board members, and the opportunity to “maintain a special relationship with CHCI leaders.” For $300,000, a company can be the sole host of the institute’s annual public policy conference, which includes exclusive access to networking events, 20 invitations to a private reception hosted by CHCI chair Hinojosa, and 20 invitations to a reception hosted by CHCI’s board members. For $50,000, a donor can sponsor CHCI’s “Fiesta de Golf” fundraiser in May and potentially get the chance to tee off with a member of Congress.

CHCI’s coffers have steadily grown in recent years, from nearly $950,000 in revenue in 1990 to $7.7 million in 2012. Although CHCI, as a 501(c)(3) nonprofit, does not have to disclose its donors, it lists 54 major “partners” on its website without saying how much they donated. A donor list provided to Mother Jones shows that CHCI’s top donors in 2011 and 2012 included Walmart, PepsiCo, ExxonMobil, Bill and Melinda Gates Foundation, Comcast, Toyota, American Petroleum Institute, BP America, Altria, Lockheed Martin, Anheuser-Busch, and Coca-Cola. CHCI also received money from the Service Employees International Union, the American Federation of Teachers, and the AFL-CIO.

The mission of the CHCI may be admirable, but its fundraising tactics raise the same red flags as the other access-peddling nonprofits, says Meredith McGehee, policy director at the Campaign Legal Center. “What’s part of this transaction is blatant access- and influence-buying, and in a way it is money that particularly the corporate world can use to get in the good graces of people at the Hispanic caucus and others,” she says. “It is like an insurance policy, so they can maintain good relationships with a caucus that they might not otherwise have.”

The institute and its supporters, in other words, are doing what similar nonprofits have accomplished: turning a public interest mission into an opportunity for influence peddling.