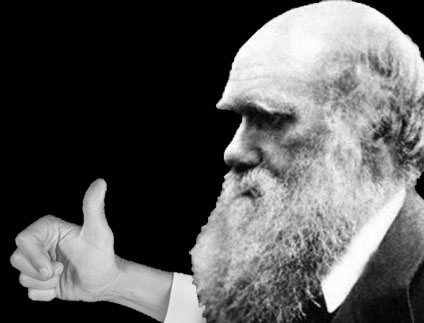 It looks like Charles Darwin can stop turning over in his grave, or at least, slow his roll: Three bills that take aim at widely accepted scientific theories like evolution and climate change died this week, in Indiana, the Oklahoma state Senate, and Arizona, following the earlier demise of similar legislation in Montana and Colorado, the National Center for Science Education reports. But two other anti-evolution bills—one in Missouri and another in Oklahoma’s House of Representatives—are still kicking, and they have more explicit pro-creationist language than the bills that have already been scrapped.

As Mother Jones reported last week, the House bill in Oklahoma, introduced by Republican state representative Rep. Gus Blackwell in February, forbids teachers from penalizing kids for writing papers attempting to debunk the theory of evolution or global warming. That bill squeaked through the Oklahoma Common Education committee on February 19, and is still alive. So is a House bill in Missouri, introduced by Republican state representative Rick Brattin in January, that would require that teachers and textbooks devote equal space to the teaching of intelligent design, “destiny” and any other theories of origin. Brattin’s bill has been referred to the Missouri Elementary and Secondary Education committee, but a hearing still hasn’t been scheduled. Even the Discovery Institute, which supports intelligent design research, is opposing the Missouri bill, saying it goes too far in pushing intelligent design in schools.

In contrast, the dead bills in Indiana and Oklahoma don’t even mention evolution. Instead the Indiana bill merely says “some subjects, including, but not limited to, science, history, and health, have produced differing conclusions,” and both the Indiana and Oklahoma bills say teachers should be allowed to teach the “strengths and weaknesses” of different theories. This is similar to language used in the now-dead Arizona bill—except that Arizona actually names those controversial theories: “biological evolution, the chemical origins of life, global warming and human cloning.” Kathy Trundle, president of the Association for Science Teacher Education, tells Mother Jones that “these types of legislation represent a thinly veiled attack on biological evolution…. Theories are not speculation.”

In Indiana, a spokesman for Rep. Robert Behning, House Education Committee chairman, told The Indiana Star on February 3 that the bill wasn’t going to get a hearing “due to the volume of bills and limited time.” But that doesn’t mean that the bill’s sponsor is giving up. “It might be one of those things that I may file for several years,” Republican state Representative Jeff Thompson told the paper. “My thought process hasn’t changed.”

Trundle says this kind of thinking is exactly the problem: “Legislation that conflates science, religion and politics is confusing and works against efforts to achieve scientific literacy.”