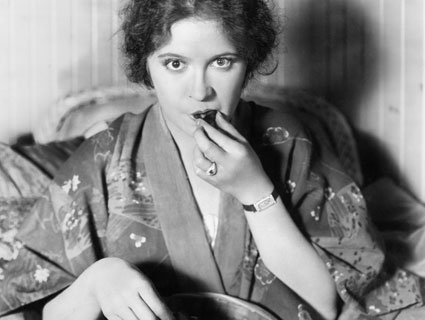 After a year in which men told American women that they were “prostitutes” for using birth control, that rape isn’t real if you get pregs, and that women should have a transvaginal probe stuck in them before they could get an abortion, a record number of non-men were elected to Congress. So how will female lawmakers use that power to advance women’s interests?

A few high-profile female lawmakers and policy people discussed just that at a Center for American Progress event on Tuesday in Washington. Sen. Claire McCaskill (D-Mo.), Rep. Gwen Moore (D-Wis.), Obama deputy campaign manager Stephanie Cutter, and other lady luminaries joined PBS’ Judy Woodruff for a download on what women voters expect from Congress’ female contingent, and how to keep American women politically engaged, and fighting for their interests post-election.

Moore said women picked up seats in Congress in 2012 “because we were able to look at how the feminization of poverty was going to be institutionalized in the cuts [Republicans] made.” Rep. Paul Ryan’s proposed slashing of stuff like Head Start and Pell Grants, she said, would have disproportionately affected many cash-strapped single mothers trying to ensure their kids get a good education. And cuts to healthcare entitlements like Medicaid would also largely have hit women, who represent two-thirds of the program’s beneficiaries, Moore noted.

Now that that the Ryan budget spending cut crisis has been averted, McCaskill (whose opponent Todd Akin made those charming legit rape comments) pointed out, another looms. Women “expect us to keep their priorities in mind” as lawmakers consider the fate of those same programs in fiscal negotiations, she said. That won’t be so easy, since Republicans don’t seem to have gotten the memo. “You would think after that election they would begin to get it,” said McCaskill. But alas.

So, regular Americans will have to make them get it, said Moore, by organizing their communities and putting pressure on legislators. And giving out snacks. “Food is really important,” Moore said. “You can organize anything around refreshments. You say, ‘what do you think about [our legislators] cutting transportation,’ and you have refreshments, you have cookies and coffee and cheese and crackers—you can get a bunch of people. Legislators are scared of people.”

Not only is this kind of mobilization key to getting fiscal priorities straight, McCaskill said, but also to passing one of the most important pieces of legislation for women still pending in the lame-duck Congress. That’s the Violence Against Women Act, the five-year bill which has been stonewalled by Republicans in the House, who oppose new protections for immigrant, gay, and Native American victims of sexual violence. “I am as worried about VAWA as I am about the fiscal cliff,” McCaskill says.

Could rallying around refreshments in church basements turn the tide in women’s favor on these issues? The strategy has worked for some. “I started as a community organizer. I realize it’s not a legitimate path to power,” Moore joked. “But…just sayin’.”