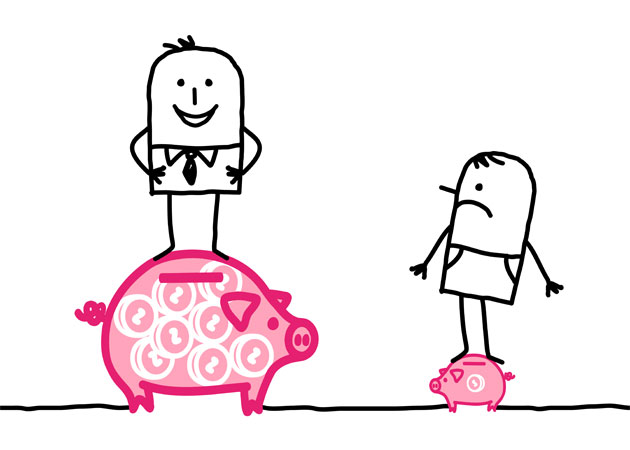 As the fiscal cliff looms, there’s a consensus that, one way or another, the rich are going to have to pay up. But that doesn’t mean the poor are home free. Any “grand bargain” budget deal will be just that—a deal, which means that even though Democrats want to shield social programs from cuts, they will inevitably end up as bargaining chips on the table.

Obama’s starting point for negotiations is the deficit plan that came out of the 2011 debt-ceiling showdown. It already contains heavy cuts in discretionary spending, which is spending on stuff that is not entitlements, including military and domestic programs. And 25 percent of that domestic spending goes to programs that help low-income people, according to Richard Kogan, a federal budget expert and senior fellow at the Center on Budget and Policy Priorities (CBPP). Obama and the Democrats have been pretty set against cuts to Social Security, Medicare, Medicaid, food stamps, and long-term unemployment benefits. However, Rep. Paul “62-percent-of-my-proposed-budget-cuts-come-from-poor-people-programs” Ryan will likely be leading the charge on the other side of the aisle. He won’t be able to chop up the safety net to his liking, but he and his fellow Republicans will do what they can.

Kogan says that even though a final budget deal is likely not to eliminate tax benefits for the poor, it will almost certainly include deeper cuts to lots of social programs. Here are 12 possible targets (program costs are from 2012 unless otherwise noted):

Medicaid ($258 billion): Though Obama has largely targeted providers for potential Medicaid cuts, Republicans want beneficiaries to fork over more. In which case, says Kogan, patients might be forced to make copayments, or program costs may be shifted to the states, which could decide to scale back coverage.

Food Stamps ($78 billion in 2011): The Supplemental Nutrition Assistance Program serves about 45 million people. It is not part of discretionary spending, but Ellen Nissenbaum, senior vice president for government affairs at CBPP, told The Nation it faces a real prospect of being cut in negotiations.

Unemployment benefits extension in 2013 ($40 billion): If long-term unemployment benefits are allowed to expire at the end of the year, some 2 million jobless will be affected. Kogan says “there will be some extension, because that’s just brutal. It’s just a question of how much.”

Head Start ($7.9 billion):  The program, which helps kids from disadvantaged homes be better prepared to start school, had about a million enrollees in 2010. Research has shown that Head Start generates real long-term benefits for participants.

Community Health Centers ($3.1 billion): In 2011, more than 20 million patients, 72 percent of whom were below the poverty line, got healthcare through federally-supported community health centers.

Title 1 Education Grants ($322 million): Under the No Child Left Behind Act, school districts serving a big percentage of low-income kids get financial assistance to help them meet state academic standards.

Women, Infants, and Children ($7.2 million in 2011): The Department of Agriculture’s WIC program helps low-income moms and babies get access to supplemental nutrition and health care referrals. WIC has about 9 million participants, most of whom are kids.