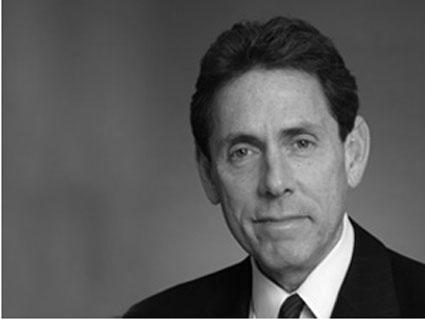 You may never have heard of him, but Edward Blum could turn out to be the nation’s most successful opponent of laws designed to mitigate racial inequality. Working virtually alone, this failed Republican congressional candidate has helped orchestrate legal challenges that could polish off affirmative action and a key section of the Voting Rights Act.

According to an illuminating profile from Reuters, Blum, under the auspices of his Project of Fair Representation group, spent three years looking for a white college applicant who had been rejected from her institution of choice despite having adequate credentials. The “former stockbroker” eventually settled on (now) 22-year old Abigail Fisher, who had failed to secure admission to the University of Texas at Austin. Reuters notes that civil rights groups also find candidates to “tee up” cases for laws they don’t like, but Blum never actually found the kind of applicant he was looking for, because UT says Fisher’s credentials weren’t good enough to get into the school in the first place. Blum did find a case: Fisher’s challenge to UT’s attempt to supplement its color-blind top ten percent admissions policy with race-conscious affirmative action was argued before the Supreme Court this year, and found a slate of conservative justices eager to strike down affirmative action.

The Fisher case is not Blum’s only accomplishment. He’s also responsible for helping set up two challenges to Section 5 of the Voting Rights Act, the landmark civil rights legislation that ensured black access to the franchise after decades of Jim Crow. Jurisdictions covered by Section 5 have to submit their election rule changes to the Justice Department for pre-approval because of a history of discrimination. Most—but not all—covered jurisdictions are in the South. Jurisdictions can “bail out” with a history of good behavior, but many conservatives still consider the law an anachronistic form of federal overreach because racism is over and stuff. In 2009, Blum financed Northwest Austin Municipal Utility District Number One (NAMUDNO) v. Holder, which lead to a Supreme Court ruling that left Section 5 hanging by a thread. He’s also financing Shelby County, Alabama v. Holder, which may kill Section 5 once and for all.

What motivated Blum’s crusade in the first place? Reuters describes him as a former Democrat whom Commentary magazine and Ronald Reagan converted to conservatism, but suggests that the major catalyst for his legal efforts was a failed congressional bid:

After noticing that his heavily Democratic district had trouble fielding a Republican congressional candidate in 1990, Blum decided to enter the 1992 Republican primary. He won it, and in the general election faced an African-American incumbent Democrat. When Blum and Lark walked the district to shake hands with voters, he said, he had to carry a map because the borders zigged and zagged. “Multi-ethnic neighborhoods were split apart,” he said. “Block by block. Blacks over here. Whites over here. Hispanics over here.”

Blum lost by a wide margin. At the time, court challenges were starting to mount over “majority minority” districts like his that had been gerrymandered to consolidate minorities and maximize their voting power. In 1993, the Supreme Court ruled that districts appearing to segregate voters by race, even if designed to help minorities, violate the Constitution’s guarantee of equality. Blum decided to sue Texas officials, alleging the districts unlawfully segregated voters by race.

Although incumbents can certainly exploit its provisions on minorities and redistricting to entrench themselves, Section 5 also helps prevent things like Republicans deliberately slicing districts so as to deprive Latinos of their political influence on the assumption that Latinos are more likely to vote for Democrats. The Texas GOP actually tried that in 2012, only to be blocked by the Justice Department. Scrapping Section 5 won’t stop racial gerrymandering, but it will make the kind of racial gerrymandering Republicans like a little easier.

If the Blum-financed challenges succeed, colleges will be less diverse—at least while they figure out new ways to foster diversity—and the federal government will be deprived of a key tool for ensuring politicians don’t try to disenfranchise voters based on demographic assumptions. Blum’s crusade against race-conscious laws may be motivated by his disgust for segregation. But winning at the Supreme Court will have no impact on ongoing racial segregation in American life—although perhaps fewer white Republicans will suffer the life-changing humiliation of losing congressional races to black Democrats.