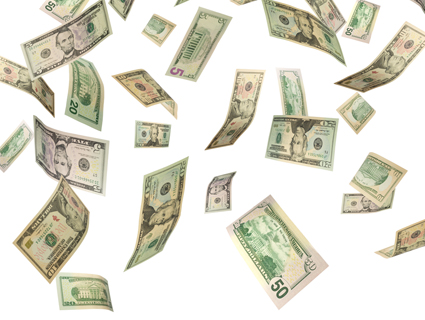 But the largest chunk of donations came from what, at first glance, look like three separate companies: CRC Information Systems, Inc.; Fairbanks Properties, LLC; and Waterbury Properties, LLC. Although the latter two companies don’t even have websites, they all ponied up nearly identical sums—$333,333, give or take a dollar—and listed the same address: PO Box 2608, Dayton, Ohio 45401.

It’s not a coincidence. All three companies are controlled by one man: Texas millionaire Robert T. Brockman, CEO of Reynolds and Reynolds, a former printing company which now advertises itself as a “[p]rovider of automotive retailing solutions for car dealers and automakers.” (He’s listed as the CEO of CRC Information Systems, operating manager of Fairbanks Properties, and an operating officer at Waterbury Properties.) As the Sunlight Foundation notes, PO Box 2608 is also the same address for Brockman’s charitable foundation. This isn’t the first time Brockman appears to have given to a conservative super-PAC via a corporate back-channel—in 2011, Dealer Computer Services Inc., a subsidiary of Universal Computers, gave $50,000 to the pro-Rick Perry “Restoring Prosperity Fund.”

Tom Schwartz, a spokesman for Reynolds and Reynolds—which is headquartered in Dayton—said that he could only confirm that CRC was a subsidiary company, and that he had never heard of Waterbury Properties LLC or Fairbanks Properties LLC “until I started getting calls today.” “Mr. Brockman’s a private investor and we’re a private company,” he said. “I did connect with him and he declined to comment beyond the donations themselves.”

Brockman has given generously to Republican causes in the past, but never in the seven-figure range. (All told, he’s given $281,127 to Perry’s campaigns for Texas governor.) A 2006 article at Wards Auto presented Brockman as a secretive millionaire who keeps his considerable business network under wraps:

Meanwhile, Brockman quietly is amassing several companies that serve dealers. UCS is a private firm and information is difficult to come by, but Brockman reportedly has acquired four of the six key security companies that exhibited at the National Automobile Dealers Assn. convention in February.

Employees may not even be aware of who owns their companies. They compete as if they have different owners. The secret got out only because the four each listed a UCS address in the NADA convention handbook.

In the wake of the Citizens United and Speech Now decisions that overhauled the campaign finance landscape, donors have tried to circumvent disclosure requirements by funneling donations through shell companies and effectively wiping their fingerprints off the check. But if that’s what’s happening here, Brockman doesn’t seem to have tried too hard to cover his tracks. It’s also unclear why he would split the donations up among three separate companies.