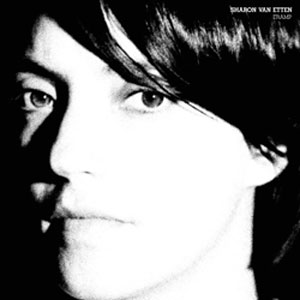 Sharon Van Etten, a singer-songwriter based out of Brooklyn, has slowly been building a reputation for herself over the past few years. First pegged as a talent to watch by TV on the Radio’s Kyp Malone, she won critical acclaim and a small but devoted following with her 2009 album Because I Was In Love (Language of Stone), 2010’s epic (Ba Da Bing), and opening stints for the Antlers and Neko Case. Last summer, at Justin Vernon’s urging, she signed with Jagjaguwar, a label with a roster of distinctive indie-folk performers, including Vernon’s Bon Iver, the Cave Singers, and Black Mountain. Tramp—produced by the National’s Aaron Dessner and featuring contributions from members of the Walkmen, Wye Oak, and Beirut—might be the album that finally breaks her into the (relative) bigtime.

The album opens with Van Etten’s voice languidly swooping over grungy guitars on “Warsaw,” a song that was lodged in my brain for days. Though lyrics like “I want to be over you”  are standard heartbreak fare, Van Etten lingers over them in a way that suggests she might take her time about it. The repeated refrains of “Give Out”—”You’re the reason why I’ll move to the city/Or why I’ll need to leave” and “It might not be I always hold on/It might be I always hold out”—likewise epitomize Van Etten’s characteristic combination of simple but perceptive lyricism and powerful delivery, while the album’s first single, the uptempo but ominous “Serpents,” showcases her vocal and emotional range as she’s alternately vulnerable and accusatory, soaring on the line “serpents in my mind” before sneering “you enjoy sucking on dreams.”

But the next song, “Kevin’s,” loses momentum, and the middle of the album slumps a bit. Songs like “In Line,” and “Leonard,” aren’t immediately as compelling as the songs they’re bookended by, and it’s tempting to tune out for a few minutes—but don’t, or you’ll miss lyrics like “Buried in masculine pain all the time” and “I am bad at loving you” hidden within quietly gorgeous harmonies.

The pace picks back up with “All I Can,” which starts out slow but steadily builds into an apologetic anthem as Van Etten pleads “we all make mistakes.” On “We Are Fine,” an inspired collaboration with Zach Condon and Julianna Barwick: the Beirut frontman’s rich, mournful voice is an ideal complement to Van Etten’s soprano, and her slurred reassurances paired with Barwick’s ethereal shimmer give the song a dreamy, surreal feel.

Van Etten’s voice is tremendously expressive, by turns powerful and breathy, twangy and sophisticated, earnest and seductive—and occasionally all at once. Fortunately, she and Dessner know better than to overwhelm it, while still managing to give the album a richer sound than her sparse first record. Even where instrumentation features more prominently—she’s backed by a shimmering curtain of sound on “I’m Wrong,” while a marching drumbeat and organ pace the sultry saunter of “Magic Chords”—it’s in service to Van Etten’s delivery.

With a final song, “Joke and a Lie,” that’s simpler and slower than almost any other on the album, Van Etten doesn’t bring the album to a close so much as put it on pause, practically asking you to play it again. And you should: Tramp is an album that, even more than most, rewards repeat listens; the more you hear it, the more the subtleties of Van Etten’s phrasing and tone come out, and along with them, the intimacies of the stories she tells. She’s clearly a master of the art of the slow burn, and Tramp should add kindling to a soon-to-be smoldering career.