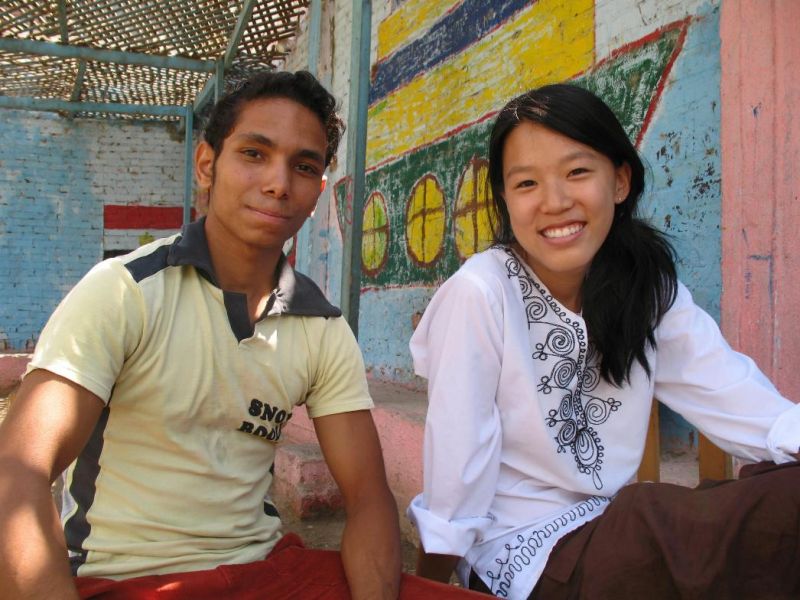 
The memories are vivid. The dust, the heat, the pervasive stench. The children holding hands, the sweetness of cane juice, and colorful Egyptian weddings. And the garbage. Who could forget the garbage?

It was the summer of 2007, and I was in Mokattam, a garbage village on the outskirts of Cairo, Egypt. In small villages like Mokattam, 60,000 Zaballeen, or “garbage people,” collect and recycle the trash of Cairo’s 18 million residents. Zaballeen manage to recycle 80 percent of what they collect. Most Western cities, in contrast, are lucky to recycle even 30 percent.

The village, and the stories of three local teens—Osama, Adham, and Nabil—are now the subject of an independent documentary film entitled Garbage Dreams, produced and directed by Mai Iskander. Tuesday night, as I sat in a San Francisco screening room, I didn’t know what to expect of a film that aspires to tell the story of a community very close to my heart. I knew to expect familiar faces. Of the three boys profiled, I knew two, and would recognize many others. Mokattam is, as they say, a place where everyone knows everyone.

While gracefully done, Garbage Dreams was not shy about pressing one central conflict: Cairo has contracted with multinational waste disposal corporations in an attempt to modernize. The move has dealt serious blows to the livelihoods of Mokattam’s garbage pickers, and the documentary, filmed over four years, explores how Osama, Adham, and Nabil each find a way to cope—and even to hope—in a world that does not seem to be changing in their favor.

In one scene, Adham and Nabil, 17 and 18, gain sponsorship to travel to a Welsh recycling plant, where they see garbage floating down a conveyor belt, destined for a landfill. The plant’s sorting of recyclables is mechanized but imprecise, and the boys see this immediately. “Recycle,” Adham says in English, holding two small shards of what appears to be glass. His Welsh guide tells him no. Still, Adham and Nabil cannot resist taking two plastic bottles off the line and setting them aside—to them it seemed such a waste to throw away. Gradually, the boys and their community come to believe they must modernize and somehow prove to the residents and the city of Cairo that their methods of waste disposal are better than those of big corporations, which are focused on disposal first, recycling second.

The documentary leaves largely unexplored a more basic question of whether it is socially just to have an entire class of people relegated to living in a village of garbage. It says little about the many Zabaleen who dream of a different life altogether for their children. But the portrayals of the characters are true to life, the camera captures the village’s strength and vibrance, and the whole thing is guaranteed to make you both choke up and crack a smile at the three boys’ antics. Last week the Directors Guild of America nominated Garbage Dreams‘ director for Outstanding Directorial Achievement in Documentaries, and the film has already won 17 awards from state and international film festivals. To check it out for yourself, try local listings for screenings in your area, or you can wait for the April 2010 broadcast premier on PBS.