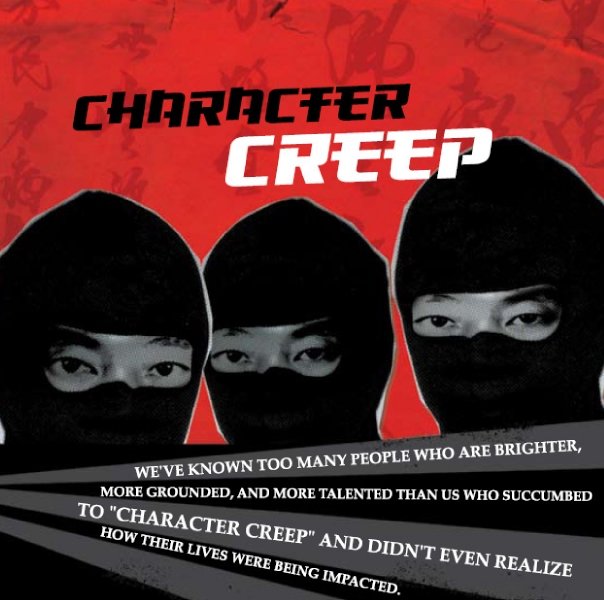 Update: This afternoon the authors posted an apology on their Deadly Viper blog. So far they’ve gotten some very forgiving responses in the comments section. I guess I won’t be needing karate lessons after all? That’s a relief.

I’ll let that name sink in for a moment. A KUNG FU SURVIVAL GUIDE. It’s written by Mike Foster and Jud Wilhite, two people who must understand a form of Chinese even Chinese people can’t make sense of, because the cover and website of their book features Chinese characters that read like total gibberish… because they are. They were selected because they “looked compositionally cool.”

Seriously? At least the kids at the mall who get various Chinese characters tattooed on their ankles still want to know what the words mean. To me, there’s just a total lack of recognition that Chinese characters are part of an actual language, and more than a pretty decoration. Or that the use of an stereotypical Asian ninja theme has little to do with the content of their book, which is Christian leadership. Or that this dubbed-over kung fu video made to promote the book is just downright offensive. Or that kung fu is Chinese and ninjas are Japanese, and those are two totally different cultures.

What’s clear is that their target audience is not Chinese-speaking folks. If I picked up a book at Borders with random words on the cover like “Happy, Sister, Tree” I would PROBABLY put it down without buying it. So clearly, this product is not marketed to the people whose culture it so gratuitously portrays. But when North Park Theological Seminary professor Soong-Chan Rah reached out to the book’s authors with his critique, he received the following response from co-author Mike Foster:

i realize you have an agenda.
i realize you see what you want to see.
im saddened that you are offended and angered by us shooting a video in a japanese garden.
not much i can do here except say good luck in life and what ever you may be trying to accomplish.

btw the kanji on the cover say ninja. warrior. assassin.

(What’s going on with that last line, by the way? Is that some kind of fortune cookie speak?)

Now I have to admit that I was hesitant to blog this, because I was afraid it would heap more hate on religion as a whole, and that refrain is a tired one. At the same time, it’s really frustrating to see your culture pimped out in the holy name of Christian book sales.

So Zondervan, you really want your name on this? This isn’t the first time that the Christian company has published racially insensitive materials. It’s just that on the other occasions, the authors of the books had enough sense to apologize. Several Asian American bloggers have now written posts and open letters protesting the publishing giant’s latest cultural faux pas. But so far, no response. If you feel so compelled, you can add your voice to the mix by contacting the authors or Zondervan’s PR team. Just please… do it with a little more grace than Mike Foster’s “good luck in life” signoff.