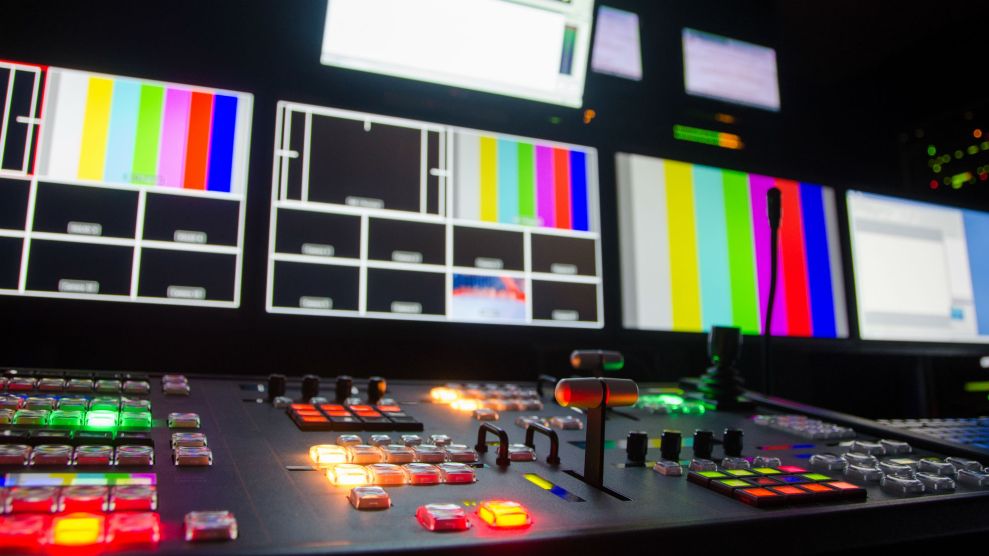 For almost 80 years, the Federal Communications Commission required that TV and radio stations have a studio in or near the community they served. It was only logical that a TV station covering a particular city or region have a physical presence there—to better cover the news, to give a connection to the community, and to offer viewers an easy way to interact with the station.

But on Tuesday, the FCC’s Republican majority voted to eliminate the main studio rule. It was the latest step by the commission under President Donald Trump to deregulate the broadcast industry, and it could further pave the way for the growth of a small number of powerful media companies, including Sinclair Broadcast Group, the pro-Trump TV behemoth on a mission to dominate the local news business across the country.

The FCC’s two Democrats voted against the decision. “By eliminating the main studio rule in its entirety for all broadcast stations—regardless of size or location—the FCC signals that it no longer believes those awarded a license to use the public airwaves should have a local presence in their community,” Commission Mignon Clyburn, a Democrat, said after the vote.

Critics on the left and right condemned the FCC’s decision. “By eliminating this rule, the Commission has blasted open a path for conglomerates like Sinclair to move even more resources—including broadcast facilities and staff—away from underserved communities,” Dana Floberg, a policy analyst at the media advocacy group Free Press, said in a statement.

Christopher Ruddy, the CEO of the conservative Newsmax Media company and a friend of Trump, wrote in a recent Washington Post op-ed: “If this requirement is dropped, local news production could be moved to places such as New York and Washington as the big networks buy up local stations.”

The broadcast industry was a driving force behind the FCC’s decision. The National Association of Broadcasters, the industry’s top lobbying group, argued that the rule was outdated because viewers and listeners can now contact their local TV and radio stations by email and on social media, and so it’s no longer necessary to maintain a physical presence in the community. The NAB also said that throwing out the main studio rule would lead to “cost savings and other efficiencies that will allow stations to better serve their audiences.” Broadcast companies such as Sinclair say they need all the savings they can find as they compete with Google, Amazon, and other major tech corporations entering the media business.

The FCC’s three Republicans agreed with the industry’s stance. Ajit Pai, the commission’s Republican chairman, went even further by predicting a future in which “technology allows broadcast stations to produce local news even without a nearby studio.”

The elimination of the rule will undoubtedly help companies such as Sinclair as they seek to consolidate the broadcast business down to a handful of mega-companies. Right now, Sinclair is seeking FCC approval of a $3.9 billion merger with Tribune Media. That deal would see Sinclair acquire 42 new TV stations—including stations in New York, Los Angeles, and Chicago, the three largest media markets in the country—making Sinclair far and away the largest owner-operator of TV stations in America.

As it happens, Sinclair—a company notorious in the industry for cutting costs and running lean newsrooms—is already experimenting with how to outsource the news. In 2016, Sinclair decided that it would outsource the local newscast for WNWO, its NBC affiliate in Toledo, Ohio, to a centralized studio located a state away in South Bend, Indiana.

The results have at times been shaky. The website FTVLive.com has documented the slip-ups and mistakes that appear to result from Sinclair’s efforts to produce a local news program from a studio operation more than 150 miles away. Here are two examples: