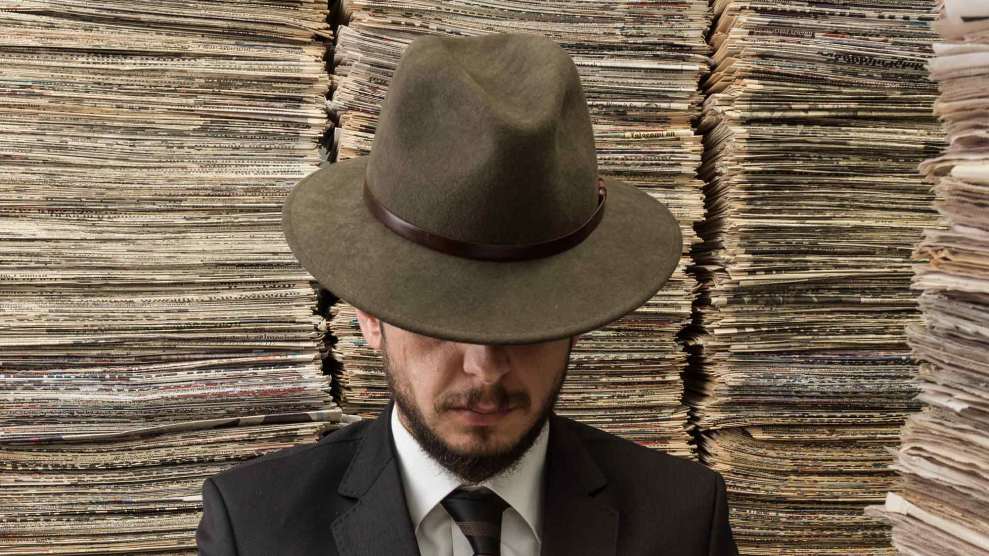 Stories about Sinclair Broadcast Group’s push to dominate local TV news and force pro-Trump viewpoints into its programming often lack the voices and opinions of journalists from Sinclair’s own stations. What do they think about Sinclair HQ ordering its stations to run Boris Epshteyn’s unabashedly pro-Trump commentaries? Or insisting on daily “Terrorism Alert Desk” segments (that sometimes have nothing to do with terrorism)?

As I reported my investigation of Sinclair, most employees I approached were afraid to speak for fear of retribution by company higher-ups. However, one veteran Sinclair journalist agreed to talk candidly and let me share an extended as-told-to version of those remarks on condition of anonymity.

I asked the journalist about Sinclair’s embrace of Trump, the company’s use of right-leaning “must-run” segments, and the wave of attention on Sinclair in light of its potential $3.9 billion merger with Tribune Media.

I enjoy what I’m doing. But I’m a local reporter. I don’t like what I’m reading [about Sinclair’s political tilt]. You probably saw the John Oliver piece. He said something about Fox News: with Fox News, you know what you get. Whether you like Fox or hate Fox, you know where they’re coming from 24/7. Oliver said what Sinclair is trying to do is more surreptitious.

I’ve watched some of them. Regardless of what he’s saying, why would that be included in a local newscast? Pittsburgh? Cedar Rapids, Iowa? I don’t understand. Put him on a Sunday morning talk show, as one of many analysts. And the segments air pretty often. To me, I think that’s very troublesome. I don’t feel it has any place in a local newscast.

Reporters have complained that these commentaries by Boris Epshteyn are almost longer than the amount of time a local reporter has to tell a story about something going on locally in their community. To me, that’s problematic. But I’m assuming this would all go back to whatever motivated David Smith to bring this guy on, a former campaign aide to Trump and then briefly in the administration.

You’ve seen the commentaries by Mark Hyman? When I’ve watched other TV stations, you might have your general manager give a commentary at the end of the newscast. But it’s locally driven and it’s something about “We need to pitch in to help the victims in Texas.” It wouldn’t be about revising the NAFTA treaty that was brokered by Clinton in 1993.

A local news director at WJLA [in Washington, DC] or Columbus, they almost have no say in [the must-run segments]. If I were them and said, “This is a total waste of time,” they might say, “You may not be the guy we need to have in there.” They can’t call up David Smith and say a lot of people in Columbus, Ohio, don’t like this.

I go back to that one local viewer who said you watch local news to get local news—crime, weather, taxes, that kind of thing. In local and network news, everything is timed down to the second. You have consultants that say we need to pick up the pace. To have a quick, packed newscast and then have something like [an Epshteyn must-run] at 1 minute 30 seconds or 2 minutes, it would drag down the newscast.

Again, if it’s a local general manager, and they said, “We’ll give you a minute and, say, why don’t you harp on something that’s very local and of interest to your local audience,” I think that’d make better TV than Hyman. I think it still comes back to David Smith. I don’t think these guys are going to air anything unless he reviews it, signs off.