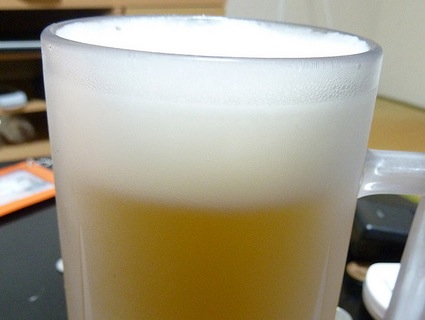 Like a drunk closing down a bar, beer behemoth Anheuser-Busch InBev doesn’t know when to stop. That’s the message of the Department of Justice’s recent lawsuit to block A-B InBev’s $20.1 billion takeover of Mexican beer giant Modelo, maker of the iconic (and, in my opinion, insipid) Corona brand, along with other popular brands like Pacifico, Negro Modelo, and Victoria. According to the DOJ’s complaint (PDF), A-B InBev already controls 39 percent of the US beer market, rival MillerCoors owns 26 percent, and Modelo has 7 percent.

By the DOJ’s reckoning, allowing A-B InBev and Modelo to combine would bring AB InBev’s market share up to 46 percent, leaving two companies—A-B InBev and MillerCoors—with 72 percent of the beer market. That’s about three of every four beers consumed in the United States.

If anything, Justice is understating the grip of Big Beer over the US market. Most reckonings of US beer market share—including Tim Heffernan’s great recent article in the Washington Monthly—peg the Big Two’s combined share at 80 percent of the market, or four of every five beers quaffed. That’s at least partly because even before AB-InBev’s move to take over Modelo, it already owned 50 percent of Modelo’s shares, and 43 percent of its voting shares, as the Wall Street Journal reported. In other words, even if the DOJ succeeds in blocking the takeover, the A-B InBev and Modelo already have a quite-intimate relationship.

And Modelo looms even larger in the Mexican market than AB-InBev does in the US. According to Reuters, Grupo Modelo owns 59 percent  of the Mexican beer market—and Mexico is an attractive place to sell beer, because its beer market is expanding at the rate of  2.4 percent annually, and ranks as the “world’s fourth-largest market in terms of profit generated.” Thus the dead hand of corporate-brewed beer extends over North America from Canada, where MillerCoors has huge market share, across the US, and clear down to Mexico.

Interestingly, the Justice Department argues in its complaint (PDF) that the reason AB-InBev wants to completely control Modelo is to eliminate the final vestiges of price competition in the corporate beer market. The DOJ essentially accuses A-B InBev and MillerCoors of, um, moving in sync on price:

ABI [A-B InBev] and MillerCoors often find it more profitable to follow each other’s prices than to compete aggressively for market share by cutting price.  Among other things, ABI typically initiates annual price increases in various markets with the expectation that MillerCoors’ prices will  follow. And they [MillerCoors] frequently do.

“In contrast, Modelo has resisted ABI-led price hikes,” the complaint continues. And if AB-InBev takes complete control of Modelo, that resistance would end.

To haters of corporate beer like me, it’s quite tempting to see this drama as entertaining but inconsequential. As I’ve written before, the swallowing up of the US beer market by two mega-corporations has not stopped a blossoming of the US craft beer scene. Despite the bulky presence of AB-InBev and MillerCoors, it’s never been easier to find great locally produced, high-quality beer across the US. Who cares if these giant companies churn out a bunch of swill—some of it masquerading as craft—when I can still enjoy the wares of Austin Beerworks or Sixpoint or Russian River or dozens of other great craft brewers?

But as Heffernan’s Washington Monthly article shows, the real stakes in the Big Beer game lie in distribution—the power to dictate what beers are available in which retail coolers and bars. And the bigger Big Beer gets, the more power it will have to take control of distribution, which could mean a harder path for your favorite craft brew going forward. So I’ll raise one to the DOJ for this move.