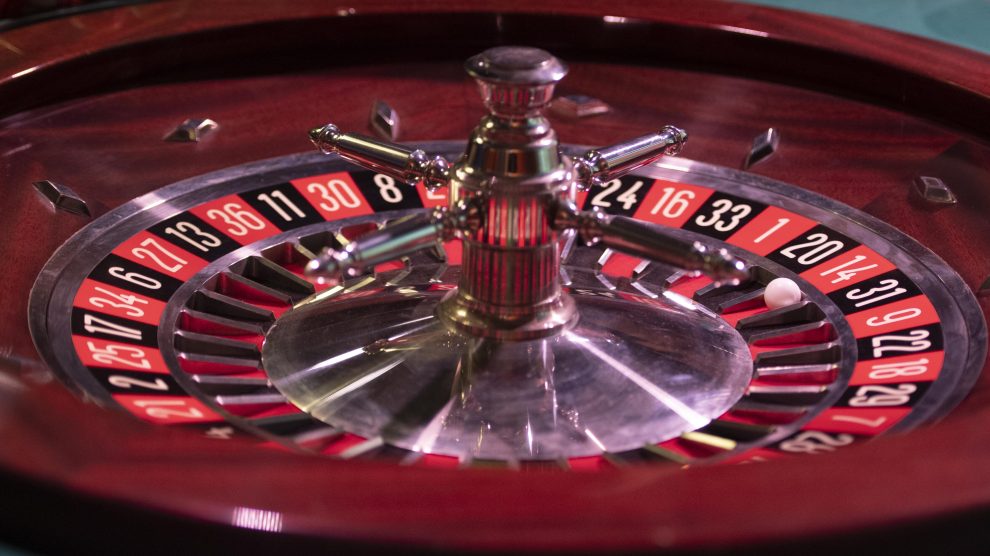 This story was originally published by the Bulletin of Atomic Scientists and is reproduced here as part of the Climate Desk collaboration.

The Peppermill Reno Resort is just one of a dozen large casinos in “The Biggest Little City in the World.” It boasts over 1,600 guest rooms, a three-story spa, a fitness center, multiple pools, nine restaurants and 15 bars and lounges, in addition to the 82,000-square-foot gambling space. And virtually every inch, from the pools to the parking ramp, is heated and cooled by geothermal waters, drawn from a depth greater than 4,400 feet below the ground at a rate of 800 gallons a minute in summer, 1,200 gallons a minute in winter.

The resort is located above something called the Moana geothermal anomaly, a low-to-moderate temperature geothermal reservoir that looks, in at least one illustration, a bit like a kidney bean. The Moana geothermal reservoir has been tapped for direct-use geothermal applications going back to the early 1900s. The Peppermill began using the geothermal waters on a modest scale in the 1980s, using them to heat a pool and one wing of the resort. In the mid-aughts, the Peppermill began work on an expansion to add 500,000 square feet to the resort, which presented an opportunity to drastically expand the use of geothermal.

“Engineering talked ownership into gambling with a higher-volume, more efficient system,” John Kassai, the manager of the Peppermill Central Plant & Geothermal operations, explains during a tour of the resort’s geothermal operations.

Geothermal district-heating could be one of the ways that US cities meet their decarbonization goals.

It didn’t come cheap: The initial outlay for the geothermal expansion was $9.7 million, and there was no guarantee the water would be hot enough. They needed water temperatures of at least 170 degrees Fahrenheit; the water they found is about 172 degrees Fahrenheit. It was a lucky gamble, but even a bigger win than expected.

“So return on investment, when we did this, was supposed to be five years, correct? We did it in three,” Kassai says. “It paid for itself in three years.”

The last time the Peppermill crunched the numbers, three or four years ago, the geothermal heating system had saved the company $6 million. The carbon emissions associated with heating and cooling the sprawling complex have also plummeted. The two boilers the Peppermill once needed for heating and hot water now sit idle, a backup in case of emergency. (Kassai offered to turn them on as a demonstration, but I didn’t want the unnecessary carbon emissions on my conscience.)

Geothermal heating isn’t so different from geothermal electricity production, in that the geothermal water is put through a heat exchanger to warm a secondary liquid, in this case, more water, which is then used in all the normal heating and cooling applications. So all the water in the hot tubs (and the pools and the showers) is just normal water, not the arsenic-laced liquid drawn from the bowels of the Earth.

As cities adopt new climate goals, geothermal district-heating could be one of the ways they meet decarbonization goals. Boise, Idaho, the first US city to use geothermal water to heat buildings, back in the 1890s, announced plans for a significant expansion in 2021 to aid the city in becoming carbon neutral by 2050. At the time, geothermal accounted for about 2 percent of the city’s energy use. Officials said that expanding the system by 40 percent won’t even require drilling new wells—just more piping.

“Although there are only 23 US GDH systems in operation today, the barriers to expansion of this sector are primarily political, social, and economic—not technical,” the report concludes.