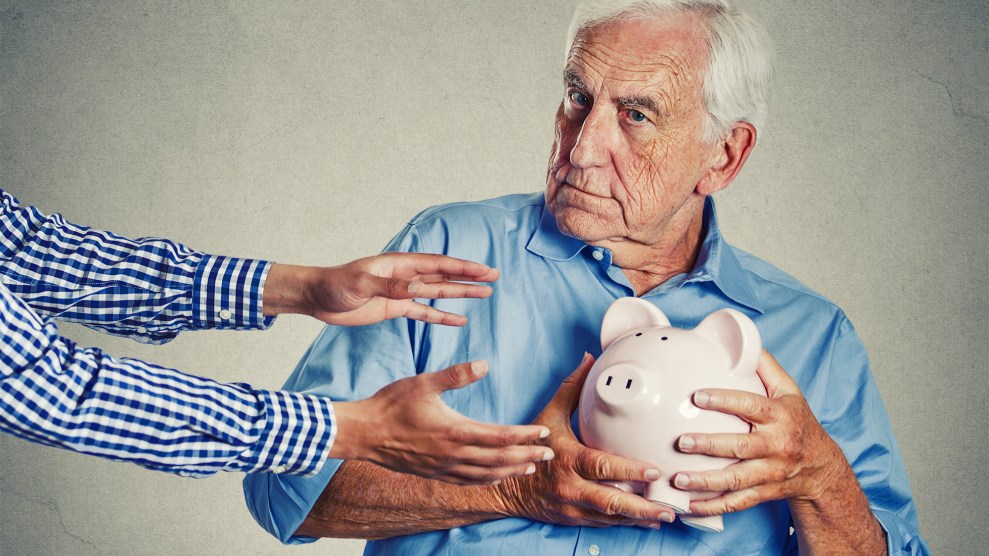 Individuals in rich countries face huge financial losses if climate action slashes the value of fossil fuel assets, a study shows, despite many oil and gas fields being in other countries.

The researchers estimated that existing oil and gas projects worth $1.4 trillion would lose their value if the world moved decisively to cut carbon emissions and limit global heating to 2C. By tracking many thousands of projects through 1.8 million companies to their ultimate owners, the team found most of the losses would be borne by individual people through their pensions, investment funds, and shareholdings.

The analysis also found that financial institutions have $681 billion worth of these potentially worthless assets on their balance sheets, more than the estimated $250-500 billion of mispriced subprime housing assets that triggered the 2007-08 financial crisis.

The researchers did not predict if or when these fossil fuel “stranded assets” would cause a financial crash, but said the size of the number was worrying. The US and UK are by far the countries with the biggest potential stranded assets in their financial sectors.

Overall, the study calculated that individuals own 54 percent of the $1.4 trillion in oil and gas assets at risk—$756 billion. Three-quarters of these people are in the 38 developed countries in the Organization for Economic Co-operation and Development (OECD) group. Governments and corporate creditors carry the balance.

But the proportion is much higher in the US and UK, where individuals own 86 percent and 75 percent of the potentially stranded assets respectively. In contrast, 80 percent of those assets in China are owned by the government.

The rate of change required is “so large that the rapid collapse of fossil fuel industries presents major transition risks,” the study noted.

“It is pretty obvious now that the fossil fuel companies are doing things that are not compatible with mitigating climate change,” said Dr Gregor Semieniuk, at the University of Massachusetts Amherst, US, who led the research. The Guardian recently revealed that oil and gas companies are planning scores of vast “carbon bomb” projects that would shatter internationally agreed climate targets.

“I did not imagine that individual people would ultimately end up with so much of the risk,” said Semieniuk. “This is particularly relevant for countries like the US and UK, which show up as very major losers. That is where I think the losses really get spread around society.”

The study, published in the journal Nature Climate Change, said the rate of change needed to tackle the climate crisis was “so large that the rapid collapse of fossil fuel industries presents major transition risks.” The researchers compared a scenario in which little was done to limit global heating and temperatures rise by 3.5C with a scenario in which substantial action was taken and the global temperature rise was limited to 2C.

In the second scenario, oil and gas projects valued today at $1.4 trillion cannot continue production and lose their value. The team traced this loss from 43,439 oil and gas production assets through a network of 1.8m companies to their ultimate owners. They concluded: “Most of the market risk falls on private investors, overwhelmingly in OECD countries, including substantial exposure through pension funds and financial markets.”

The countries hit hardest by losses in the financial sector would be the US, with $283 billion at risk, and the UK ($98 billion), both far above the third-placed nation, the tax haven of the British Virgin Islands ($28 billion). Canada and Australia are in the top six. About 90 percent of the risk in the UK is due to ownership of oil and gas assets in other parts of the world.

Companies in the Middle East do not have such high losses in the 2C scenario because some oil and gas will continue to be used and they are the cheapest suppliers.

Semieniuk said the $681 billion of potentially worthless oil and gas assets on the balance sheets of financial institutions was large compared with the sub-prime housing assets that led to the 2007-08 financial crash.

“One can compare these numbers in the sense that there’s a bunch of mispriced assets floating around, if we believe in climate change mitigation,” he said. “This number is quite worrying. If the transition [to a net zero world] isn’t prudently managed, it raises the risk of financial instability.”

Mike Coffin, at the financial think tank Carbon Tracker Initiative, said the new analysis was complementary to CTI’s own research, which recently found oil companies were at risk of wasting $500 billion on future projects.

Coffin said the study focused on future losses from existing assets. “What is critical is that investors recognize the risk of committing huge amounts of capital in new assets that run the risk of becoming stranded as long-term fossil demand weakens.” The Guardian recently worked with CTI to show the 12 biggest oil companies are on track to spend $103 million a day to 2030 on projects that would mean attempts to keep global heating well below 2C would fail.

The study also focused on exploration and production. But including other parts of the oil and gas industry, such as refineries and equipment suppliers, would increase potential losses, Coffin said. “The overall magnitude of the stranded asset risk within the oil and gas industry is likely to be significantly larger than that quantified in the study.”