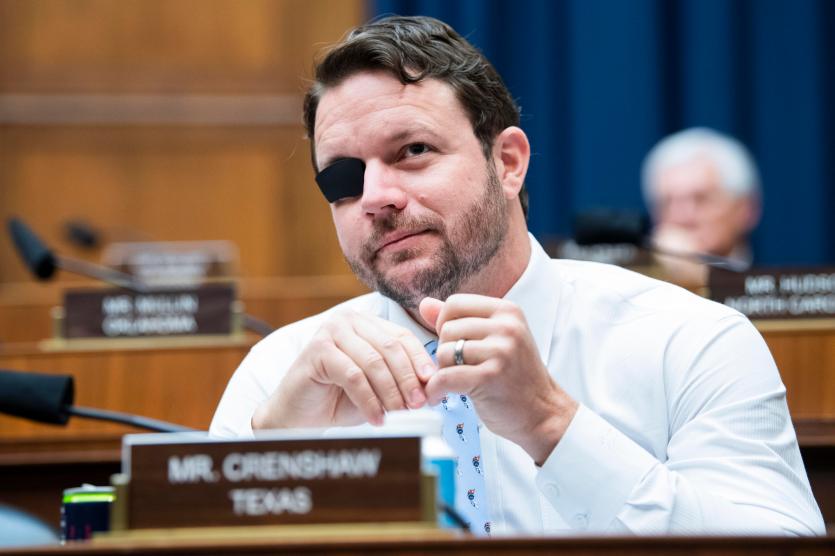 This story was originally published by the HuffPost and is reproduced here as part of the Climate Desk collaboration.

Executives from six major oil and gas companies testified during a congressional hearing this past week as gasoline prices neared record highs and a calamitous report on the urgency of fighting climate change was released.

The hearing before a House Committee on Energy and Commerce subcommittee focused on whether the industry is prioritizing profits over increased domestic production, and lawmakers from both parties called on industry executives to get to work and boost output in order to provide relief at the pump. It was also, however, a rare opportunity for lawmakers to press major oil executives on what they are doing to combat climate change, which their industry has played an outsized role in driving.

This week, a new United Nations report warned that global greenhouse gas emissions must peak no later than three years from now, then be slashed nearly in half by 2030 in order to stave off the worst effects of climate change.

But that’s nothing to worry about, according to Republicans. Instead, two GOP members of the oversight and investigation subcommittee urged industry leaders to stop catering to environmentalists and instead double down on the very energy sources that have put the world on a path toward catastrophic and irreversible climatic change.

“That’s the argument you should be making instead of behaving like you have Stockholm syndrome.”

Rep. Dan Crenshaw (R-Texas) noted during the hearing that global energy demand is forecast to increase 50 percent by 2050 and declared that “renewables will never meet that demand—never.” He then rattled off a list of metals and other resources that would have to be mined and secured to transition from fossil fuels to renewables. And he touted the greenhouse gas emission reductions that could result if all coal-generated power were replaced with natural gas.

“That’s the argument you should be making instead of behaving like you have Stockholm syndrome, like your civility to the radical environmentalists in Congress and this administration will one day get them to like you,” Crenshaw told the oil industry executives. “They will never like you.”

“Please stand up for your work, your employees and your consumers,” he added. “Speak the truth. Don’t pander to what they want on the left, because Americans need you.”

Fact 1: American oil and gas production is cleaner than any other country.

Fact 2: Global energy demand WILL increase by 50 percent by 2050, with most of that coming from oil and gas.

Among other things, Crenshaw’s comments ignore the suffering and devastation that climate change-fueled heat waves, drought, and extreme weather are already causing around the globe—and that will grow worse with every additional degree of warming.

Among the six executives who received Crenshaw’s pep talk were Chevron CEO Michael Wirth and ExxonMobil CEO Darren W. Woods. Chevron and ExxonMobil are both among the top 10 contributors to Crenshaw, donating $29,774 and $23,153, respectively. Crenshaw has received a total of $693,435 in campaign donations from the oil and gas industry over his career, according to data compiled by the Center for Responsive Politics.

Rep. Bill Johnson (R-Ohio), another huge beneficiary of industry campaign cash, gave an equally obsequious lecture, telling the executives they deserve thanks and praise for what they do “to keep the lights on” and “quite literally to fuel modern life as we know it in America.”

“But there’s a problem,” Johnson said. “Many of you have big advertising budgets. Why won’t you tell that story? I’m not going to name names, but we’ve all seen the TV commercials from Big Oil, filled with solar panels, green climate messaging about how you’re diversifying your portfolio and how you’re embracing liberal, progressive values.”

“What’s been your return on investment with that effort?” Johnson continued. “You’ve taken a shellacking today from the Democrats. Do they seem impressed by your efforts to show your allegiance to their anti-fossil fuel agenda?”

He accused the industry of “chasing radical green progressive values.” The oil and gas sector has given Johnson $725,609 over his political career, more than any other industry.

‘You’ve taken a shellacking today from the Democrats’—Rep. Bill Johnson gets real worked up on behalf of the fossil fuel industry, asking what’s their ‘return on investment’ for embracing ‘radical, green progressive values’ pic.twitter.com/xG8UmmtyEn

Earlier in the hearing, executives from BP and Shell touted their companies’ investments in renewable energy, including wind and solar, as well as the electrification of the automotive industry. But those investments pale in comparison to the amount of money the industry continues to funnel toward new fossil fuel production and projects.

Republican lawmakers’ rhetoric about fossil fuels being superior to renewables—cheaper and more reliable—not only highlights the division in Washington over future energy policy, it also underscores one of the main takeaways from the new UN report: that the biggest obstacle to aggressive climate action is not technology or the affordability of renewables; it is political forces.

Renewable energy is rapidly getting cheaper and more competitive. From 2010 to 2019, the price of solar energy and lithium-ion batteries fell 85 percent, while wind dropped 55 percent, according to the report.

Politicians and conservative think tanks repeatedly, and falsely, attack green energy as not yet ready for prime time.

But politicians and conservative think tanks repeatedly attack green energy as not yet ready for prime time. A major example of right-wing climate misinformation played out last winter, when a powerful winter storm triggered blackouts across Texas. Crenshaw and Johnson joined a chorus of Republicans who initially blamed the grid outages on the failure of wind turbines and solar panels.

In fact, the primary cause of the deadly blackouts wasn’t that renewables didn’t work in the extreme winter weather. It was that instruments froze at coal, nuclear and natural gas power plants.

“Let me remind you, people die from lack of energy—and in large numbers,” Crenshaw said at Wednesday’s hearing. “I hope all that green compassion I always hear about has some answers for that.”

He voiced no such hope that existing fossil fuel infrastructure would prove more reliable the next time Texas experiences extreme weather.