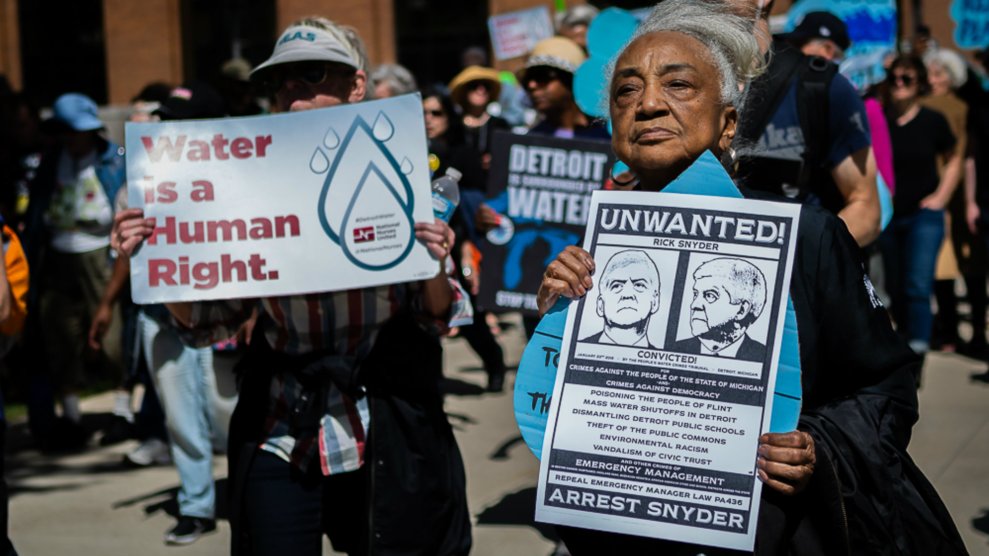 A long-awaited report from the Environmental Protection Agency’s internal watchdog criticized the agency’s initial approach to the water crisis in Flint, Michigan, and urged a series of reforms to ensure that such a dramatic breakdown in state and federal oversight never occurs again. The report specifically focused on the actions made by supervisors in the agency’s Region 5 office, which is responsible for overseeing Michigan and five other midwestern states.

The 69-page inspector general’s report said that those with responsibility for the crisis at EPA’s regional office did not sufficiently invoke their oversight authority under the Safe Drinking Water Act and, in their reluctance to act, let the crisis worsen.

“During the Flint water crisis, Region 5 leadership did not employ many of its SDWA authorities,” the report stated. “Flint drinking water contamination continued, in part, because the public health protection authorities of the SDWA were not used effectively.”

The inspector general’s office opened the probe into the agency’s response over two years ago. In an interim report issued in October 2016, investigators said the EPA’s regional office “had the authority and sufficient information” to intervene in Flint by June 2015.

As is well known by now, the crisis began in 2014 when the city of Flint changed its water source from Lake Huron to the Flint River. Michigan officials repeatedly overlooked complaints from residents—the majority of whom are black—that the water was discolored and had a foul stench. Miguel Del Toral, a manager for the EPA’s Midwest water division, told his superiors in the spring of 2015 that the water taken from the Flint River had not been properly treated. Instead of promptly acting, Region 5 Administrator Susan Hedman told the Detroit News that she had expected the Michigan Department of Environmental Quality to act.

Behind the scenes, the EPA spent six months arguing with DEQ over whether Michigan was required to add chemicals to the water that would prevent contamination from lead in pipes and plumbing connections. The agency did not go public with its concerns because its officials ultimately concluded that it was up to the state to determine if it met the guidelines the EPA set. Hedman ultimately resigned after the inspector general’s office released its interim report. Eventually, 15 people, including the state’s former chief medical executive and head of the Michigan Department of Health and Human Services, were criminally charged in connection to the crisis in Flint.

“EPA Region 5 did not intervene to bolster the Michigan department’s drinking water program so that it met minimum federal standards,” said Charles Brunton, a program analyst in the Inspector General’s Office of Audit and Evaluation, in a podcast released with the inspector general’s report. “We found that the EPA’s internal communications, and communications between the Michigan department and the EPA, did not convey key information about human health risks from lead contamination in Flint.”

He added, “This lack of communication limited the EPA’s knowledge about risks and contributed to the delayed federal response.”

This is a developing story and will be updated.