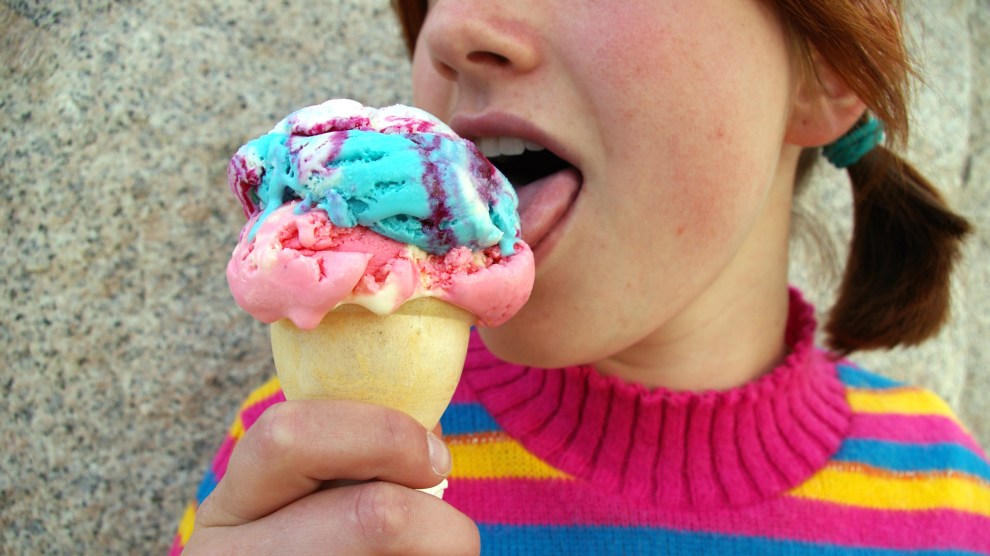 On our latest episode of Bite, we talked to political journalist Dylan Matthews, someone who couldn’t care less about food. Matthews opts for cheap burritos over caviar and dislikes eating certain textures. The conversation got me thinking—what about those who really enjoy the taste of food?

Supertasters tend to be pretty picky eaters and prefer to stick to bland food.

You’ve probably heard of the legendary “super tasters,” people with a higher sensitivity to taste stimuli. I always envied these people—how enjoyable it must be for them to sink their teeth into milk chocolate with a gooey caramel core, or have a leg up in identifying complexities in a glass of red wine from Bordeaux. But that’s not quite the case. Linda Bartoshuk, a professor of food science and human nutrition at the University of Florida’s Center for Smell and Taste, says super tasters tend to be pretty picky eaters and prefer to stick to bland food, which means they may have more in common with Dylan Matthews than with restaurant critics.

Here are some more things you may not realize about super tasters and the science of taste:

Being able to recall the varietal, year, region, and make of wine with such accurate (and perhaps smug) detail isn’t due to having more taste buds. It’s often associated with practice and the ability to learn vocabulary and remember taste associations, according to Steven Munger, director of the Center for Smell and Taste. “What [wine expertise] may be doing is changing your ability to access information more efficiently and put it in a context of a memory,” Munger said.

Supertasters tend to avoid alcohol and cigarettes because of the strong flavor and unpleasant taste.

Given the bitterness or often distinct texture of certain vegetables like leafy greens, super tasters tend to dislike their strong flavors. Bartoshuk says this may lead them to incorporate these healthy foods a lot less in their diets than the average eater.

Bartoshuk estimates that about 15 percent of Americans are supertasters, and women fall into the category more than men. She proposes this may have to do with how we evolved: A pregnant woman’s sensitivity to bitter foods (sometimes a sign of poison) would have been an advantage for her fetus.

Having a lot of taste buds doesn’t mean they’ll all stay on your tongue forever. Taste nerves found in the inner ear and the back of the throat can be damaged by infections or surgeries on the middle ear or tonsils.

When a Harvard researcher mistranslated a German scientist’s 1901 study, the idea of “tongue maps” spread and is still found in textbooks today. The concept that sweet is tasted on the tongue’s tip and bitter on the back is a taste myth scientists are still trying to dispel. We experience all five tastes—sweet, salty, sour, bitter, and umami (think broth or soy sauce)—on the front, sides, and back of our tongue.

Taste test: Find out if you’re a super taster.

Tongues are covered with fungiform papillae, mushroom shaped-structures that house our taste buds, and supertasters have a lot more papillae than the average taster. The best way to test if you’re a supertaster, Bartoshuk says, is to take a close look at your tongue and compare it with friends’ or family members’.

Here’s an easy test you can do with a group of people:

1. Get some Q-Tips, blue food coloring, and a magnifying glass.

2. Have everyone put a couple of drops of blue food coloring on a Q-Tip and swab their tongues. Taste buds won’t get as saturated with color as the rest of the tongue—they may remain pink or turn a lighter shade of blue.

3. Use a magnifying glass to look at the tongues. Supertasters’ tongues will be visibly covered by more fungiform papillae.

Then again, if you’d rather avoid dying your tongue bright blue, you can always order a supertaster kit online.