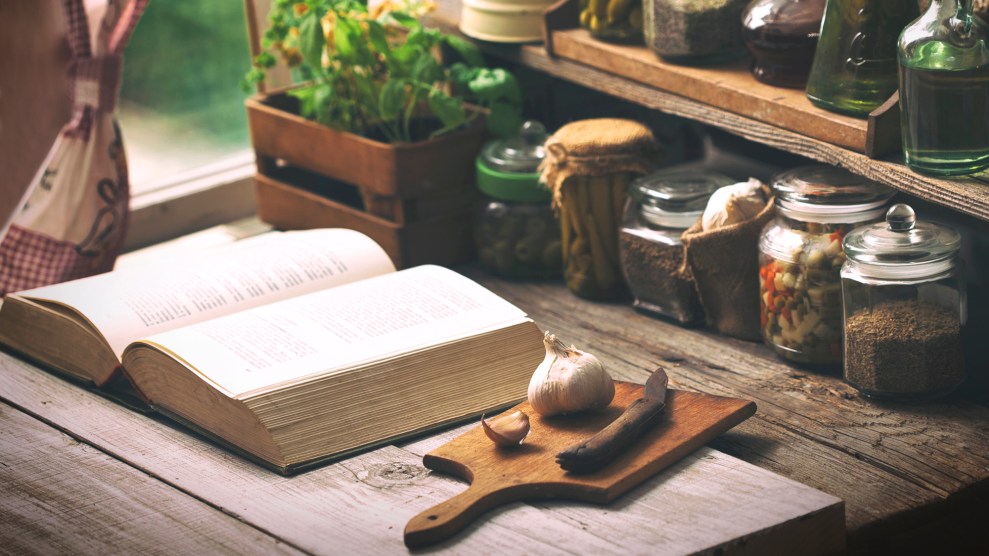 It takes Tess, a 22-year-old waitress new to Manhattan, about three months to master the art of balancing three plates on one arm. It’s not long before a fine-dining restaurant kitchen becomes her whole world, and its crew of employees, her family. Tess quickly adapts to a life of cocaine-addled adventures in Sweetbitter, novelist Stephanie Danler’s coming-of-age story.

Danler drew detail from her own experience working as a back-waiter, bartender, and restaurant manager in New York City. In our latest episode of Bite, we talked to Danler about her career waiting tables while moonlighting as a writer, how restaurant staffs mirror families, and the fast life that often comes with a job in the service industry. We also talked about our favorite food-filled fiction.

Inspired by Danler, we polled Mother Jones staffers and readers for some of their favorite descriptions of food in novels. Here, in no particular order, are their responses. Enjoy, and leave your ideas in the comments. 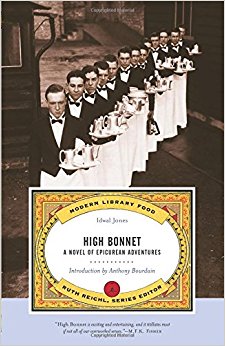 1. High Bonnet: A Novel of Epicurean Adventures, by Idwal Jones (originally published 1945, new edition available with a great intro by Anthony Bourdain). Balzac in cook’s whites—earnest young guy from the provinces goes to Paris with the intention of making it big as a chef, experiences mishaps, triumphs, etc. Great stuff on the inner workings of the kitchen model that still dominates the restaurant scene, even here in the United States: the “brigade” system, modeled after the military, characterized by strict hierarchy and division of labor—the intrigues, betrayals, hazings, unexpected acts of solidarity and kindness. And great food descriptions! Bourdain wrote that, with a few tweaks, it could have been set in modern NYC. —Tom Philpott

2. Dorothy Canfield Fisher’s Understood Betsy, with its wonderful descriptions of the meager meals Betsy had before she went to live in Vermont, and the hearty meals she had once she moved there, and of course the great descriptions of butter churning and the like. —Linda B.

3. The Corrections, by Jonathan Franzen. This novel follows an elderly couple from the Midwest and their three adult children. One is a hipster chef in Philly who experiences culinary triumphs and misadventures, and another is Chip, a disgraced academic who’s down on his luck. Franzen creates a hilarious scene when Chip attempts to buy food at a market on Grand Street in New York City (cleverly dubbed the “Nightmare of Consumption”) and realizes he can’t afford much of the fancy food items. —Tom Philpott
A sample: “Finally he abandoned the Italian idea altogether and fixed on the only other lunch he could think of—a salad of wild rice, avocado, and smoked turkey breast. The problem then was to find ripe avocados. He found ripe avocados that were the size of limes and cost $3.89 apiece. He stood holding five of them and considered what to do. He put them down and picked them up and put them down and couldn’t pull the trigger. He weathered a spasm of hatred of Denise for having guilted him into inviting his parents to lunch. He had the feeling that he’d never eaten anything in his life but wild-rice salad and tortellini, so blank was his culinary imagination.”

4. My first book, Island of a Thousand Mirrors. Lots of Sri Lankan food. I’ve had readers say it makes them want to cook it. —Nayomi Munaweera

5. The Hundred-Foot Journey, by Richard Morais. Only 100 feet separate a traditional French restaurant and a new Indian eatery across the street, but there is a world of cultural distance between the two. The novel, set in the foothills of the Alps, follows the son of the Indian restaurant’s owners, from his introduction to cooking as a boy in Mumbai to his education at the French restaurant and beyond. Steven Spielberg’s 2013 movie version starred Helen Mirren and Manish Dayal. —Jenny Luna
A sample: “This was a weekly ritual at the restaurant, a constant pushing of Bappu to improve the old recipes. It was like that. Do better. You can always do better. The offending item stood between them, a copper bowl of chicken. I reached over and dipped my fingers into the bowl, sucking in a piece of the crimson meat. The masala trickled down my throat, an oily paste of fine red chili, but softened by pinches of cardamom and cinnamon.” 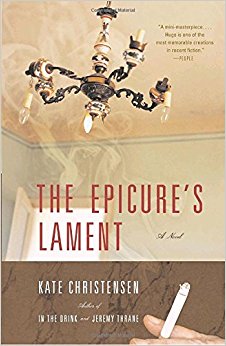 6. If you read Laura Ingalls Wilder’s Little House books as an adult, as I just did (to my daughter), you realize it’s all about food. Probably because the Ingalls family was frequently hungry. Lots of cream. Salt pork. Beans. Corn porridge and corn bread. Butter. Wild game. Bear meat. Quail. Sugar on everything. The beginning of comfort food. —Moises V-M

7.  In the memorable first scene of Toni Morrison’s Beloved, an ex-slave welcomes an old friend into her house with Southern biscuits. Meals play many different roles throughout this heart-wrenching novel. —Kiera Butler

8. The description of making molasses snow candy in Little House on the Prairie blew my mind as a snowless Southern Californian kid. It just seemed so fun. —Sarah Z.

9. All of the Yashim mysteries, by Jason Goodwin. (The Janissary Tree is the first one.) Cooking in Istanbul, with fresh ingredients. —Jan H.

12. Like Water for Chocolate: A Novel in Monthly Installments With Recipes, Romances, and Home Remedies, by Laura Esquivel. This sensuous novel focuses on a young woman who is in love with her sister’s suitor. Because she can’t express her emotions, she instead unleashes them in her food—with powerful results. —Jenny Luna

13. Cormac McCarthy’s All the Pretty Horses. So much camp coffee, so many tortillas. —Casey M.

14. The Epicure’s Lament, by Kate Christensen. A dying man plans on relishing his final days alone in his family’s mansion with copious amounts of food and whiskey—but his family members have other plans. —Jenny Luna

15. Sylvia Plath was interested in the shame most women associated with the sensual pleasure of eating. In The Bell Jar, she delves almost comically into how much Esther loves to eat compared with the other girls on her college internship. —Katie F.
A sample: “In New York we had so many free luncheons with people on the magazine and various visiting celebrities I developed the habit of running my eye down those huge handwritten menus, where a tiny sir dish of peas cost fifty or sixty cents, until I’d picked the richest, most expense dishes and ordered a string of them. We were always taken out on expense accounts, so I never felt guilty. I made a point of eating so fast I never kept the other people waiting who generally ordered only chef’s salad and grapefruit juice because they were trying to reduce. Almost everybody I met in New York was trying to reduce…Under cover of the clinking of water goblets and silverware and bone china, I paved my plate with chicken slices. Then I covered the chicken slices with caviar thickly as if I were spreading peanut butter on a piece of bread. Then I picked up the chicken slices in my fingers one by one, rolled them so the caviar wouldn’t ooze off and ate them.” 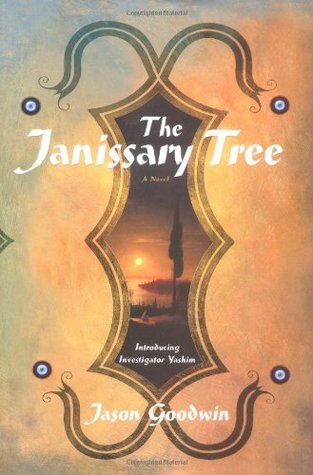 16. Dickens has amazing writing about food and not necessarily “good” food. I read Great Expectations years ago and I still describe it as “bolting” my food. —Tej S.

17. Desperate Characters, by Paula Fox. Not only does this novel dramatize the first stirrings of the gentrification wave that would decades later transform Brooklyn—it’s set mainly in Cobble Hill—it also beautifully depicts the late mid-century stirrings of foodie-ism that would later engulf US culture. —Tom Philpott
A sample: “Mrs. and Mrs. Otto Bentwood drew out their chairs simultaneously. As he sat down, Otto regarded the straw basket which held slices of French bread, an earthenware casserole filled with sautéed chicken livers, peeled and sliced tomatoes on an oval willowware platter Sophie had found in a Brooklyn Heights antique shop, and risotto Milanese in a green ceramic bowl. A strong light, somewhat softened by the stained glass of a Tiffany shade, fell upon this repast.”