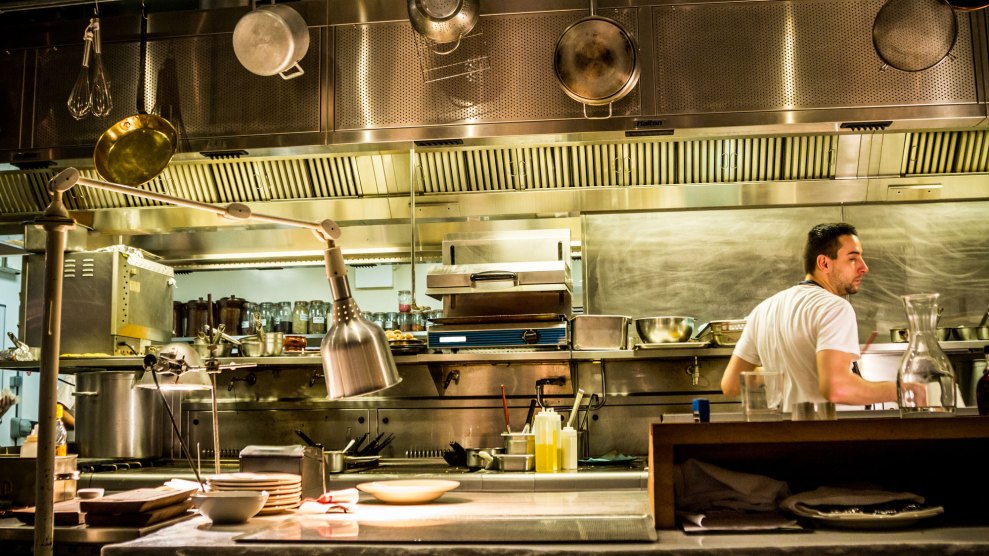 We often hear about the growing scarcity of some of the foods we love the most, like certain strains of cacao or species of fish. But there’s something else lacking in some of the country’s hottest food scenes, an element that’s pretty crucial to dining out: cooks. For at least five years, restaurant owners and head chefs at some of the nation’s top eateries have been complaining about a shortage of trained talent in the industry. The demand for these kitchen workers certainly hasn’t slowed: New full-service restaurants keep opening left and right, and cooks are among the Bureau of Labor’s top 10 jobs projected to grow the most between 2014 and 2024.

On a recent episode of Bite, we looked into why some of these cooks are leaving their jobs in the San Francisco Bay Area and what one restaurant is doing to try to solve the shortage. The segment (which begins at 2:20) was inspired by this article by journalist Sarah Henry.

Gwyneth Borden, the executive director of San Francisco’s Golden Gate Restaurant Association, listed a few reasons so many cooks are leaving their kitchens—the most obvious being housing prices. According to a survey of 8,000 Craigslist ads, median rent in the city in January was $3,750 per month. The average annual salary for a restaurant cook in California, on the other hand, is little more than $26,000, while chefs and head cooks in the state make $45,800 on average. Other factors like limited public transit make it tough for cooks in the Bay Area to get home after a late-night restaurant shift.

Some restaurants owners are offering incentives like higher wages and health care to get cooks to stay. Azhar Hashem opened Tawla, an Eastern Mediterranean restaurant, on Valencia Street last year. Hashem was once a Google executive; she decided to apply some of the lessons she learned in tech to the restaurant industry, such as offering health benefits and experimenting with distributing some of the restaurant’s monthly profits directly to her employees. Although Hashem’s labor costs are as much as 58 percent of her total budget (much higher than most restaurants), she says, she thinks the investment will encourage her staff to stick around.

“I’m sure restaurant owners will look at me and say, ‘Oh my god, you’re crazy,'” Hashem said. But she believes that “this will allow us for now to grow the business to where we want it to be.”