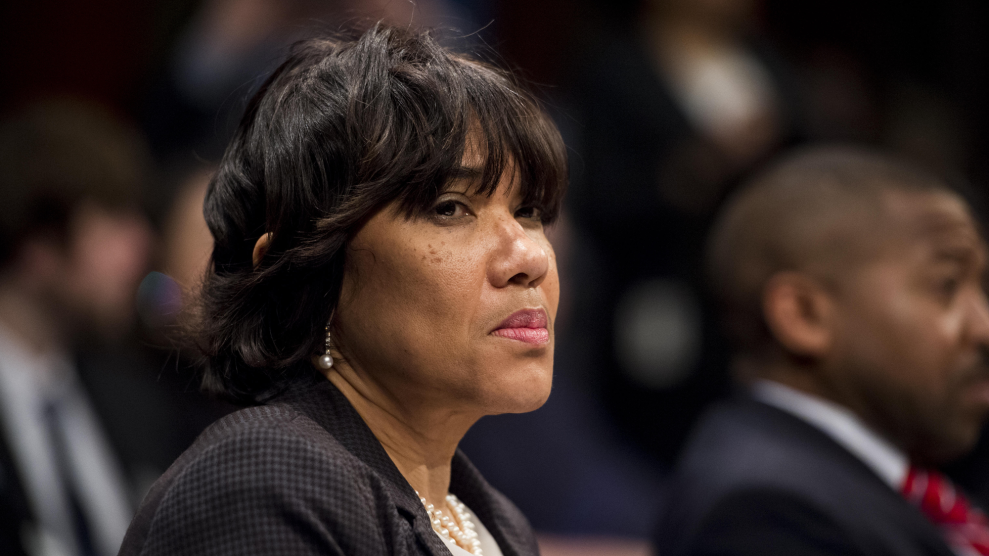 In November, Flint residents elected a new mayor, Karen Weaver, who promised to help solve the city’s lead crisis and hold local authorities accountable. Now, she’s mired in a controversy of her own.

On Monday, former City Administrator Natasha Henderson filed a lawsuit in US District Court against Weaver and the city of Flint, claiming she was wrongfully fired after raising concerns that Weaver was steering donations for Flint families into a campaign fund. According to the complaint, Henderson was approached in February by a tearful city employee, Maxine Murray, who told Henderson “she feared going to jail.” The mayor, the suit claims, had instructed Murray and a volunteer to direct donations from Safe Water Safe Homes, a fund created to repair antiquated plumbing in Flint homes, to a campaign account called Karenabout Flint, and give them “step-by-step” instructions on how to make a donation.

As CNN notes, “Karenabout Flint” is not a state-registered PAC, though “Karen About Flint” was the mayor’s campaign slogan, Twitter handle, and campaign website. According to the lawsuit, Henderson, the city’s top unelected official, reported the matter to Flint’s chief legal council in February and requested an investigation. Three days later, she was terminated on the account that there was no room in the city budget to fund her position—though Henderson noted that her position was funded by the state.

Read the full complaint below.

Weaver denies the allegations. “It is the general policy of the City of Flint to not respond to allegations in civil lawsuits. However, in this instance, I want to personally state that legal counsel for the city will be responding to the allegations and outrageously false claims being asserted against the city and me by Ms. Henderson,” she said in a statement on Wednesday. “It saddens me that someone would attempt to taint me as Mayor of a city that is dealing with a major public health crisis, which has affected every man, woman and child in Flint.”