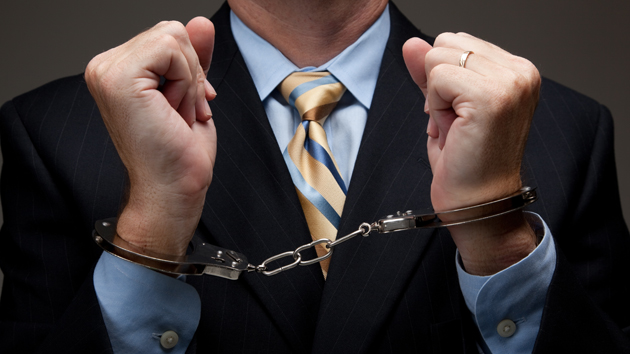 Should politicians and pundits who deny climate change be held criminally liable for the misinformation they spread? Gawker‘s Adam Weinstein—our friend and former colleague—thinks so, and has called for the arrest of outspoken deniers. “Those denialists should face jail,” Weinstein writes. “They should face fines. They should face lawsuits from the classes of people whose lives and livelihoods are most threatened by denialist tactics.”

Predictably, the denier crowd isn’t buying the argument. A post on the Heartland Institute’s website links Weinstein to “liberal fascism”: “Liberals who are that soaked in the ideology of catastrophic man-caused global warming are fascists. Full stop.” Even those normally on Weinstein’s climate-change-believing side are pouring scorn in the comments section: “I also want a unicorn. One that shoots rainbow-colored lasers out of its ass. Since, y’know, we’re talking about wish-fulfillment that will never, ever happen.”

So who’s right? Much as we like the spirit of Weinstein’s argument, ultimately, we disagree with its premise. Here’s why:

We should not conflate scientists with blowhards.

As an example of a “clear precedent,” Weinstein points to a small group of scientists formally commissioned by the Italian government in March 2009 to carry out an earthquake risk assessment of the town L’Aquila. Six days after they delivered their report, which downplayed the risk, a major quake struck, killing 309 people. The scientists (and one government official) were convicted of manslaughter. A court called the report “inexact, incomplete, and contradictory,” and blamed it for leaving residents ill-prepared.

But the L’Aquila example doesn’t exactly work as an analogy to climate change. Weinstein advocates for the criminal prosecution of the “purulent pundits, paid sponsors, and corporate grifters” who publicly deny climate science. Those people are not equivalent to the L’Aquila crew for one important reason: They are not scientists. No one hired them to make any official pronouncement about the risks of climate change. Their tirades—no matter how wrong—reflect only their own opinions.

Even if the L’Aquila decision were analogous to climate change, that wouldn’t mean it was right. After the L’Aquila judgment was handed down, scientists around the world became nervous about its possible chilling effect on their profession. “One can imagine that, next time there are rumblings heard from Vesuvius, Italian volcanologists are going to be reluctant to make any statement because they have no guarantee that they won’t find themselves arrested if they say one thing and it turns out to be another,”Roger Musson of the British Geological Surveytold The Guardian

“I think that imposing criminal penalties for anti-scientific views would be a step in a very dangerous direction,” Gerrard says.

“The first amendment is there for a reason,” says Michael Gerrard, director of the Center for Climate Change Law at Columbia University. “I think that imposing criminal penalties for anti-scientific views would be a step in a very dangerous direction.”

“I believe in sunlight,” says Stephen Kass, an environmental lawyer and professor at New York University, who has also served on the board of directors of Human Rights Watch. “I think climate deniers absolutely should not be locked up. They should be made to go in public, with a spotlight on them, and get them to explain why they are denying the fact of climate change.”

“I think climate deniers absolutely should not be locked up,” Kass says. “They should be made to go in public.”

Kass warns that a crackdown would also play straight into the hands of the deniers by giving them a platform on which to cry foul, setting back real political progress. “For me the climate deniers are not the problem, because deniers are already losing the battle,” he says.

Scientific American recently reported that “more than 60 percent of Americans in every state favor government-imposed limits on greenhouse gas emissions from businesses and power plants.” Why undo that work by handing the deniers an even louder megaphone?

That doesn’t mean the climate should stay out of the courtroom.

The Obama administration’s push to regulate greenhouse gas emissions, for example, would provide one avenue for legal action against power non-compliant power plants. Another option, according to Columbia University’s Gerrard, is charging energy companies with securities fraud if they mislead their investors about their firms’ exposure to climate risks.

There could be another lesson in the history of legal action against tobacco companies. Naomi Oreski writes in her book Merchants of Doubt that the industry knew for decades about the perils of smoking, “conspired to fight the facts, and to merchandise doubt.” (Sound familiar?) But finally in 1994, Mississippi, Minnesota, Florida, and Texas all sued the tobacco industry for reimbursement of health care costs ratcheted up by citizens smoking. Forty-two other states followed suit. Soon the floodgates were open for individual claims, and while people still die from cancer caused by smoking cigarettes, legal action has had the effect of “curbing at least some of the worst of the tobacco industry’s abuses,” Grant writes.

Climate change lawsuits aren’t quite there yet—but there is reason for optimism. In 2008, the tiny coastal town of  Kivalina, Alaska sued Exxon-Mobil and other energy companies for $400 million in climate damages after it was more or less demolished by recurrent flooding, which the suit attributed to carbon emissions from fossil fuels. The case made it all the way to the 9th Circuit Court of Appeals, where a judge finally ruled against the Kivalinans, saying that they had no standing to sue the companies and would have to take their campaign against carbon-spewing behavior to the legislative branches. Mary Wood, the Director of the Environmental and Natural Resources Law Program at the University of Oregon, says that even though that claim (and others like it) failed, it was a significant step for it to be argued at all: “For lawyers to plead that, they would have investigated it pretty seriously,” she says.

Boston lawyer Matt Pawa, who represented Kivalina said in an earlier interview that climate litigation is in its earliest days. “I think the takeaway is that it takes a while for legal theories to get traction. In any new field of law, it’s a trial-and-error process.”

Of course, none of this solves the problem of vocal climate-change deniers. If locking them up isn’t a solution, then what? Kass suggests changing their minds—with extremely compelling evidence: “If I could get them go to a single location,” he says, “I would ask them to remain on the shores of Bangladesh for the next year, and promise not to move.”