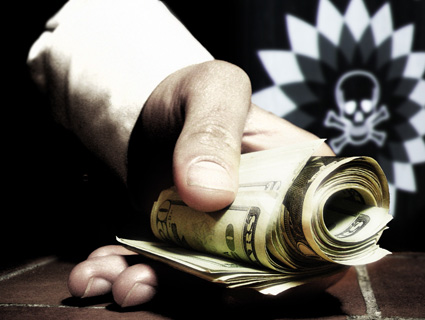 Along with “fivedollaragallongas,” the energy watchword for the next few months is: “subsidies.” Last week, for instance, New Jersey Senator Robert Menendez proposed ending some of the billions of dollars in handouts enjoyed by the fossil-fuel industry with a “Repeal Big Oil Tax Subsidies Act.” It was, in truth, nothing to write home about—a curiously skimpy bill that only targeted oil companies, and just the five richest of them at that. Left out were coal and natural gas, and you won’t be surprised to learn that even then it didn’t pass.

Still, President Obama is now calling for an end to oil subsidies at every stop on his early presidential-campaign-plus-fundraising blitz—even at those stops where he’s also promising to “drill everywhere.” And later this month Vermont Senator Bernie Sanders will introduce a much more comprehensive bill that tackles all fossil fuels and their purveyors (and has no chance whatsoever of passing this Congress).

Whether or not the bill passes, those subsidies are worth focusing on. After all, we’re talking at least $10 billion in freebies and, depending on what you count, possibly as much as $40 billion annually in freebie cash for an energy industry already making historic profits. If attacking them is a convenient way for the White House to deflect public anger over rising gas prices, it is also a perfect fit for the new worldview the Occupy movement has been teaching Americans. (Not to mention, if you think about it, the Tea Party focus on deficits.) So count on one thing: we’ll be hearing a lot more about them this year.

But there’s a problem: the very word “subsidies” makes American eyes glaze over. It sounds so boring, like something that has everything to do with finance and taxes and accounting, and nothing to do with you. Which is just the reaction that the energy giants are relying on: that it’s a subject profitable enough for them and dull enough for us that no one will really bother to challenge their perks, many of which date back decades.

By some estimates, getting rid of all the planet’s fossil-fuel subsidies could get us halfway to ending the threat of climate change. Many of those subsidies, however, take the form of cheap, subsidized gas in petro-states, often with impoverished populations—as in Nigeria, where popular protests forced the government to back down on a decision to cut such subsidies earlier this year. In the US, though, they’re simply straightforward presents to rich companies, gifts from the 99 percent to the 1 percent.

If due attention is to be paid, we have to figure out a language in which to talk about them that will make it clear just how loony our policy is.

Start this way: you subsidize something you want to encourage, something that might not happen if you didn’t support it financially. Think of something we heavily subsidize—education. We build schools, and give government loans and grants to college kids; for those of us who are parents, tuition will often be the last big subsidy we give the children we’ve raised. The theory is: young people don’t know enough yet. We need to give them a hand when it comes to further learning, so they’ll be a help to society in the future. From that analogy, here are five rules of the road that should be applied to the fossil-fuel industry.

1. Don’t subsidize those who already have plenty of cash on hand. No one would propose a government program of low-interest loans to send the richest kids in the country to college. (It’s true that schools may let them in more easily on the theory that their dads will build gymnasiums, but that’s a different story.) We assume that the wealthy will pay full freight. Similarly, we should assume that the fossil-fuel business, the most profitable industry on Earth, should pay its way, too. What possible reason is there for giving Exxon the odd billion in extra breaks? Year after year the company sets record for money-making—last year it managed to rake in a mere $41 billion in profit, just failing to break its own 2008 all-time mark of $45 billion.

2. Don’t subsidize people forever. If students need government loans to help them get bachelor’s degrees, that’s sound policy. But if they want loans to get their 11th BA, they should pay themselves. We learned how to burn coal 300 years ago. A subsidized fossil-fuel industry is the equivalent of a 19-year-old repeating third grade yet again.

3. Sometimes you’ll subsidize something for a sensible reason and it won’t work out. The government gave some of our money to a solar power company called Solyndra. Though it was small potatoes compared to what we hand over to the fossil-fuel industry, it still stung when they lost it. But since we’re in the process of figuring out how to perfect solar power and drive down its cost, it makes sense to subsidize it. Think of it as the equivalent of giving a high-school senior a scholarship to go to college. Most of the time that works out. But since I live in a college town, I can tell you that 20 percent of kids spend four years drinking: they’re human Solyndras. It’s not exactly a satisfying thing to see happen, but we don’t shut down the college as a result.

4. Don’t subsidize something you want less of. At this point, the greatest human challenge is to get off of fossil fuels. If we don’t do it soon, the climatologists tell us, our prospects as a civilization are grim indeed. So lending a significant helping hand to companies intent on driving us towards disaster is perverse. It’s like giving a fellowship to a graduate student who wants to pursue a thesis on “Strategies for Stimulating Donut Consumption Among Diabetics.”

5. Don’t give subsidies to people who have given you cash. Most of the men and women who vote in Congress each year to continue subsidies have taken campaign donations from big energy companies. In essence, they’ve been given small gifts by outfits to whom they then return large presents, using our money, not theirs. It’s a good strategy, if you’re an energy company—or maybe even a congressional representative eager to fund a reelection campaign. Oil Change International estimates that fossil-fuel companies get $59 back for every dollar they spend on donations and lobbying, a return on investment that makes Bernie Madoff look shabby. It’s no different from sending a college financial aid officer a hundred-dollar bill in the expectation that he’ll give your daughter a scholarship worth tens of thousands of dollars. Bribery is what it is. And there’s no chance it will yield the best energy policy or the best student body.

These five rules seem simple and straightforward to me, even if they don’t get at the biggest subsidy we give the fossil-fuel business: the right—alone among industries—to pour their waste into the atmosphere for free. And then there’s the small matter of the money we sink into the military might we must employ to guard the various places they suck oil from.

Simply getting rid of these direct payoffs would, however, be a start, a blow struck for, if nothing else, the idea that we’re not just being played for suckers and saps. This is the richest industry on Earth, a planet they’re helping wreck, and we’re paying them a bonus to do it.

In most schools outside of K Street, that’s an answer that would get a failing grade and we’d start calling subsidies by another name. Handouts, maybe. Freebies. Baksheesh. Payola. Or to use the president’s formulation, “all of the above.”

Bill McKibben is Schumann Distinguished Scholar at Middlebury College, founder of the global climate campaign 350.org, a TomDispatch regular, and the author, most recently, of Eaarth: Making a Life on a Tough New Planet. Follow TomDispatch on Twitter @TomDispatch and join us on Facebook. To stay on top of important articles like these, sign up to receive the latest updates from TomDispatch.com here.