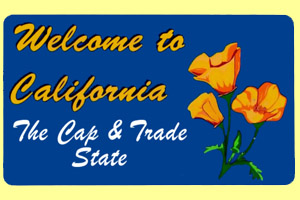 Coal is America’s cheapest and most plentiful energy source. But in California, coal is a small, shrinking part of the energy picture, and the industry is usually a minor player in state politics. So why are out-of-state coal companies suddenly trying to sink California’s groundbreaking climate change law?

The first law of its kind in the nation, California’s Assembly Bill 32 is intended to reduce the state’s greenhouse gas emissions 15 percent by 2020 through a variety of means, including energy efficiency standards and a cap and trade system similar to those being considered on the national level. The law, passed in 2006, will go into effect later this year—unless voters choose to suspend it. Last month, the law’s opponents gathered enough signatures to allow a statewide vote on Proposition 23, an initiative that would prevent AB32 from being enacted.

Even if California voters decide to scrap the climate bill in November, coal companies will be effectively forced out of the Golden State within a few years. Their share of the state’s energy mix has been falling since it banned new electricity contracts with coal-fired power plants four years ago; coal currently generates just 16 percent of California’s electricity. (The bulk comes from less carbon-intensive sources such as natural gas, nuclear, and hydropower.) “Coal contracts now in effect will simply not be renewed,” explains Stanley Young, a spokesman for the California Air Resources Board, the state air quality agency. “The demise of coal is imminent even if AB32 weren’t there.”

Yet coal companies see the battle over California’s climate policy as a proxy for the ongoing battle over climate legislation in Washington, DC. The state’s strict controls on pollution, energy efficiency, and workplace safety have often presaged similar federal laws. “Decisions made in California and other states have a tendency to spread throughout the nation, and that is something we cannot afford,” notes a recent blog post on the website of the Adam Smith Foundation, a Missouri-based think tank that recently donated $498,000 to the California Jobs Initiative, the group spearheading Proposition 23. The foundation won’t name its donors, though its blog suggests the coal industry is its main concern. “Coal is the cheapest and most sensible option for Missouri consumers,” it says, “but it and other fuels that are readily available in the Midwest are the biggest targets of liberal environmental legislation.”

“I think they are trying to nip this law in the bud before it spreads to the national level and other states,” says Steven Maviglio, spokesman for California Clean Energy and Jobs, an alliance of companies and environmental groups defending AB32. “And it’s a cheap date. They can spend a few million dollars here and try to kill something on the national level.”

So far, coal interests have chipped in a relatively small portion of the $4 million raised by the California Jobs Initiative, the group pushing to stall the law. The CJI is led by the Howard Jarvis Taxpayers Association, best known for backing Proposition 13, the 1978 antitax law that kicked off the small-government movement. It’s received $5,000 from the American Coalition for Clean Coal Electricity, a DC-based coal front group, $30,000 from Ohio’s Murray Energy Corporation, the nation’s largest privately owned coal company. (Neither returned calls requesting comment.) Another $2.2 million has come from other out-of-state interests, mostly Texas oil companies, which also see the California law as a shot across the bow in the larger climate policy debate.

And with cap and trade unlikely to pass in Washington this year, California may be the more relevant battleground. Much more money is coming. The nonpartisan Public Policy Institute of California predicts that the total cost of the campaign could reach $150 million, setting a new record for the state. Yet the California Clean Energy and Jobs campaign has raised only $2.6 million so far, less than two-thirds of what its opponents have mustered. “We’re not going to pretend to be able to match the deep pockets of the oil industry,” says Maviglio, formerly a deputy chief of staff for two Democratic assembly speakers. He notes that financial underdogs usually don’t fare well in state ballot contests: “Ninety percent of campaigns that spend more money win.”

Echoing the fossil-fuel lobby’s talking points on federal climate legislation, the anti-AB32 campaign is drawing on fears that the law will kill jobs and raise taxes. Prop 23 would suspend AB32 until California’s unemployment rate falls below 5.5 percent for four consecutive quarters (something that’s happened in only 4 of the past 20 years). The state’s unemployment rate this year has broken 13 percent, higher than it’s been at any point since the eve of World War II.

“The problem is that folks are seeing better business climates elsewhere,” says Prop 23 spokeswoman Anita Mangels. “And it’s not because we don’t have enough regulation; its because the cost of business is so high here that folks can’t afford to stay in business.” Mangels says AB32 will cost the state 1.1 million jobs and the average family nearly $4,000 annually. However, those numbers come from a study funded by the conservative California Small Business Roundtable that the state’s nonpartisan legislative analyst’s office has called “essentially useless.” An independent assessment released by the California Air Resources Board found that AB32 could slash emissions “without adversely affecting the growth of California’s economy.” And AB32’s supporters, including Google and other Silicon Valley heavyweights, argue that postponing the law could jeopardize the state’s 500,000 clean energy jobs and its status as a global tech leader.

A recent Reuters survey found that half of California voters believe that bills like AB32 will “drive investment in green technology and create green jobs,” while 38 percent believe it will “create higher energy costs and lead to cuts in traditional jobs.” A Field Poll released last week found that 48 percent of likely voters are opposed to Proposition 23; 36 percent support it.

In some respects, the opponents of AB32 face an uphill fight. The law has the firm support of Republican governor Arnold Schwarzenegger, who signed it in 2006 and views it as part of his legacy. Chevron, California’s biggest oil company, isn’t getting involved in the fight, and Pacific Gas & Electric, the state’s largest energy utility, actively supports the law. In his capacity as attorney general, Democratic gubernatorial candidate Jerry Brown has changed the name of the ballot initiative from the California Jobs Initiative to the cumbersome Suspends Air Pollution Control Laws Requiring Major Polluters to Report and Reduce Greenhouse Gas Emissions That Cause Global Warming Until Unemployment Drops Below Specified Level for Full Year. His Republican opponent, former eBay CEO Meg Whitman, supports suspending the law, but only for a year or until Congress enacts a national climate bill.

Opponents of Prop 23 see the outsized role of its out-of-state contributors as an opening. Their California Clean Energy & Jobs website is called “STOP the Texas oil companies’ dirty energy proposition.” Mangels, the proposition spokeswoman, counters that Texas oil companies are major employers in the state. Yet she stops short of making the same claim about her organization’s coal company donors. “I think you will find that folks all over the country are looking at this law,” she says, “and they’re pretty worried about what it might do to their own states and their own economies. There’s an old saying: As California goes, so goes the nation.”