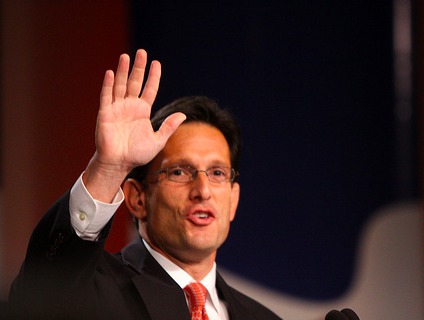 When House Republicans released their version of the Violence Against Women Act late on Friday, advocacy groups for victims of domestic violence were unanimous: They hate the Republicans’ plan.

“There are over 20 House Republicans who have made public statements in support of a bipartisan VAWA that protects all victims. This is not that bill,” said Kim Gandy, president of the National Network to End Domestic Violence said in a statement to reporters Friday evening. Monday, Nancy Zirkin, executive vice president of The Leadership Conference on Civil and Human Rights, called the House GOP’s version of the bill “nothing less than shameful.”

For more than a year, Republicans have been blocking the reauthorization of the once bipartisan Violence Against Women Act, which was first passed in 1994. House Republicans had three main objections to the new VAWA drafted in the Democratic-controlled Senate: It increased the number of visas available to undocumented victims of domestic violence, it denied grant money to organizations that discriminate against LGBT victims of domestic violence, and it allowed Native American tribal courts to prosecute non-tribe members who are accused of abusing their Indian partners.

In order to address House Republicans’ concerns, Senate Democrats removed the section of the draft VAWA that would have granted more visas to undocumented victims of domestic violence who cooperate with police against their abusers. Although law enforcement determines whether an individual has been helpful in an investigation and is therefore eligible for such a visa, Republicans charged that increasing the number of visas available would lead to fraud. This compromise version of the bill passed the Senate last week with 78 votes.

That wasn’t good enough for House Republicans, however. As the Huffington Post‘s Jennifer Bendery reported Friday, the House GOP’s version of the bill lacks the Senate language related to LGBT protections:

Specifically, the bill removes “sexual orientation” and “gender identity” from the list of underserved populations who face barriers to accessing victim services, thereby disqualifying LGBT victims from a related grant program. The bill also eliminates a requirement in the Senate bill that programs that receive funding under VAWA provide services regardless of a person’s sexual orientation or gender identity. Finally, the bill excludes the LGBT community from the STOP program, the largest VAWA grant program, which gives funds to care providers who work with law enforcement officials to address domestic violence.

Sharon Stapel, executive director the New York Anti-Violence Project, released a statement saying that “Leaving LGBT survivors of violence behind is an unacceptable response to the real violence that LGBT people face every day.” The Centers for Disease Control has found that same-sex couples experience domestic violence at the same rates as heterosexual couples.

As for allowing tribal courts to prosecute non-tribe members accused of abusing their Indian partners, Republicans altered—but did not remove—those sections of the bill. The changes the House GOP made to the law, however, make it harder to prosecute non-tribe members and harder to protect victims, according to the National Congress of American Indians. The Senate version of the bill requires that tribal courts meet the due process standards of the US Constitution. But under the Republican version of the bill, the tribal courts would also have to get the permission of the US attorney general before prosecuting a non-member. That’s a heavy burden.

That’s not the only change the GOP made that will affect American Indian victims of domestic violence. Tribal courts have long dealt with an epidemic of domestic violence by issuing civil protection orders (similar to a restraining order) against non-tribe members. Derrick Beetso, a staff attorney at NCAI, called these protection orders “the only recourse that Native women have against non-Indian abusers.” The House GOP’s version of VAWA makes it harder for tribal courts to issue these sorts of orders. Under the GOP’s plan, even a restraining order-like ruling would now require tribal courts to get permission from the US attorney general. That’s the same standard Republicans want tribal courts to meet in order to prosecute non-tribe members. “Now to exercise civil authority, they have to meet a criminal threshold,” Beetso explains. NCAI opposes this new certification requirement.

The House is expected to consider the bill later this week.